A big innovation in WhatsApp: the ability to join a voice or video call after the conversation starts 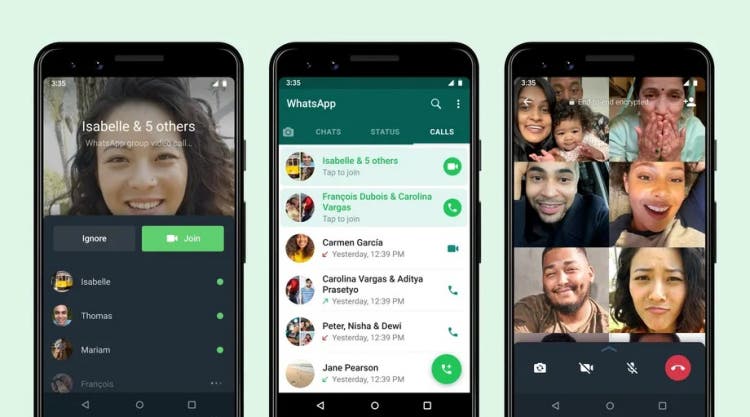 The WhatsApp messenger team has introduced a new feature that will allow you to join a voice or video call after starting a conversation. That is, if you wish, you can add the necessary people to the conversation as needed.

Similar functionality is currently being tested for group calls to Zoom or Google Meet. Given WhatsApp’s noticeably greater popularity, this feature is likely to be in demand by hundreds of millions of users.

The principle of operation of the new function is well demonstrated by the screenshot and video that were published by the developers. To join the conversation, just click the “Join” button.

In addition, on the information screen, you can see who is already in the conversation and who has been invited but has not joined yet. Like other content, this call type will have end-to-end encryption protection.

Updated versions of the software with additional features will be available to all users next Monday.

Coronavirus situation in India: Nearly 4,000 deaths in one day