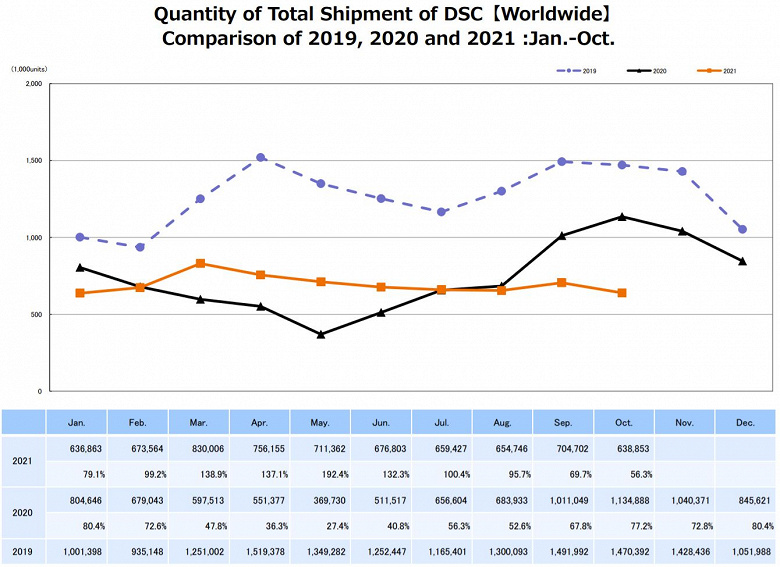 Japan Camera Manufacturers Association CIPA, which brings together Canon, Fujifilm, Nikon, Olympus, Panasonic, Ricoh, Sony and other photographic equipment companies, has updated its digital camera and interchangeable lens sales statistics for this year with October data. The data shows that camera sales are down compared to September, although there was an increase in the past year. The best month of the current year in terms of digital camera sales remains March.

Finally, 895,790 interchangeable lenses were sold in October, which is 77.1% of October last year. Note that the sales of lenses have grown significantly compared to September.