Months before the 2022 World Cup in Qatar began, the International Federation of Association Football (FIFA) announced the different limitations and rules that both players and tourists had to follow during their stay in the Arab country.

Qatar is a very conservative nation, so in order to follow the customs, one of the things that is strictly prohibited is homosexuality, so visitors are asked to respect their position and not show any affection in public roads or with flags or clothing with the LGBT flag. 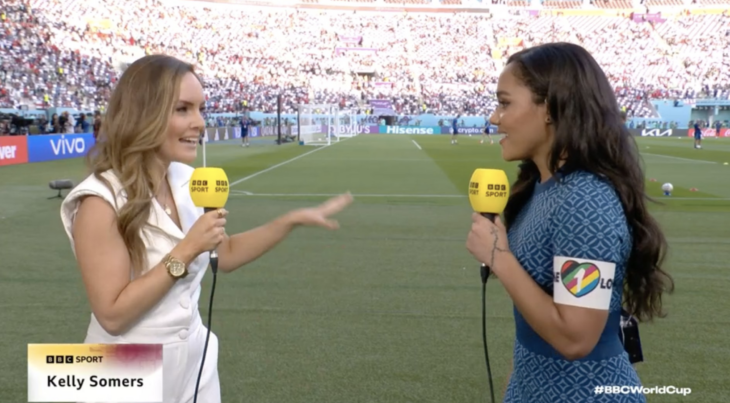 However, there is never a lack of a person willing to defy the rules, who in his eagerness to support his ideals, breaks the established rules. Just like BBC reporter Alex Scott, who during a live broadcast wore a bracelet with the colors of the LGBT flag on one of the courts at the World Cup in Qatar.

The journalist and also a former British soccer player wore the bracelet known as OneLovean accessory that the captains of ten European nations (England, Wales, Belgium, Denmark, France, Germany, Norway, Sweden, Switzerland and the Netherlands) would use to symbolize diversity and inclusion in the World Cup, but which they retracted after that FIFA announced that if they did they could be reprimanded.

Following the announcement by soccer’s governing body, the European nations released a joint statement, in which they assured that they would not wear the bracelet because they wanted to show respect to the Middle Eastern country. However, despite the possible punishments, the BBC and Sky Sports presenter decided to wear it to send an incredible message to the audience.

Faced with the news that the captains of the European nations would not be able to continue their anti-discrimination message, Scott wanted to show her support for the LGBT community, so she proudly wore the colorful armband at the Khalifa International Stadium, during the broadcast of the game. England against Iran, on November 21. 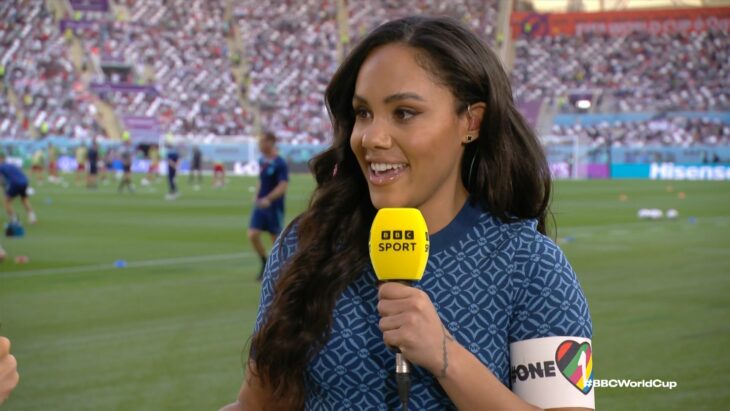 The act of support for the LGBT community and the message of discrimination that Alex Scott makes to the host country was supported by the BBC itself, which carried out a critical report against Qatar. It is worth mentioning that the British reporter is not the only one who has gone against the rules. During the broadcast of the game Wales against the United States, a German journalist wore a T-shirt and headband in the colors of the gay pride flag.

- Advertisement -
Share
Facebook
Twitter
Pinterest
WhatsApp
Previous article
It is false that Lula’s team has 283 members with an average salary of R$17,000
Next article
Solz: “Russia is giving Ukraine a losing battle” – Appeal to Putin to start negotiations

Kris Wu is sentenced to 13 years in prison for rape

US: Trump under fire for dinner he had with Kanye West and a white supremacist

Vanity Fair Stories 2022, Achille Lauro: «The first satisfactions came when I got embarrassed»