Biggest space blockbuster blunders: Spectacular explosions are just the tip of the iceberg

Stars have long fascinated man. Hundreds of works of literature and cinema are devoted to space adventures. However, in the pursuit of entertainment, many filmmakers ignore common sense or simply spare the budget for consultants who really understand the topic. As a result of this, space blockbusters regularly appear on the screens, which completely ignore the fundamental laws of physics.

A classic scene in many space blockbusters is when a man finds himself in outer space with a damaged spacesuit or without it at all and instantly freezes. However, space is not a blast freezer, and it is impossible to instantly freeze there. The concept of “space temperature” is not entirely correct. There are no particles in a vacuum that could interact. It’s simple: no kinetic energy – no temperature. Away from the star, where there is no infrared radiation, the astronaut would gradually cool down, losing his own energy. Moreover, he would have been dead for a long time, because without oxygen a person dies within a few minutes.

Mercury is moving too fast 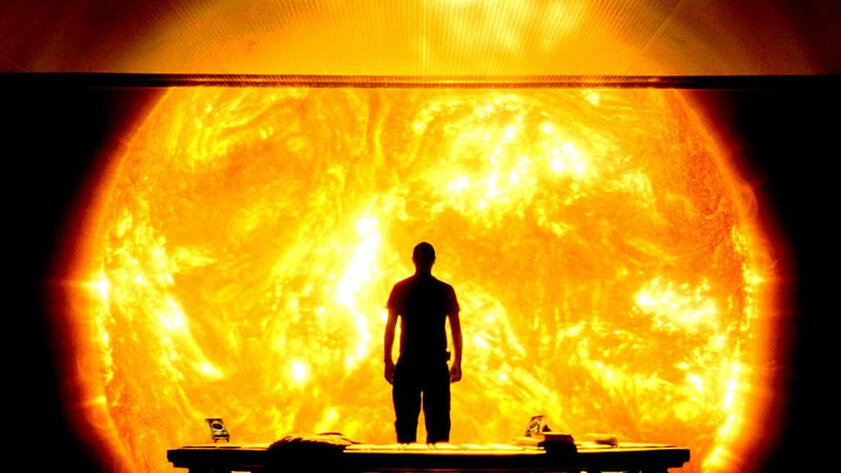 Even at school, in physics lessons, we were told that Mercury has the smallest orbit among the planets of the solar system. Accordingly, it makes a revolution around the star faster than all the others. However, he is still not as fast as shown in Inferno. Based on what you see on the screen, we can assume that the planet makes a full revolution around the Sun in a few hours. In fact, Mercury is moving at a speed of 48 km / s and it takes 88 Earth days to fly around in orbit. The filmmakers consulted with renowned physicist Brian Cox, so this blunder is clearly deliberate. It is unlikely that the viewer would be interested in watching the astronauts, who for several days look at the smoothly floating planet.

Crew members may be strangers 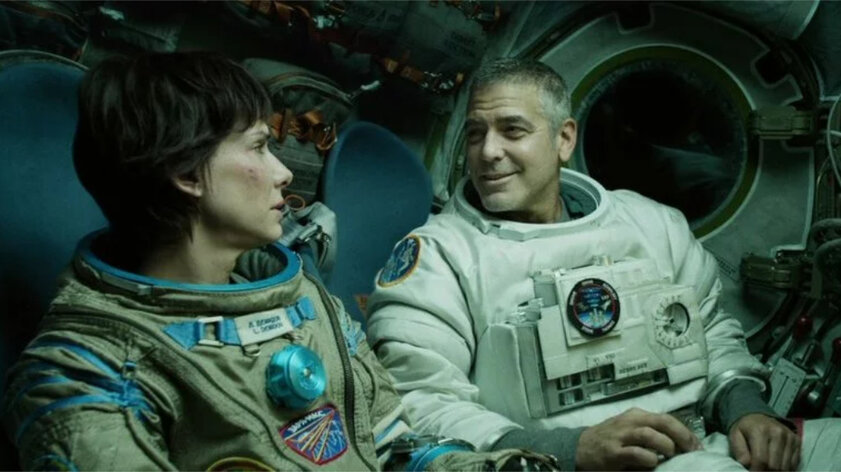 Go on a dangerous mission in complete isolation in the company of unfamiliar people. Even without leaving the planet, this is a very bad idea. Therefore, the conversation of astronaut Matt Kowalski with Dr. Ryan Stone, where he asks the girl about her past, looks frankly strange. Before the start of a space mission, the crew trains together for several months – all of its members learn a lot about each other. Team coherence is a critical factor in such expeditions. In the event of an unforeseen situation, the astronauts are left face to face with the problem that has arisen. Of course, the dispatcher can tell something from the Earth, but they will have to act on their own.

Vintage cars are used to navigate the moon 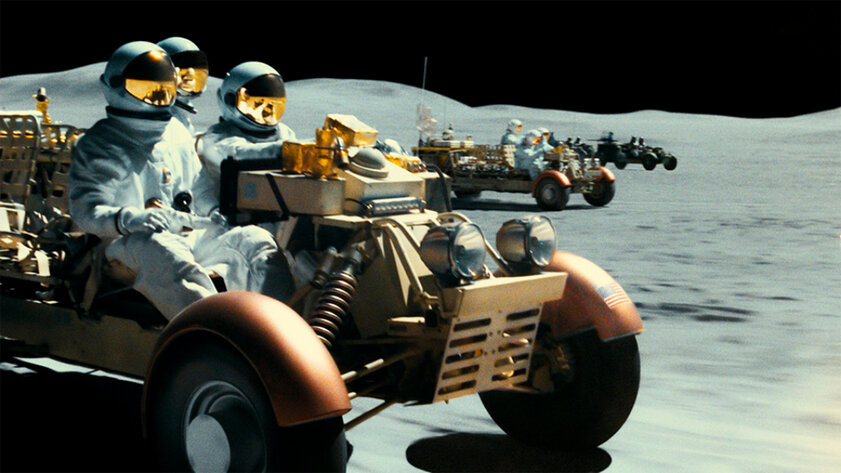 The end of the 21st century, humanity is actively colonizing space: the Moon has long been inhabited, and there is a permanent research base on Mars. Of course, technology has come a long way. But why, then, do astronauts travel in 70s-style lunar vehicles? Hero-driven Apollo Rover’s were used during the last expeditions of the Apollo space program. Why in the film humanity did not come up with anything better, this remains a mystery. Even in our time, a new generation of lunar rovers is already being developed. 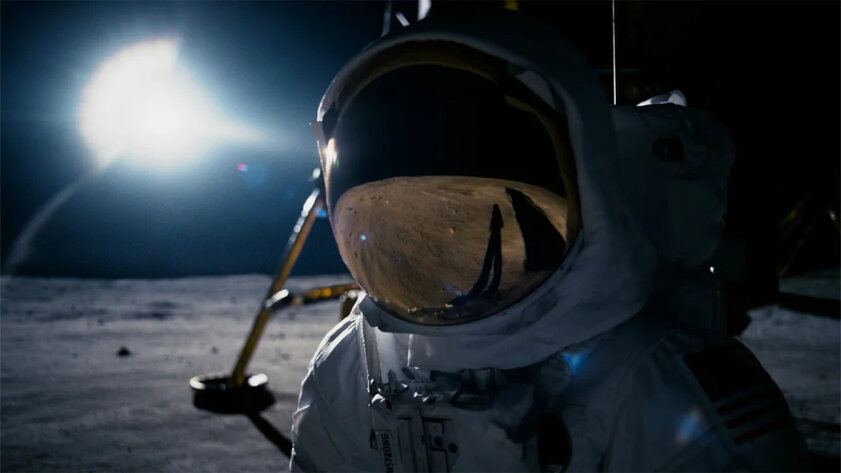 Very strange mutations occur in the sky when Apollo 1 leaves the Earth: at first everything around gradually brightens, and then abruptly becomes completely black – as if someone had pressed a switch. It is clear that such a technique was used to emphasize the epic nature of the moment. The reality is, in fact, rather boring: the sky would just gradually darken. This is due to the fact that with the climb the spacecraft would fall into an increasingly rarefied environment. Accordingly, the number of particles capable of reflecting photons would gradually decrease – just above the Karman line, the ship would plunge into complete darkness.

An incredible wind blows on Mars 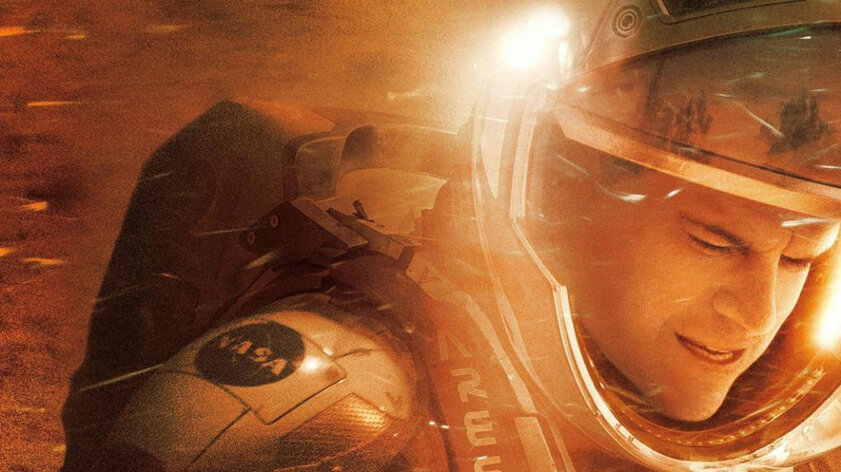 Dust storms are absolutely normal for Mars, but they are significantly different from Earth’s. There is simply no squally wind shown in the film. The density of the Martian atmosphere is insufficient to form a flow capable of knocking down and destroying buildings. A much greater danger for astronauts is the almost complete lack of visibility. During a global dust storm, which was recorded by the Hubble telescope in 2001, a dense curtain enveloped the entire planet, completely hiding the relief. Scientists claim that an astronaut who got into it would not see anything within a radius of more than a couple of centimeters.

Gravity instantly turns on and off 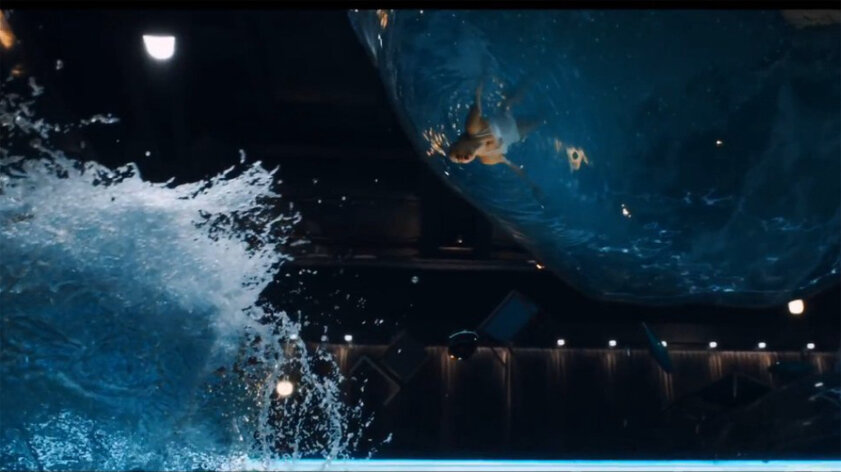 For some reason, in all science fiction films on a space theme, artificial gravity turns off at an epic moment, and the characters instantly find themselves in weightlessness. It happened here too: the rotation of the ship, which created gravity, stopped abruptly, as a result of which the main character was trapped – the water from the pool where she swam gathered into a huge ball. Fortunately, after fixing the system, the attraction immediately returned – of course, all this is impossible. After stopping the rotation system, the ship would continue to move by inertia. Accordingly, gravity would not disappear instantly, but would gradually weaken. In the same way, at launch, gravity would be smoothly restored, since the ship needs time to gain the required rotational speed. 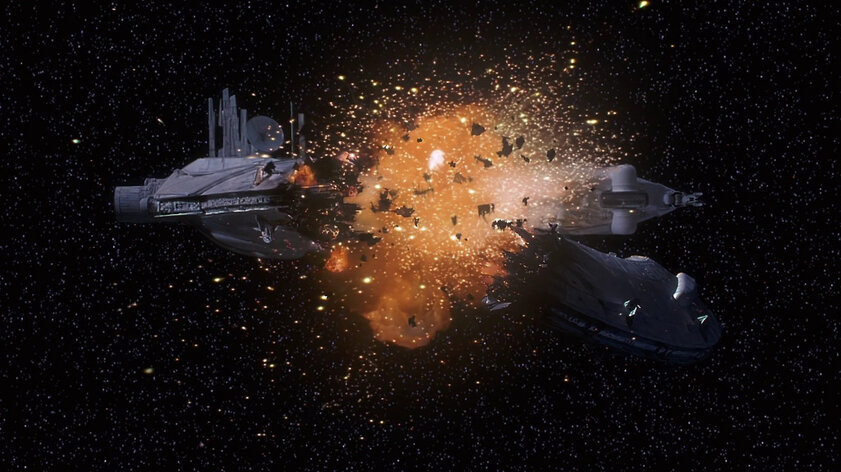 George Lucas came up with the formula for the perfect space battle: epic firefights plus flashy explosions multiplied by deafening thunderclaps. Needless to say, this has nothing to do with the laws of physics? Of course, explosions in space are possible, but not in the usual sense. It is, rather, a powerful release of energy, which is accompanied by a blinding flash of light. This is typical for supernovae. In the film, starships explode like a gasoline car in an accident. Combustion requires oxygen. Where does it come from in space? In addition, space battles must be silent, since sound propagation is possible only in a sufficiently dense environment. An acoustic wave is the oscillation of particles with a certain frequency, and in a vacuum there is simply nothing to vibrate. So, the downed spaceships would just slowly and silently fall apart. 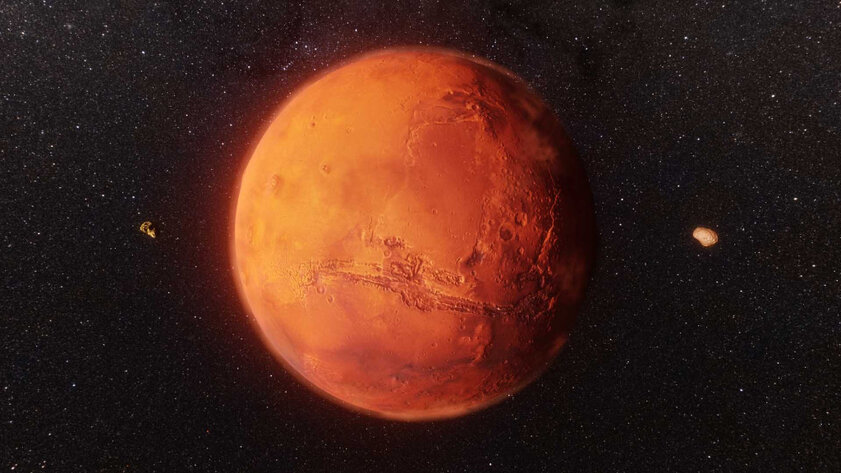 Even in ancient times, people, watching the stars, distinguished Mars by its red color. The term “Red Planet” has taken root in pop culture, including movies. However, modern research proves that the surface of Mars is rather brown, brown, golden, and in some places even greenish. The color of the soil depends on the minerals in its composition. Mars appears red because of the huge amount of dust that covers its surface in a thin layer and is in the atmosphere. It consists of the smallest particles of iron oxides, in particular, nanocrystalline hematite (red iron ore).

This whole movie is a complete cosmic hoax. 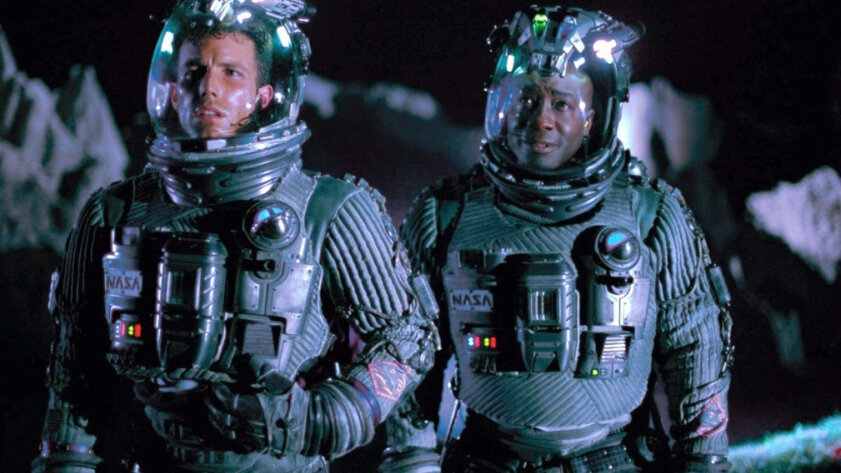 This film can be called a textbook example of film bloopers related to physics in space. Let’s start with the fact that the astronauts in the denouement of the picture move around the asteroid almost like on the Earth, which implies about the same gravity. However, it is several times smaller than our planet and cannot have the same powerful attraction. In the film, the atmosphere on the asteroid came from somewhere – at least the heroes calmly walk with open spacesuit visors and the remains of the equipment calmly burn themselves. Do I need to explain why this is not possible? The same goes for their “thrust engines”—essentially propellers. What will their blades repel in a vacuum? And this is just the beginning. Movie bloopers “Armageddon” can be listed for a very long time.

Dinosaurs, aliens and the moon: what to see in February