The last weekly candle turned out to be a record closing price for the entire existence of bitcoin.

On Sunday night, sellers managed to knock the cryptocurrency rate below $ 59,000. This was followed by a rapid recovery, resulting in Bitcoin trading at around $ 62,000 by the end of the day, Coordinated Universal Time (UTC). 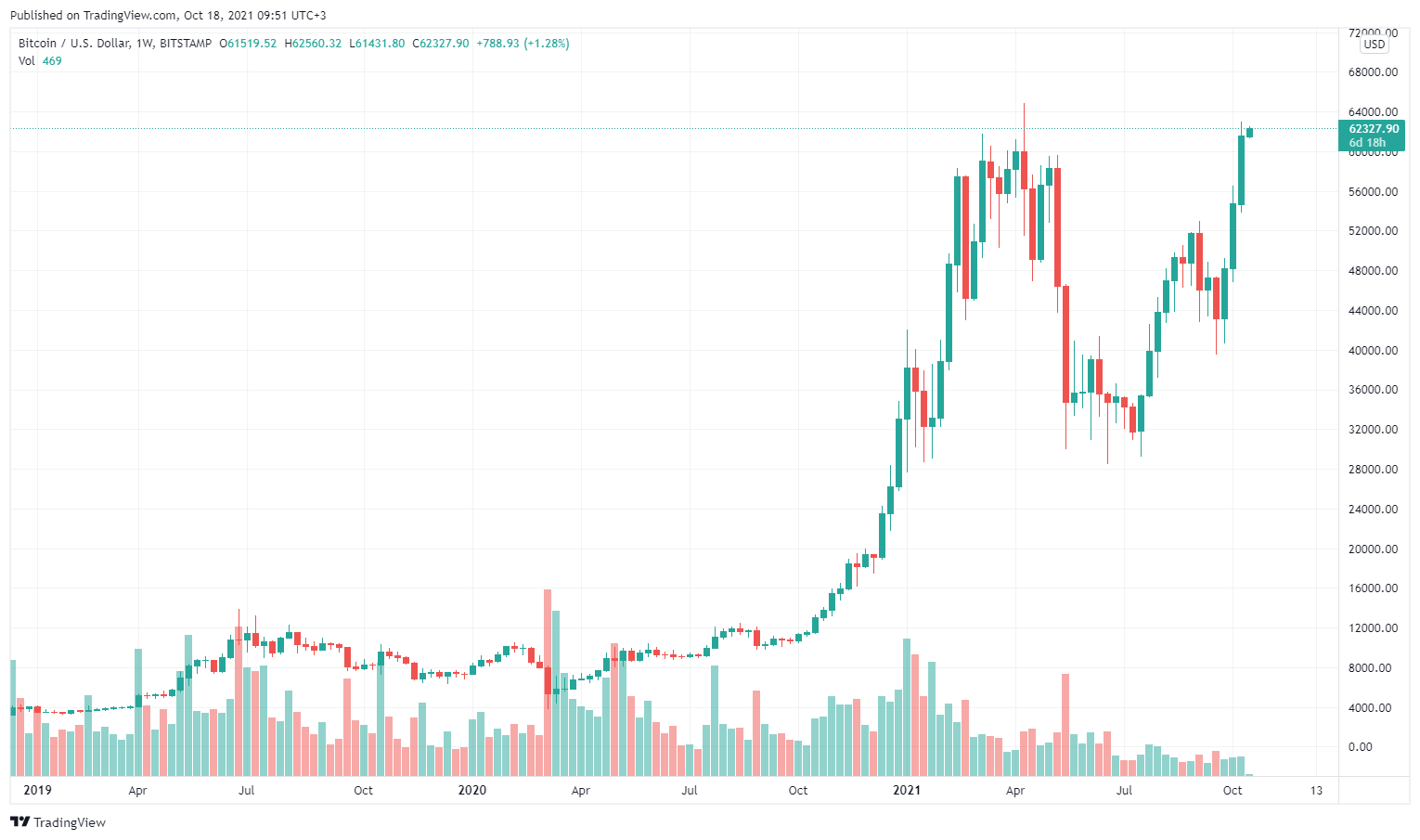 The previous record was recorded in April, when the price climbed to $ 65,000, but at the close of the weekly candle then it did not exceed $ 60,000. Subsequently, the market rolled back to levels below $ 30,000, until it again rushed to highs this month. In the previous case, the listing of the Coinbase exchange in the stock market was called the catalyst for growth, while now the attention of market participants is riveted to the likely launch of a Bitcoin ETF.

The CEO of crypto investment firm Pantera Capital, Dan Morehead, meanwhile, has suggested that Bitcoin will no longer retrace 80% after each major rally, as it did from the peaks of 2013 and 2017.

“As the market becomes broader, more valuable and institutionalized, the scope for fluctuations will diminish,” he said. – This medal has a downside: we probably won’t see a 100-fold rise in one year anymore. When the cycles are converted to a logarithmic scale, today’s levels seem cheap to me. “

There is no justification for reaching $ 100 – OCBC

Nov 27, 2021
"When I was young, everything in society seemed to target him Wedding. It was the expectation. It was inevitable.…
Prev Next 1 of 6,311
More Stories