Bitcoin price reached a new all-time high this Wednesday. At the time of publication, the first cryptocurrency is trading at around $ 66.6 thousand.

The previous maximum was set in mid-April at about $ 65,000. After that, BTC fell by more than 50% and in the second half of July traded below $ 30,000. In total, it took bitcoin 189 days to break the previous record, during which the market managed to survive several significant corrections … Even before that, in March 2020, the first cryptocurrency experienced a 50% collapse within one day and was below $ 4,000.Since then, its rate has grown by 1,670%. 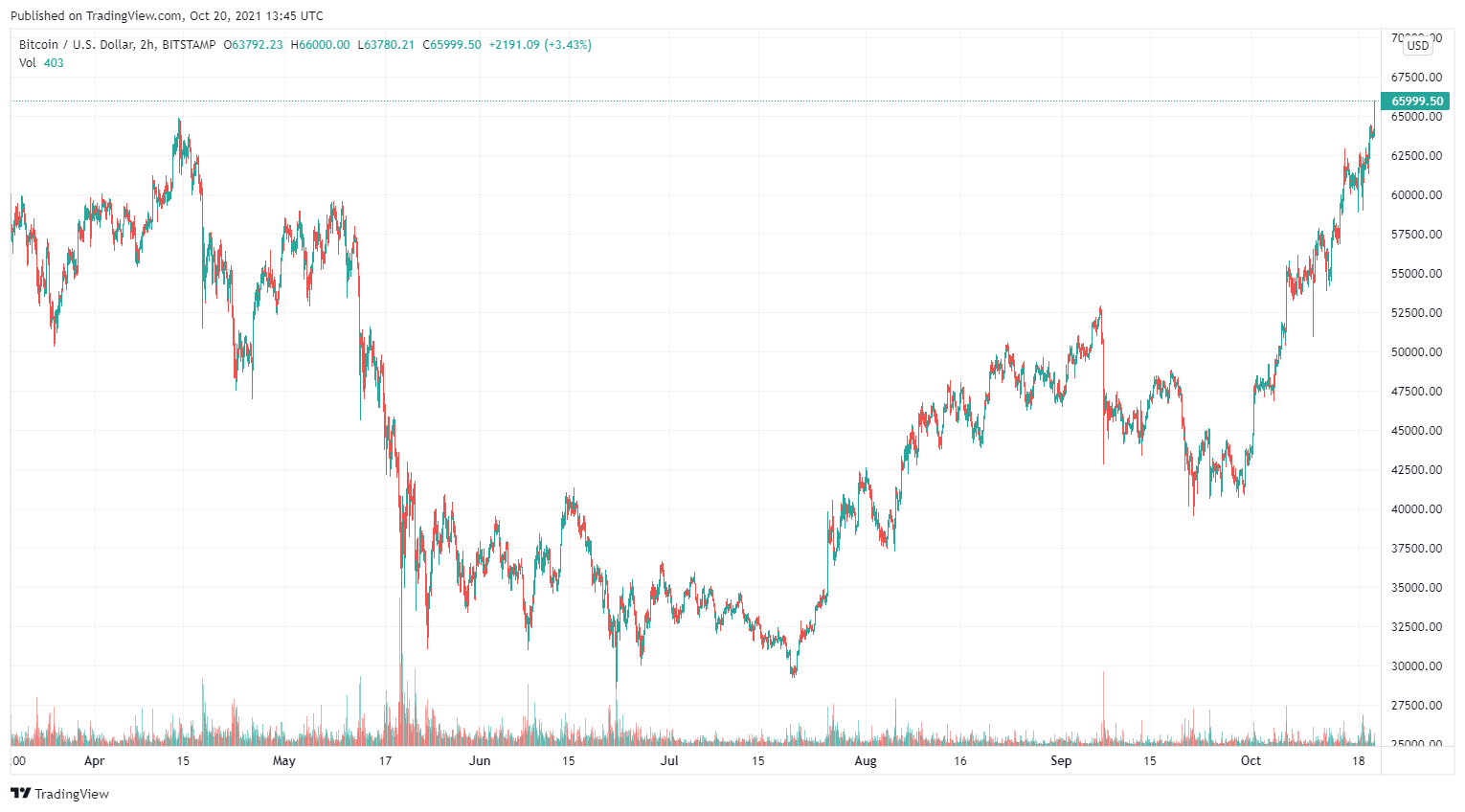 The rapid growth resumed in October – since the beginning of the month, the BTC rate has risen by more than 60%. The growth comes amid the launch of the first bitcoin ETF in the United States, after the Securities and Exchange Commission (SEC) refused to approve such an instrument for several years. Interest in ETFs exceeded analysts’ expectations: the fund’s share turnover for the first day exceeded $ 1 billion, making it one of the largest launch in history. In the coming weeks, decisions are expected on several other ETFs that can significantly expand investor access to the cryptocurrency market.

Bitcoin’s rally in the last 24 hours has been 5% and has been supported by most altcoins. The rate of ether (ETH), the own cryptocurrency of the Ethereum network, for the first time since May surpassed the level of $ 4,000. As a result, a new maximum was also recorded in the total cryptocurrency market capitalization, which reached $ 2.7 trillion.

“I think we are moving towards an increasingly digital world. Obviously, there is room for cryptocurrencies, and it is clear that they are winning the race against gold, ”billionaire Paul Tudor Jones told CNBC today, calling Bitcoin a“ very good ”hedge against inflation.

The Google Pixel 6 does not come with a charger: it is offered separately for $ 30