Egypt: A sarcophagus that was illegally sold to an American museum was repatriated

BlackRock: Overweight in stocks – Opportunity for any sell-offs – Omicron will not derail the bull market 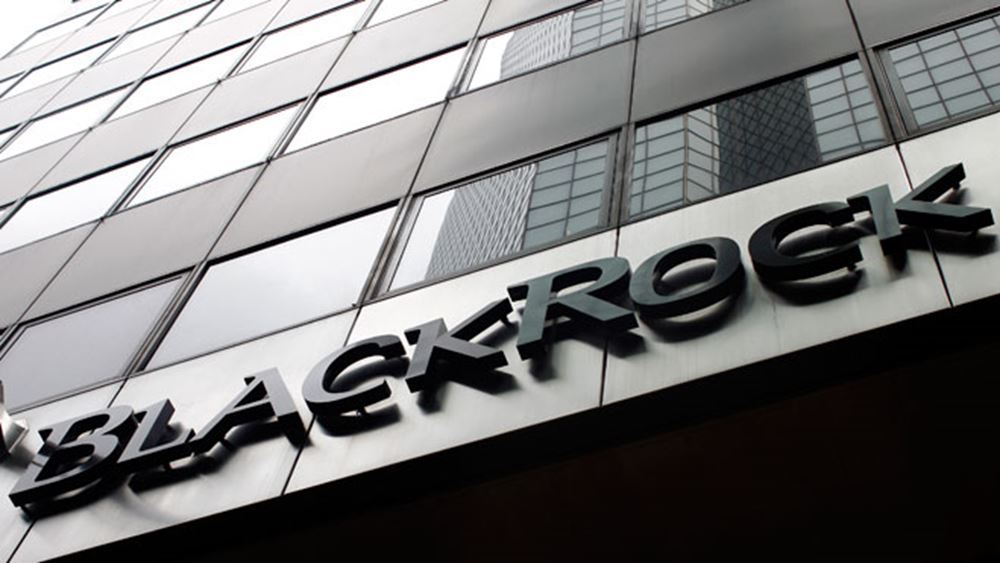 The new year began with a record increase in cases, renewed restrictions and many returning home from work. The difference, however, this time compared to previous outbreaks is that the Omicron strain appears less severe in populations with high rates of vaccination and immunity, as BlackRock points out in the new strategy report. He stressed that Omicron will delay and will not derail the strong resumption of economic activity, although it adds pressure to the supply chain. Thus, the investment “giant” points out that it remains overweight in stocks, but closely monitors the treatment by policy makers and markets, of the current rise in inflation, for possible policy errors and “interpretation” respectively.

More specifically, BlackRock notes that the markets started the new year with nervousness, with concerns focusing on the Fed raising interest rates and normalizing policy, in addition to the situation on the pandemic front. In its 2022 outlook report, BlackRock advised investors to continue investing in stocks during COVID-related volatility, as it estimated that the pressure would only delay a strong resumption of activity that supported corporate growth. profits.

Greater clarity about Omicron in recent weeks has strengthened her belief, even though the outbreak of COVID may seem daunting.

First, vaccines have been shown to be effective against serious diseases, although their effectiveness against Omicron infection has been reduced.

Third, populations have gained higher immunity as more people have contracted COVID or received the booster dose of the vaccine.

All this indicates an increase in cases but a smaller increase in hospitalizations, as BlackRock points out and emphasizes that the situation in the recent hot spot of Omicron, ie in London, is a harbinger of the continuation. Cases have risen sharply, to almost double the previous peak in early 2021. However, hospital admissions have remained 50% below the previous peak, as shown in the chart below. 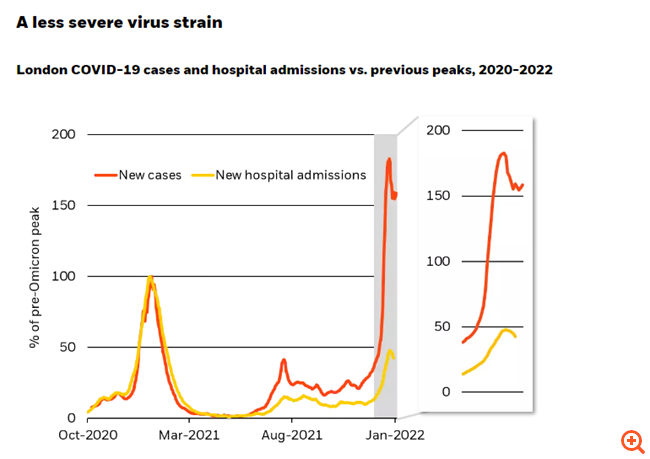 Both cases and hospitalizations in London have begun to decline, suggesting that the worst of the Omicron wave may be over. Thus, BlackRock expects other regions to follow a similar pattern in the next two months. However, he warns, the results are likely to be worse in some other countries, as the United Kingdom has high rates of vaccination, boost and immunity. And the pressure on hospitals and services in general is expected to increase as they already face staff shortages.

The key question is how China’s policy of zero COVID-19 against Omicron will stand. The policy has so far proved effective and enjoys popular support, but has left China with almost no physical immunity. BlackRock expects China to maintain this policy unchanged in this important political year. This increases the likelihood of more activity restrictions, from targeted measures that keep the economy afloat (Shanghai) to full-scale lockdowns (Xi’an). As a result, China’s growth risks have increased, although Beijing appears determined to meet its growth target this year by easing policy.

However, according to BlackRock, the big picture for Omicron remains, that is, it is only expected to delay the re-opening of the global economy. “Less growth now means more growth later”, is the view repeated by the investment company. Omicron can also have something positive. Its highly contagious nature can turn COVID into an influenza-like endemic disease, as populations develop immunity and annual boosts reduce deaths.

Risk assets have clearly shown that they are clearly more concerned about the Fed than about Omicron over the past week. According to the basic scenario of BlackRock, the central banks will take their foot off the gas, eventually withdrawing the emergency support measures. “We expect them to live with inflation, instead of braking by raising interest rates to restrictive levels,” he added. The Fed has seen three rate hikes this year – more than expected by a market that looks poised to “equalize” higher interest rates as negative for stocks. “We have seen this before and we do not agree,” BlackRock said. What really matters is that the Fed continued to signal a low level of interest rate hikes, and that has not changed in the last week. This historically silent response to inflation should keep real interest rates low, in its view, by supporting stocks.

The jump in US bond yields in recent days concerns the Fed signaling its readiness to start shrinking its balance sheet. But this is not necessarily a negative for risk assets, and instead can lead to investors’ preference for stocks over government bonds.

BlackRock’s conclusion is, therefore, that it prefers equities and would use any COVID-related sell-offs as an opportunity to increase its positions. At the same time, it is underweight in government bonds of developed markets as it sees that yields will gradually increase further, although they will remain historically low. 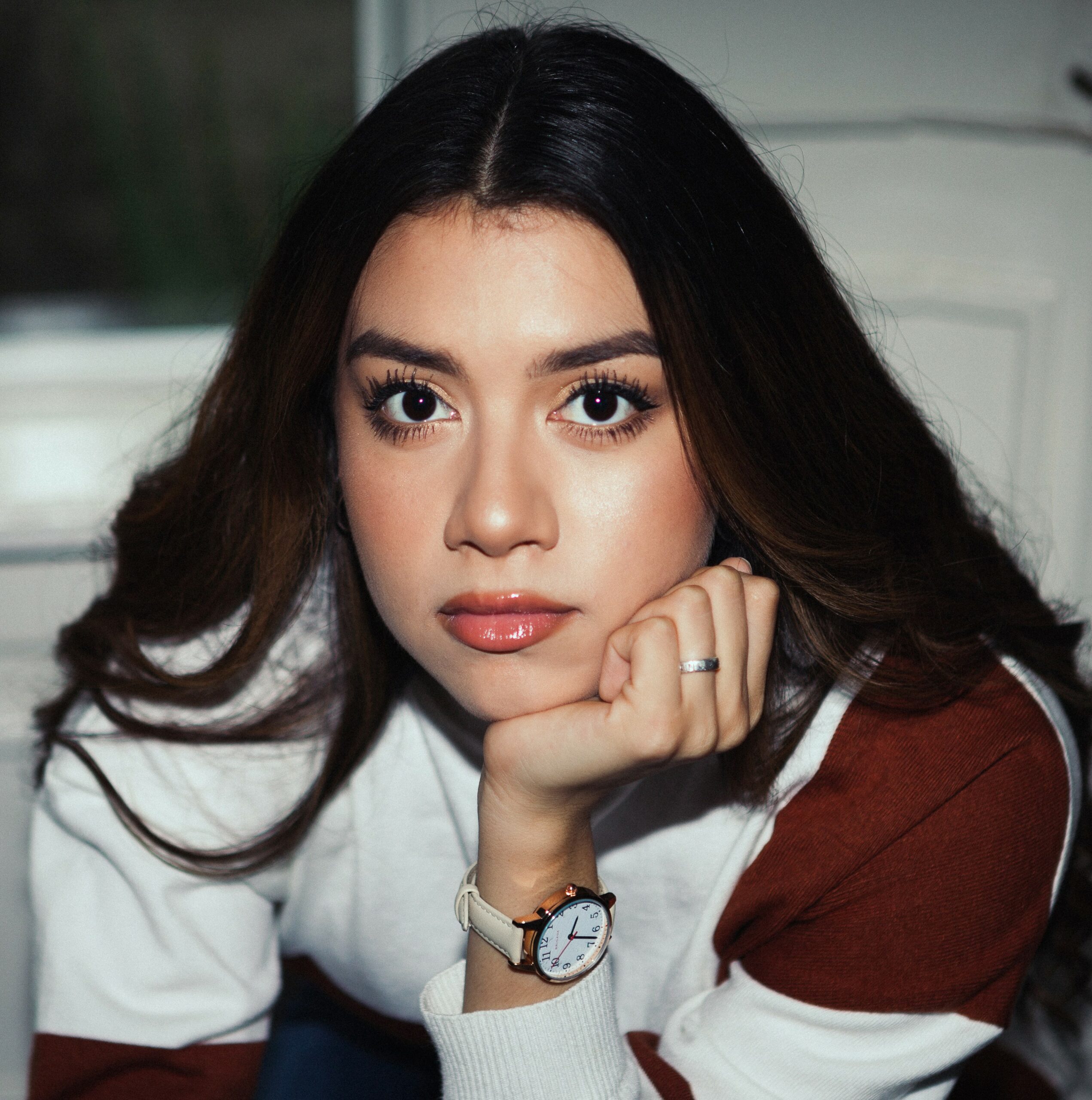 Sophia
I am Sophia william, author of World Stock Market. I have a degree in journalism from the University of Missouri and I have worked as a reporter for several news websites. I have a passion for writing and informing people about the latest news and events happening in the world. I strive to be accurate and unbiased in my reporting, and I hope to provide readers with valuable information that they can use to make informed decisions.
Must Read
Markets

Egypt: A sarcophagus that was illegally sold to an American museum was repatriated

Jack Fenton: The sister of the British tourist who was killed in Spata bursts out – “He didn’t go back to the helicopter to...