Blue Origin creates space station for the rich: 10 people can live and work there

Billionaire Jeff Bezos’ company Blue Origin has partnered with Sierra Space Corporation to announce plans to build a commercial space station, the Orbital Reef, in low Earth orbit. The station should open up new opportunities for human exploration and exploration of space, contributing to the development of a dynamic ecosystem.

Both companies want to offer their clients (researchers, space tourists, businessmen) a competitively priced integrated service, including space transportation and logistics, equipment placement in space and crew work on board the station. Orbital Reef will start operating in the second half of this decade. 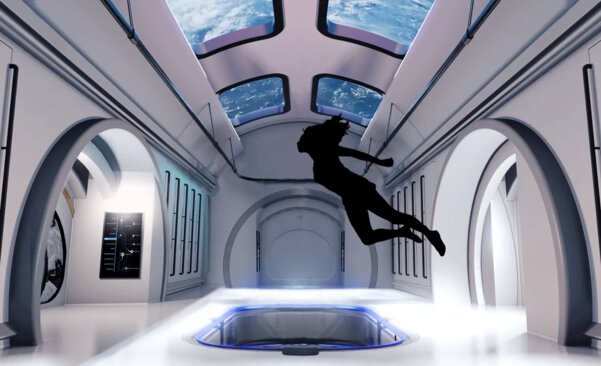 Orbital Reef is called the evolution of commercial space. The station will become the civil heritage of the ISS and will be used as a “mixed use business park”. Clients will have the necessary infrastructure, reusable space transport with advanced automation and logistics, residential, scientific and multifunctional modules that can simultaneously accommodate up to 10 people.

Boeing, Redwire Space, Genesis Engineering and Arizona State University have also partnered with Blue Origin and Sierra Space to design and build Orbital Reef. Each of them has its own task. For example, Blue Origin is responsible for the auxiliary systems, core modules and the New Glenn rocket, Sierra Space is developing the large habitation module and the Dream Chaser spacecraft, and Boeing is taking over the science module, station maintenance and the Starliner spacecraft. Research will be handled by Redwire Space, while Genesis Engineering Solutions will provide the ship for day-to-day operations and tourist excursions.

From one smartphone Xiaomi made a globe and a model of an entire area of ​​Shanghai. Users are delighted with the attention to detail