CCAF: the share of Chinese miners in the Bitcoin hashrate began to decline even before the bans 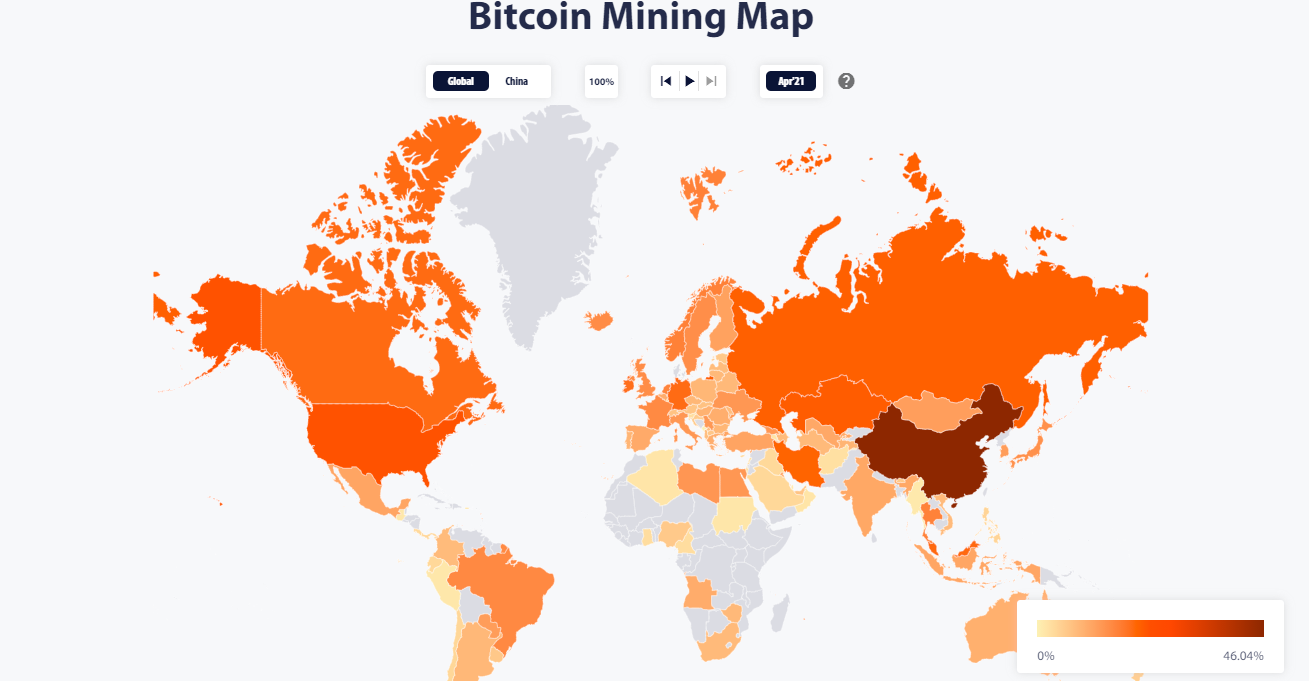 According to information from the Cambridge Center for Alternative Finance (CCAF), the share of miners from China in the total Bitcoin hashrate has been steadily declining even before the Chinese government bans.

According to the Cambridge Bitcoin Electricity Consumption Index (CBECI), the share of Chinese miners in the total Bitcoin hashrate in April 2021 was 46%, up from 75% in September 2019. Data is not available after April, so it is unclear how China’s prohibitive miner policies have affected the statistics.

Several Chinese provinces have banned cryptocurrency mining since May. Mining bans have been introduced in the provinces of Yunnan, Sichuan, Xinjiang, Inner Mongolia, Qinghai and Anhui. According to CCAF, Chinese miners have begun transferring operations to the United States and Kazakhstan. The share of US miners in total Bitcoin hash has more than quadrupled since September 2019 and stood at 16.8% as of April. Kazakhstan ranked third with a share of 8.2%.

In June, Chinese miners also stepped up the transfer of capacities to neighboring countries, and Kazakhstan became one of the main directions. Following BTC.com, Canaan decided to host the farm in this country.

EUR / USD reverses trend and falls back towards 1.1800

Zcash founder invited the community to move to PoS consensus

ABA urged US banks to cooperate with the cryptocurrency industry

The court ordered Sberbank to unblock the accounts of a…