China: The death toll from the earthquake has reached 82 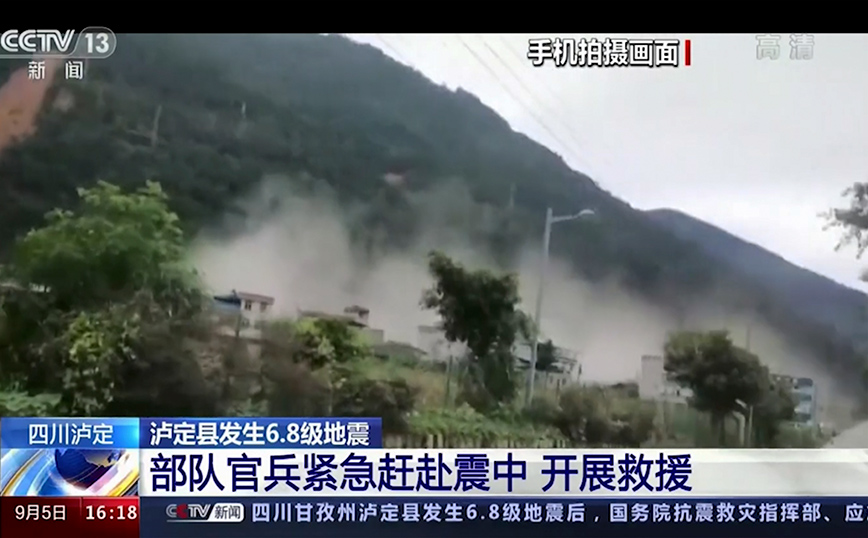 The death toll rose to 82 after the 6.6 magnitude in the rural canton of Lunding in the mountainous province of Sichuan in China. Rescuers’ efforts are made even more difficult by the rain and the risk of mudslides.

According to the latest toll, announced today by state broadcaster CCTV, 46 people died in the Tibetan autonomous region of Garze, where the epicenter is located, and 36 in neighboring Simian canton. More than 270 are injured and 35 are missing, according to the same img cited by AFP.

Meteorological services they predict rain for today and tomorrow in the area with a few localized thunderstorms. “These rainfalls are at risk of causing landslides,” they warned.

More than 10,000 rescuers – military, paramilitary and firefighters – are involved in rescue operations, as well as to prevent possible mudslides. More than 22,000 people have so far been evacuated from the area and taken to 124 temporary sheltersaccording to Laiki Imerisia newspaper.

The approximately 1,800 schools in the region functioned normally again yesterday, Wednesday at China. (7/9).

On Monday, at the time of earthquake, more than 21,000 students and staff members in Simian Canton had to be evacuated, according to the ruling Chinese Communist Party’s flagship newspaper. Hundreds of kilometers of electrical and fiber optic cables were damaged by the earthquake. Communications in the affected areas have however been “substantially restored” today, according to China Youth Daily.

State Department on Turkish F-16s: There are decisions that are not left to the executive branch alone

Erdogan attacked his MPs for not going to Parliament: “Cursed your salary”

Ray Dalio: “Bitcoin and stablecoins will not be able to replace ordinary money”

Charles Munger: Cryptocurrencies should be banned

State Department on Turkish F-16s: There are decisions that are not left to the executive branch alone