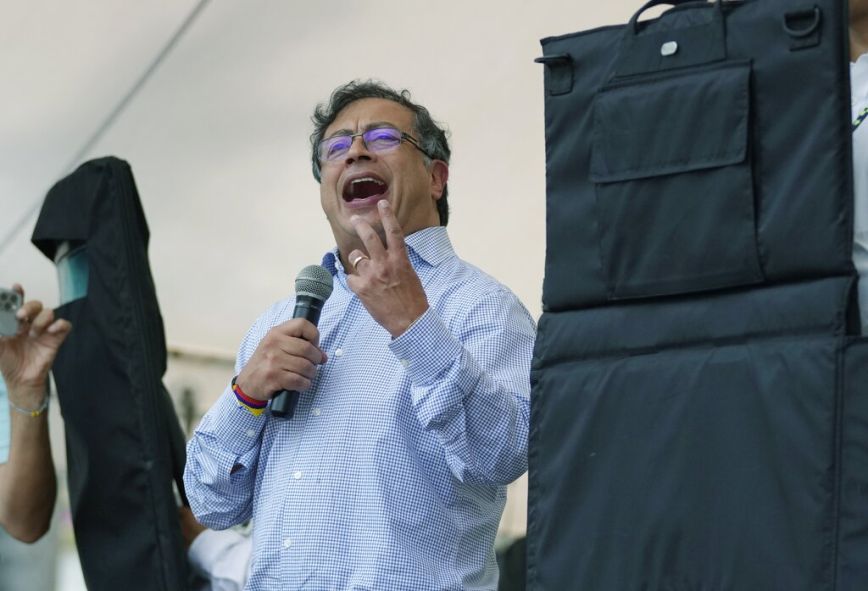 Center-left Senator Gustavo Petro remains the front-runner in next Sunday’s presidential election. Colombiaas it precedes a recent poll, despite its decline.

Mr. Petros, in whose favor ranked 41% of the Invamer Institute poll on Friday, still ahead of the race, despite the fact that its percentage decreased by 2.6% from April.

This means that the former rebel and former mayor of the capital will not secure 50% plus one vote required to avoid the second round, which is scheduled to take place on June 19.

It is also the lowest recorded in 2022, Invamer pointed out.

Conservative candidate Federico Gutierrez, the former mayor of Medellin, is in second place with 27.1% of votes, from 26.7% in April.

Independent candidate Rodolfo Hernandez, who was supported by Ingrid Betancourt after withdrawing her candidacy, saw his own percentage increase from 13.9% to 20.9% in the final straight of the race.

The poll with a representative sample of 2,000 voters was conducted from the 13th to the 18th of May and has a statistical error margin of ± 1.5%.

In addition, 67% of the sample described as negative the report of the outgoing government of President Ivan Duque, whose term ends in August and who by law can not claim his re-election.

Another poll, released Thursday, brought Mr. Petros to lead with 35.8% and Messrs. Gutierrez and Hernandez to fight chest to chest for second place (20.8% and 19.1% respectively).

Mr Petros, 62, has been a big favorite in opinion polls for months, as many Colombians do not hide their fatigue with the traditional ruling parties and the gangrene of the political system, especially at the local level.

The candidate of the Colombian Left Historical Alliance (Pacto Histórico por Colombia, PHxC) promises in particular to increase taxes for the richest and to “democratize” access to land and credit. He also wants to end neoliberal policies, while announcing ambitious environmental reforms.

On Monday, his team demanded control of the software that will be used to count the votes in next Sunday’s elections, after the problems in the March parliamentary elections which deprived him of some 400,000 votes.

This is the third time that the former mayor of Bogota has been nominated for the presidency. The last time, in 2018, he had faced Mr. Duke.

Mr Gutierrez, 47, a candidate for the right-wing coalition formed by traditional political parties, including the Democratic Center (historically the hard-line right-wing party) and the Evangelicals, called for a united front to block Mr Petros.

The victory of any candidate of the left would be a political earthquake in the Andean country, which has met only right-wing governments in its history.

More than 39 million Colombians are eligible to participate in the process.

How close is the entry of Greek shipping to the ASE

Cuba: The fire that broke out in oil facilities was extinguished

The first extension of the Attica Road was closed