Cuteness alert! Boy takes his dog for a walk in a wheelchair

Making the decision to have a pet in our lives is something that should be thought through until completely convinced, since a great responsibility is acquired with those little animals that depend completely on us. It is like in the vows of a marriage: in health and in sickness until death do them part.

And that is something that this young man is very clear about, because he not only takes care of his adorable furry handicapped on his hind legs, but also takes him out for walks through the streets of Madrid. His act was recorded and touched everyone on social networks. 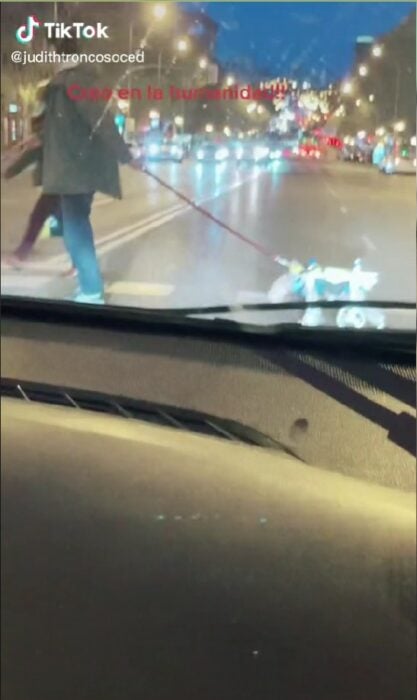 The person in charge of making the emotional video known was Judith Troncoso, who under her TikTok account @judithtroncosoced, uploaded the recording that moved her while waiting at the top of a traffic light in Madrid, Spain. It turns out that in her waiting time to move forward, she was lucky enough to witness a young man crossing the street with his two dogs; Although this might seem normal, one of the furry ones walked with the help of a wheelchair.

The action moved Judith, who soon took out her cell phone to immortalize the tender scene and share it with her followers on social networks, since the owner’s acceptance and love for her pet seemed to her a great sign of unconditional love.

And walking around Madrid, you realize that wherever it is, if you want, you can!

In the clip with the text “I believe in humanity”, you can see how the boy crosses the street with all possible calm and caution so that his beloved puppy is not pressured or afraid when walking among people. 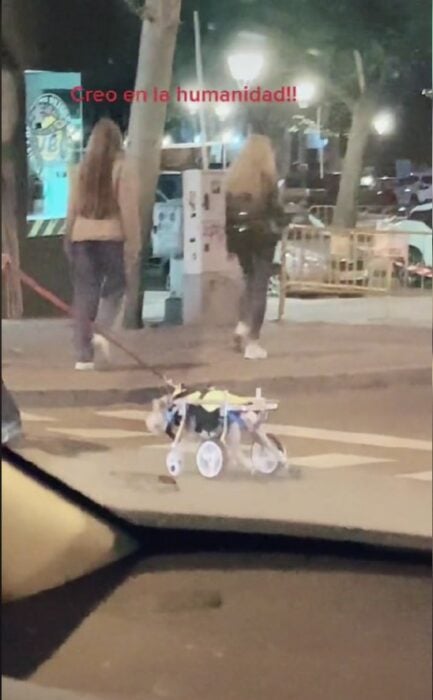 The adorable video did not take long to become popular on the platform, since at the moment it has more than 134 thousand reproductions, more than 17 thousand likes and more than 300 comments from users expressing their love and tenderness for the gesture of love that the boy gives us. Even Helen Mesa, a neighbor of the man in the video, commented that she sees them every day and that they are an example.

Actions like these are what restore our faith in humanity, they are things that motivate us to be better day by day and make this world a better place for everyone.

15 ideas to dye your hair in mint tones… you will love it!

Brazilian arrested after fake bomb threat at steakhouse in the US

Jane Harper May 25, 2022 0
A Brazilian was arrested in the city accused of threatening a bomb at a steakhouse in the state of…

May 25, 2022
Ukrainian President Volodymyr Zelensky said on Tuesday that he will only be able to talk to Vladimir Putin when…

We professors and those courses to learn how to defend…

Matthew McConaughey speaks out after massacre in his…