Cuteness alert! Girl asks an airport official for permission to hug her aunt

Those who live close to children know that they have a very beautiful spontaneity, because it is enough for them to say a little phrase, have an action or a gesture to steal our hearts. For those who have not had the opportunity to interact with the little ones, then this video is a perfect example of what we say.

In a video posted on Twitter, a beautiful girl can be seen asking a security guard for permission to hug a girl. The moment was so tender that it immediately went viral, since this beautiful and spontaneous act of love melts anyone.

He just wanted to hug his aunt 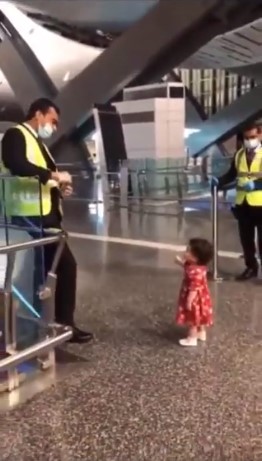 The TikTok user Kaptan Hindostan was in charge of sharing the tender moment for all Internet users. The little girl approached by herself towards an official from the Hamad International Airport, in Qatar, and just when they were face to face she asked him politely if she could approach to greet a girl who was walking.

The woman in the distance was actually his aunt and she was about to board a plane. When the guard realized this, he replied that he did have permission to do so, then the girl hurried to give her aunt one last hug before she left. As soon as the woman saw the girl, she ran towards her to also hug her and fill her with many goodbye kisses. 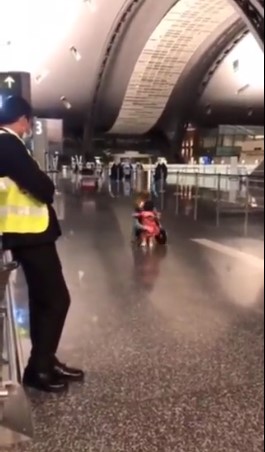 The guard just stayed put and watched the adorable scene as did the people around. Users also showed their excitement when they saw the video and did not hesitate to fill it with pleasant comments that said:

“How good the world would have been if humans kept their innocence and purity like children.”

So far, the video already has more than 820 thousand reproductions and has been shared more than 25 thousand times, because seeing this beautiful and sweet creature makes us feel that true love does exist.

She asked the officer permission to say goodbye to her aunt at the airport. pic.twitter.com/bcsb9rnxt6