If we compare the present and the conditional period 20 years ago, now everyday life has become much easier and more comfortable – hardly anyone will disagree with the fact that it was Google that made a huge contribution to this. The services of the “corporation of goodness” help us in almost every aspect of life, you don’t even need to learn foreign languages ​​​​with them – just open the page of a foreign site in the Chrome browser, and the Google Translate button will immediately appear with a suggestion to show the translated version of the page.

But it can’t be that simple – Google Translate collects all data to improve their service, thereby undermining their privacy. In recent years, users from various fields have repeatedly been concerned about this issue, but the problem has not been resolved, although it could well have been. This was noticed by cybersecurity consultant Alex Gheorghe.

How it all started

Initially, the problem with the confidentiality of the service seems to have been considered in the context of the business, and this happened no later than 2014[источник]. At that time, the society was worried that the translation of non-public documents using Google Translate violates confidentiality – their content ends up in the hands of third parties (Google), although this is prohibited by any non-disclosure agreement.

Since then, similar questions have repeatedly appeared on the Internet about how confidential it is to translate NDA documents or any private information through the service. In 2019, there was even a direct question to Google experts – in the answer they indicated a clipping from the privacy policy that the company’s services collect data to further improve work[источник].

The built-in option in Chrome is also affected by the problem.

By and large, there are not so many users who work with secret documents or translate something confidential. But the main problem of the service lies in the built-in Chrome function of translating the entire web page through Google Translate – this is already dangerous even for ordinary users.

In some cases, this option helps a lot.

By translating the entire web page, the function also gains access to various input forms, including for login with a password[источник]. In addition, even without this, confidential information may be disclosed: for example, when issuing tickets for a concert in another country, where you need to indicate the correct name and surname.

The fact of disclosing such data to third parties can be intimidating, although Google itself is unlikely to use the information it collects for something bad (but not excluded). However, the company’s servers can be hacked, and any of its employees can become an attacker – in such cases, hackers can steal logins and passwords, real names, addresses, phone numbers and other personal data.

Google knows but does nothing

The paradox is that you can easily, if not correct the situation, then at least mitigate it, but Google stubbornly does nothing. The obvious solution is to add a switch to the account settings that allows you to deactivate data collection (this would hardly represent a big risk for the corporation’s business, since not every person probably climbs into the wilds of the settings of all the services they use). 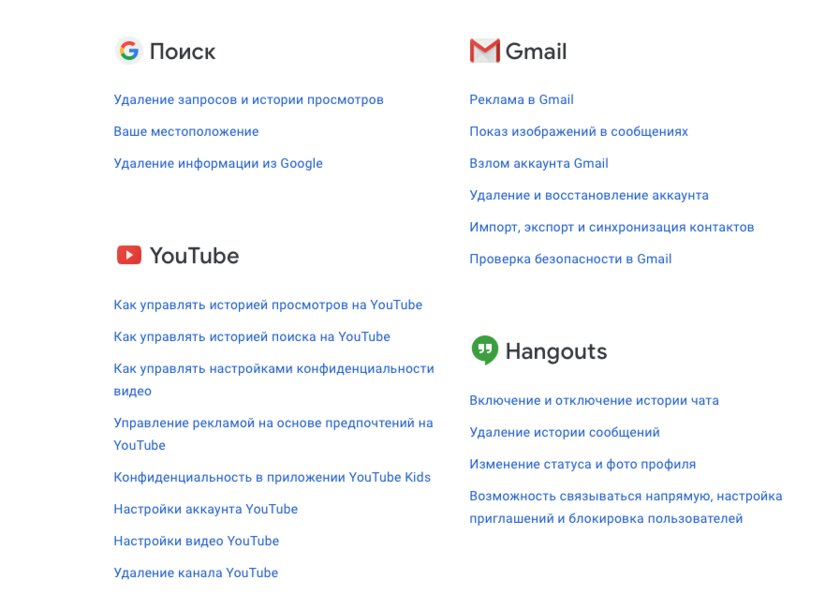 There are a lot of instructions for each service, but not a single one about a branded translator

Now “Google Translate” is not even listed in a separate data privacy settings page in Google products, which contains various instructions for the company’s services. Because of this, it is not at all clear who has access to the information collected by the translator and under what conditions it is used – the company deliberately does not disclose this information.

Colombia: At least 271 dead from floods in November