More than 70% of European businesses, of all sizes and sectors, said they were preparing large or moderate price increases in the coming months due to strong inflationary expectations from suppliers and customers.

That is, production costs increase but at the same time customers appear more willing to accept higher prices due to the inflationary wave. Thus, all competition moves to higher price levels.

This is one of the main findings of an ECB investigation, which was used and analyzed during the board meeting. in June to make interest rate decisions. It was that point that gave the monetary authority the key argument that it could intervene to curb inflationary expectations and curb demand.

For the same reason the d.s. of the ECB decided in June to emphasize in communication the rise in interest rates and the target for inflation at 2%. Something, which is also pointed out in a letter from the head of the ECB, Christine Lagarde, in response to the European Parliament. He noted that the ECB’s decisions become more effective when everyone focuses on repeating the message and analyzing the decisions after each meeting. 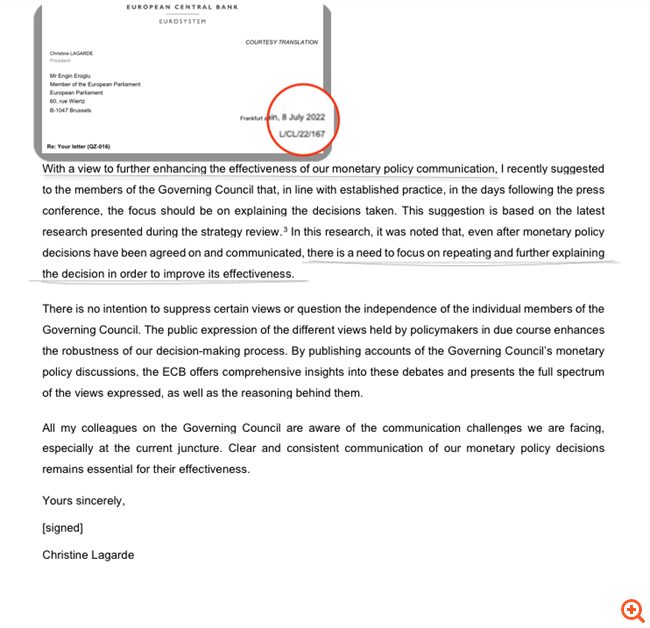 The relevant research questionnaire was integrated into the regular study of the ECB and the Commission on the access of European companies to financing (including Greek ones). Analysis of the data by the ECB showed that the biggest appreciations are expected from Germany, followed by France, Italy and Spain. The percentage of businesses in these countries that answered positively that they are preparing for price increases exceeds 70%. 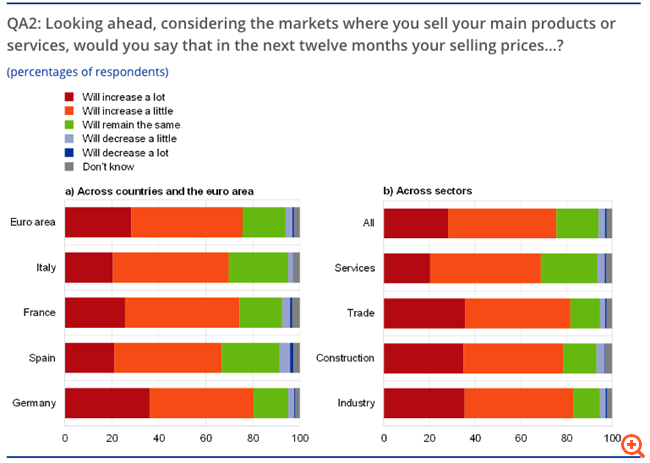 The biggest appreciations are expected in industrial products, in the construction and trade sectors, while smaller ones in the services sector. According to the ECB study, this is because the main sources of appreciation today are higher raw material prices, although there is variation depending on the size of businesses.

In the large ones, the pressures come mainly from the cost of raw materials and labor costs, while in the smaller ones from the cost of financing. However, labor costs are cited as the second most important pressure factor, in relation to imported costs, which are also affected by the exchange rate of the euro. 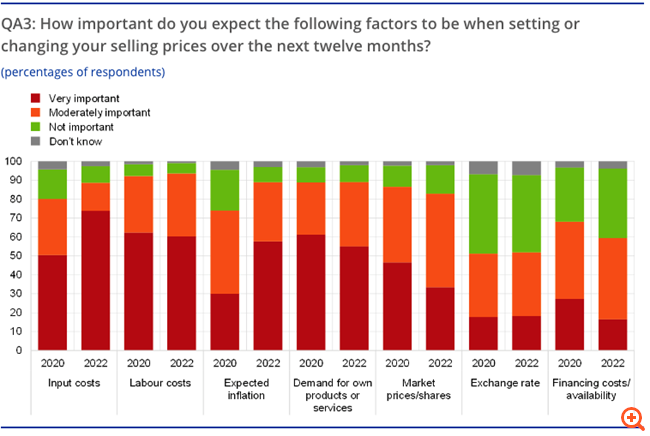 Furthermore, the study finds that a critical factor in the final decisions regarding the timing and amount of markups is the competition’s perception of the price level. The higher the inflation expectations, the higher price levels are considered acceptable by customers and suppliers. 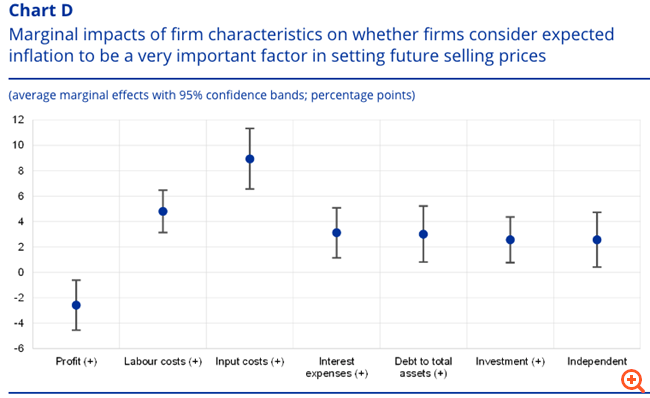 In the minutes of the June meeting it is stated that European companies have already proceeded with price increases (which is why the rise in inflation occurred), noting, however, that they were smaller than the increase in costs for them.

That is, businesses tried to absorb some of the costs, which was reflected in lower profitability and smaller profit margins. Possibly, this restraint could be due to some extent to the initial assessment of the temporary nature of inflation and to reasons of competition and wage negotiations.

Now, according to the minutes, the messages received by the ECB predict further wage increases of 3-4%. In addition, the no-longer-temporary nature of inflation is changing the costing and pricing policy of European businesses.

Therefore, subdued demand may curb inflationary expectations if the ECB appears more assertive in controlling prices. For this reason it was decided to pre-announce the interest rate increases and to emphasize several times in the announcement and during the press conference that followed that the mandate of the ECB is to control prices. This was made evident by the statements of the head of the ECB, Mrs. Christine Lagarde, who reiterated the 2% target and that it will be achieved by any means available as a monetary authority within its mandate.

What the minutes of the ECB reveal about interest rates