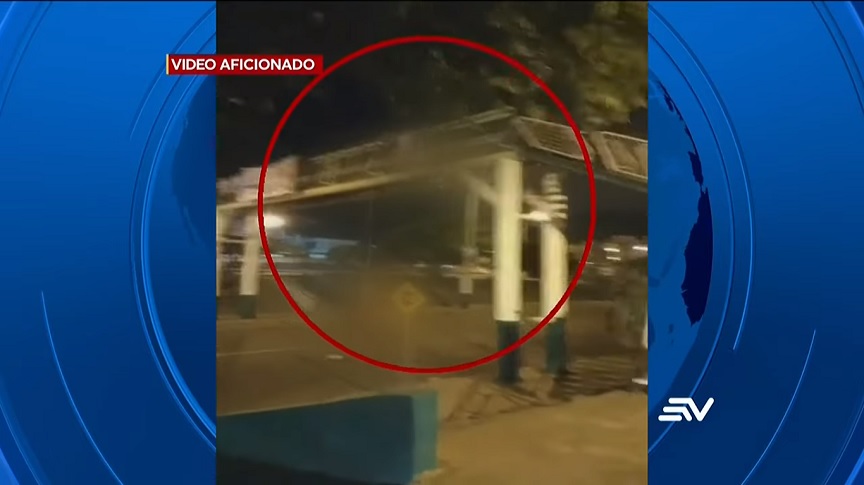 Esmeralda Police, on the Northwest Coast Equatoriala city hit by a wave of violence attributed to trafficking gangs drugsfound yesterday (31/10) the decapitated bodies of two people who had been hanged from a bridge.

In February, Ecuadorian police also found two bodies hanging from a bridge in the city of Duran (southwest).

The macabre method is often used by Mexicans cartel of narcotics.

In the months that followed, there were also attacks with explosive devices, notably in August at the port of Guayaquil, not far from Duran, where five people were killed.

Within two weeks, two attacks were committed against the home of veteran soccer player Frixon Eraso, without casualties. The former soccer player is running for mayor of Esmeralda in February’s election.

Drug traffickers, some linked to Mexican cartels, have engaged in a merciless power struggle on the streets and in Ecuador’s prisons, where back-to-back massacres have claimed the lives of some 400 inmates since February 2021.

Between Colombia and Peru, the two countries where the largest quantities of cocaine are produced in the world, Ecuador has been transformed in recent years from part of the transit routes into a major hub for the trafficking of the white powder to the European and US markets.

In 2021, authorities announced that 210 tons of drugs, mostly cocaine, were seized, a record amount. Within this year, Quito is talking about seizures of a total of 160 tons.