After almost two years of openly declaring himself transgender, actor Elliot Page, 35, has been able to enjoy his identity with great enthusiasm, carrying out actions that have meant a lot to him, such as removing his breasts, attending various public events in a suit and , in general, exist being honest to oneself.

This decision was the beginning of a new life that has so far put him in different places, such as in the arms of Mae Martin, the 35-year-old Canadian comedian. Both have been seen quite together at different times. For example, in July of last year, Elliot shared a photo of the two of them displaying the same tattoo (a cup of coffee). 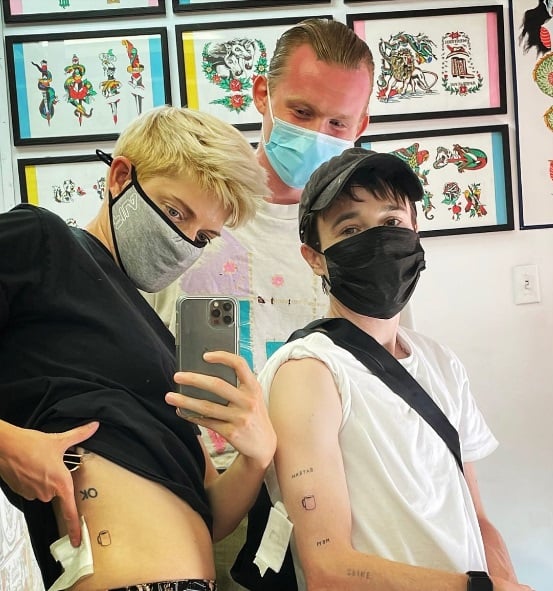 That’s why it’s not surprising that they attended the LACMA Art and Film Gala together, in Los Angeles, California, wearing elegant Gucci suits that made them look incredible. Although they have never come out to declare that they have an official relationship, it seems that they have made it more than clear with the messages that are sent through their networks.

In this case, both Elliot and Mae used their Instagram accounts to send each other sweet messages accompanied by photos of their evening on November 5. The creator of the Netflix series Feel good He published several moments that he lived with the actor of The Umbrella Academy, to which he added a beautiful message. 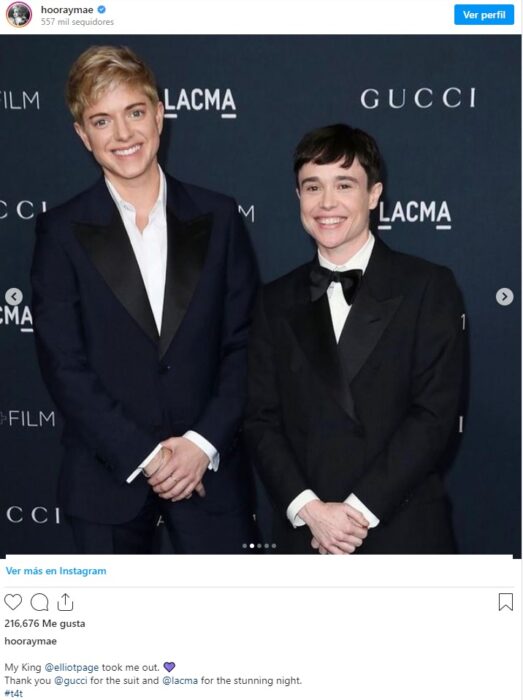 My king Elliot Page took me out. Thank you Gucci for the suit and LACMA for the amazing night. T4T.

In case you’re wondering, “T4T” is a term that stands for “trans for trans,” which typically refers to transgender identities who are exclusively attracted to other trans people, or prefer to only date trans people. 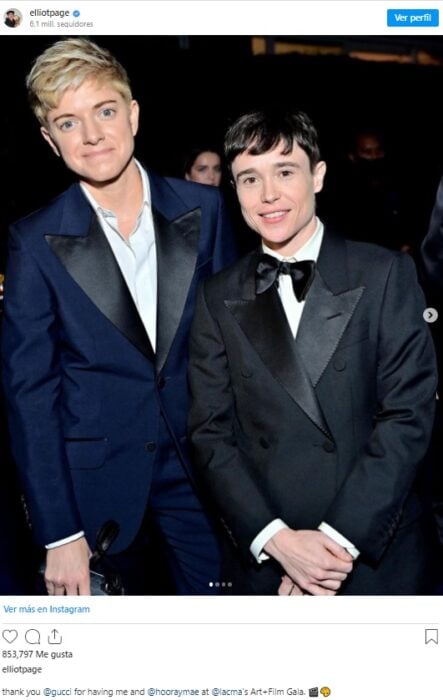 For his part, Elliot shared more photos of the event next to his companion, who reacted by leaving a purple heart. The publication was accompanied by the following text:

Thank you Gucci for having me already @hooraymae at the LACMA Art+Film Gala. 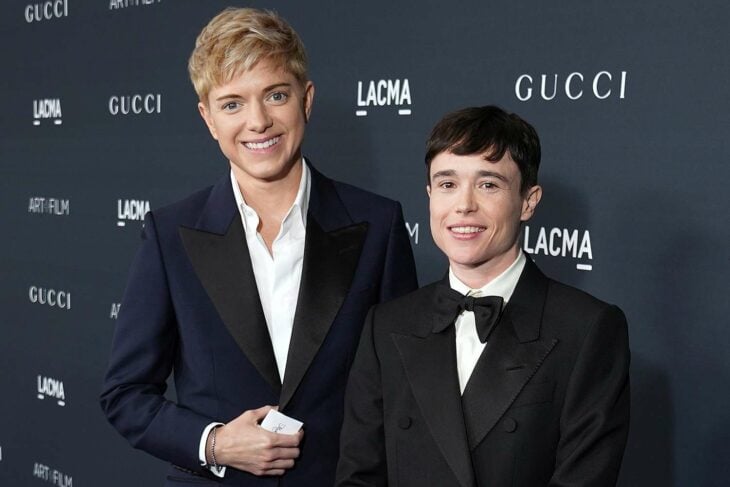 Finally, we still can’t get ahead of naming them an official couple, but it’s more than obvious that they both share a special bond and that they look amazing together.