The cryptocurrency community is in turmoil again. Early Sunday morning, January 16, notorious multi-billionaire and Tesla CEO Elon Musk tweeted a picture from Wikipedia showing grapes with the caption “everyone knows what grapes are.”

Commentators on Twitter immediately launched a competition for the most witty interpretation of the message.

But there were also those who linked Elon Musk’s message to the GRAPE token:

“Oh my god, this is Grape Coin, go guys, go,” wrote someone under the nickname @fine_mesh.

Judging by the dynamics of the token, many heeded his advice.

A tweet consisting of just two words and an image of a fruit was enough for the price of the $GRAPE token to almost double in a matter of minutes. 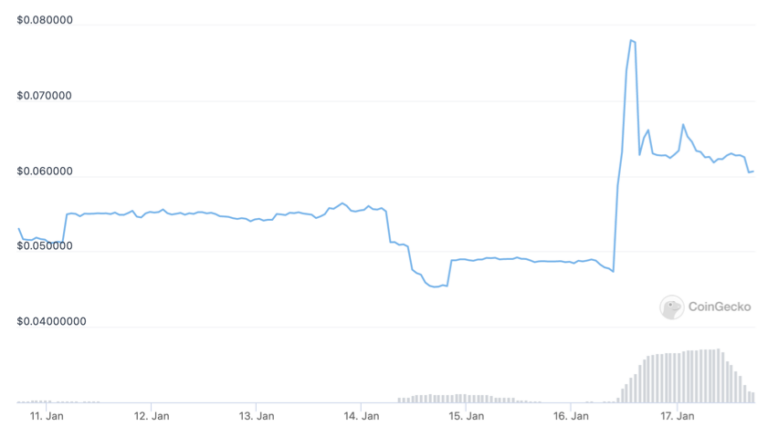 It’s never happened before, and here it is again

Elon Musk is known for his monosyllabic tweets, which the crypto trading community invariably interprets as support for one coin or another. Last week, the DOJO token went up 500% in just half an hour because Musk tweeted this word. Despite the high volatility, the token is still 155% more expensive than a week ago.

In October 2021, Musk crashed the Shiba Inu token by 26% with his tweet. Experts believe that the reaction of the market to the tweets indicates the immaturity of the market.

GRAPE is a token for the Solana-based Grape protocol. It offers users a set of tools with which to build communities within the Solana ecosystem.

The developers of the project claim that with Grape you can create any online community and organize it in your own way. One of the tools – GRAPE Access – binds social network accounts to unique cryptographic keys and issues permissions and access rights depending on how many coins are on the user’s balance.

Ascent with little fuel to the Stock Exchange

The painful history of the Greek car

V. Kikilias: Tourism in Athens is back

Israel says it will test bullet that killed reporter; Palestinians…

Jul 3, 2022
Israel said Sunday it would carry out tests on the bullet that killed a Palestinian-American journalist to…
Prev Next 1 of 15,489
More Stories

Private label products are more expensive but continue to be…

No additional tax 7 out of 10 clearances