Erdogan: Taliban must end occupation of their brothers’ lands 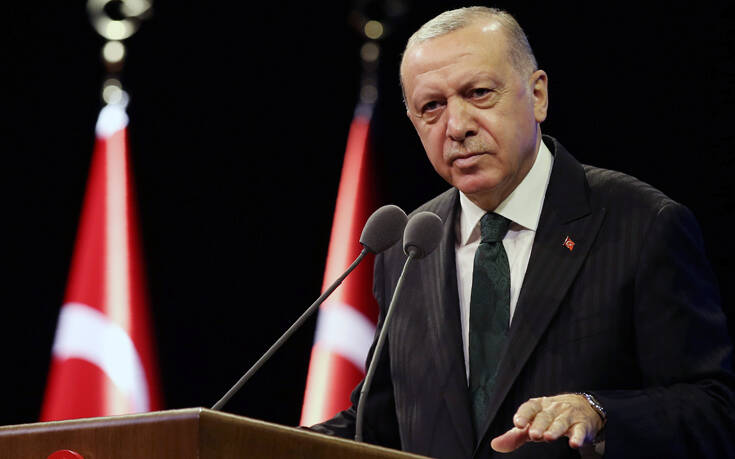 The Taliban should “end the occupation of their brothers’ lands” the Turkish president stated today Monday (19/7) Recep Tayyip Erdogan, downgrading the organization’s warning of the consequences if Turkish troops take over the operation of Kabul Airport in Afghanistan.

“The Taliban must put an end to the occupation of their brothers’ lands “To show the world that peace is the priority in Afghanistan at the moment,” he told reporters before leaving for the occupied territories, adding that he intended to hold talks with the Taliban on the issue.

“Right now, either at the Foreign Ministry level or at my level (…) we are trying to see what discussions we can have with the Taliban and where they can lead us,” said Recep Tayyip Erdogan.

The Turkish president even downplayed recent strong warnings from the Taliban to Turkey, who had stated that if Turkish troops took over the security of the airport they would be “treated as intruders”.

He also expressed the view that the radical Taliban movement is not opposed to Ankara guaranteeing the security of Kabul airport.

Erdogan: We hope to have talks with the Taliban

“There have been no statements that the Taliban do not want (to see) Turkey (in Afghanistan). The Taliban are well aware of the Turkish government’s position on this issue. We have specific plans and we support them. “We hope to have talks with the Taliban.”

Ankara, which has offered to operate and guard the airport in the Afghan capital following the withdrawal of NATO forces, has held talks with the United States on the financial, political and logistical support needed to deploy its forces there. .

In early July, the Turkish president said that Washington and Ankara had agreed on ways to deploy Turkish troops at Kabul’s Hamid Karzai International Airport, which is Afghanistan’s main exit point for Western diplomats and humanitarian workers. .

The fear of the airport falling to the Taliban is even greater as they lead an offensive against the Afghan army that has been under way since May and has taken control of large areas.

At the same time, the United States has accelerated the withdrawal of its troops in recent weeks, which should be completed by August 31, according to the schedule announced by US President Joe Biden.