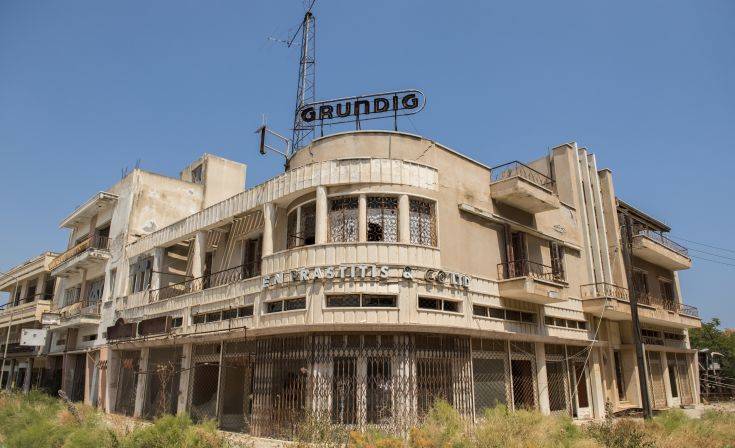 The will of the Turkish government to push for a two-state solution in Cyprus and the unilateral decision to open the enclosed city of Varos incontinued to provoke strong reactions internationally yesterday, with the United States to call for a “strong response” from the UN.

Turkish President Recep Tayyip Erdogan said on Tuesday during a visit to occupied northern Cyprus that UN efforts to find a solution and end the division of the island had failed, so he said “there must be a solution.” two peoples and two states “.

Since the Turkish invasion in 1974, the island has remained divided between the Republic of Cyprus, a member state of the European Union, and the self-proclaimed Turkish Republic of Northern Cyprus, which is recognized only by Ankara.

Cyprus: Negotiations at a deadlock since 2017

Negotiations to resolve the Cyprus issue have been deadlocked since 2017. In April, an attempt to resume talks by the UN, which oversees the island’s neutral zone, failed.

Victoria Nuland, the third highest-ranking US diplomat, expressed concern yesterday about the implications of the Turkish president’s remarks on UN diplomatic efforts.

Asked to clarify during a congressional hearing on whether the US government flatly rejects the two-state solution, she said “yes, absolutely”. “We believe that only a process that will be promoted by the Cypriots, bi-zonal and biconvex, can bring peace and stability to Cyprus,” he insisted, referring to a solution agreed since the late 1970s.

The “president” of Northern Cyprus, Ersin Tatar, announced for his part, with the support of Recep Tayyip Erdogan, the beginning of the “second phase” of his plan to reopen the Varosia, once a popular tourist destination abandoned by its inhabitants in 1974 and has remained enclosed ever since, strictly guarded by the Turkish army.

After strongly condemning on Tuesday night this “provocative and unacceptable” decision, which is “incompatible” with the commitments of the Turkish Cypriots “to participate in a constructive way in the peace talks”, the head of the American diplomacy Anthony Blinken informed him. his counterpart from the Republic of Cyprus, Nikos Christoudoulidis, to whom he reaffirmed the American position.

“We will press for a strong reaction from the UN Security Council,” he added, stressing that the fact that the Turkish Cypriots made this decision on Varosha violates SA decisions.

For her part, Victoria Nuland said that she had discussed with Turkish officials yesterday morning and demanded that the decision on Varos be revoked.

Guterres: “Deeply worried about the issue”

UN Secretary-General Antonio Guterres also said he was “deeply concerned” about the issue. He called on “all parties to refrain from any unilateral action that could cause tensions and undermine diplomatic efforts”, according to a press release issued by his spokesman.

These criticisms were added to those of the EU, France and Russia.

THE Greek government stresses yesterday that there must be a strong reaction to Turkey’s behavior.

“There is no room for improvement in relations between Greece and Turkey” and “between the European Union and Turkey” as long as Ankara “continues to be illegal in Cyprus,” the Greek Foreign Minister warned, recalling that this is the position of the European Council.

Users are outraged. Microsoft has removed a convenient feature that is used by millions from Windows 11