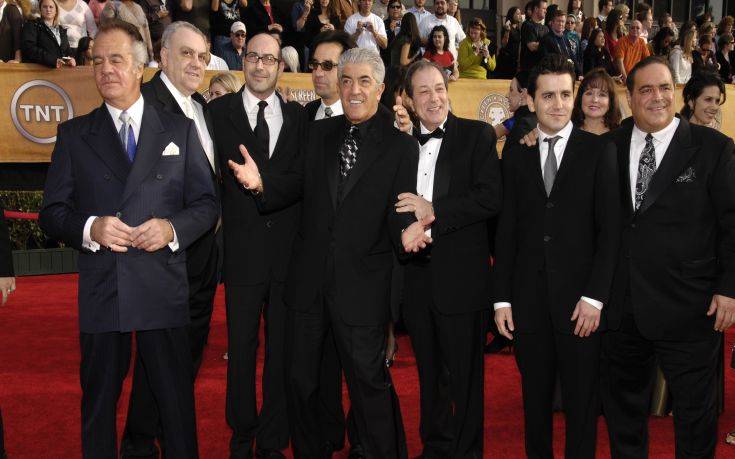 Britain: Police will not investigate “Christmas…

The fans of the series «The Sopranos» are invited to home which hosted Tony Soprano and his family for six seasons, reports APE.

“Evening at Tony’s” will allow attendees to tour the Caldwell, New Jersey suburb of Caldwell on May 29, enjoy a drink by the pool, meet and greet the cast. The Sopranos and wander indoors.

They can also be photographed in places where important scenes of the HBO series have been shot and sit in the white Cadillac Escalade of Tony Soprano, played by the late James Gadolfini.

The last episode of “The Sopranos” series about the story of a family with links to organized crime in New Jersey, USA, was shown in 2007, but its popularity still remains undiminished.

Tony Ticket tickets are available through VirtualCons and cost $ 995.

Big Interpol operation: Rescued 500 victims of trafficking with the participation of 24 countries

With virtual reality, the documentary “Na Pele” is immersed in Complexo do Alemão

Clarence Dec 8, 2021 0
Since Mark Zuckerberg announced the change of name of the company that controls Facebook to Meta, the term…

Stop her now! Demi Lovato “gave” a concert for ghosts and…

Dec 8, 2021
Demi Lovato has given a private concert to suspected ghosts of an abandoned house and assures that the spirits of…

Biden will impose sanctions on Russia if Ukraine is invaded, official…

France frees Saudi after confusing him with one of the…

Dec 8, 2021
French authorities released a Saudi man, detained on Tuesday (7), after confusing him with one of the murderers…
Prev Next 1 of 6,637
More Stories

In a tense meeting, the government yielded to quarantine to…

Learn how to get the nationally valid Covid-19 vaccine…

It is essential to vaccinate to avoid the risk of new…