Father of accused of attacking Kirchner sued for expulsion from Brazil

Chilean Fernando Ernesto Montiel Araya was the subject of an investigation for expulsion from Brazil in 2020. He is the father of Brazilian Fernando André Sabag Montiel, 35, who was named by the Argentine Federal Police as the author of the attempt to shoot Vice President Cristina Kirchner.

The process took place because of theexistence of a condemning criminal sentence handed down by the Justice Publish to your disadvantage”, according to the Brazilian Federal Police.

See the document in detail:

Montiel’s birth certificate, which states the birthplace of his Chilean father, and his mother, who is Argentinian. 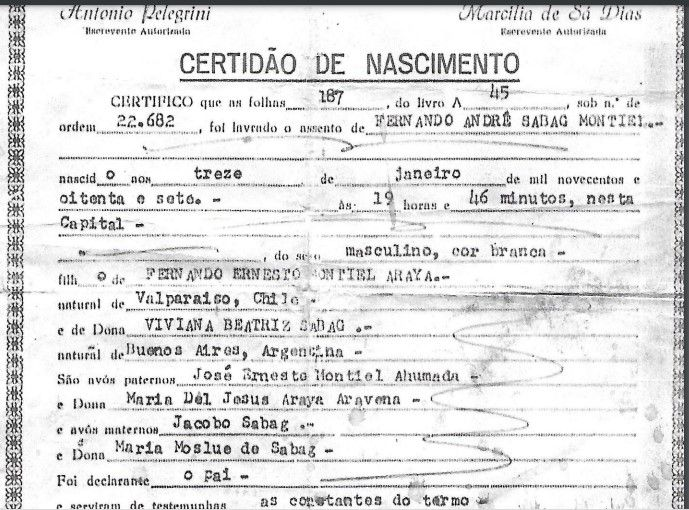 Cristina Kirchner was attacked at the door of her home in Buenos Aires, around 9 pm on Thursday (1).

Videos of people who were close to the crowd around the vice president captured the moment when Fernando André Sabag Montiel points the gun at Kirchner’s head and shoots. She even brings her hands to her head.

According to President Alberto Fernández, the .380 pistol, which was being manipulated by the Brazilian, had five projectiles and did not fire despite having been fired.

Fernández made an appeal for Montiel’s life to be preserved.

Check the timing of the shooting attempt:

Biden: He was in Cambodia and thanked the president of… Colombia for the hospitality – Watch video

France: Paris has confirmed that two more French citizens are being held in Iran