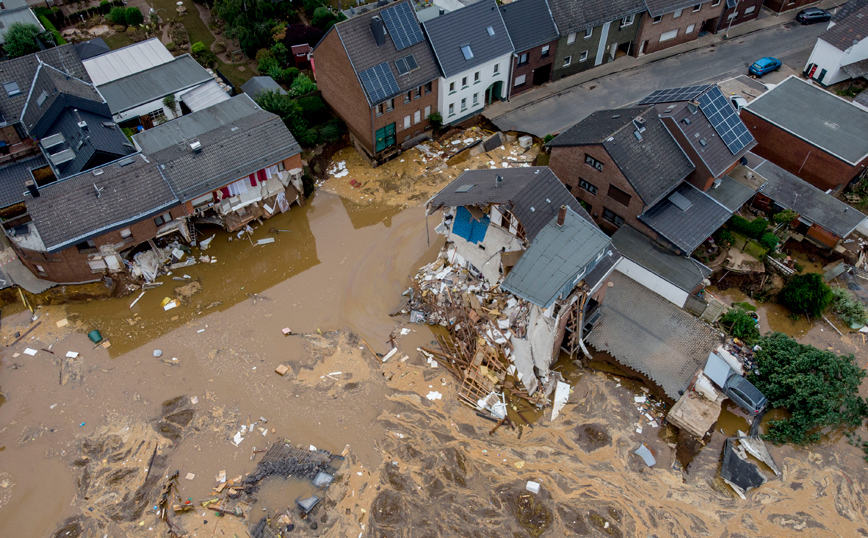 “Unlikely” to still find survivors in the wreckage of floods in western Germany gives the vice president of the Technical Assistance Organization (THW).

At the same time the death toll now stands at 170 and the missing from the Arvailer area of ​​Rhineland-Palatinate alone to at least 170. In total, more than 40,000 people are estimated to have been affected by the effects of the disaster.

“Right now we are looking for missing persons, clearing streets and drawing water from basements. At this point, however, it is unfortunately very possible to retrieve only corpses, not to save lives, “said THW Vice President Zambine Lackner at the Frankfurter Allgemeine Zeitung, while advising” not to rush to take responsibility “, especially whether a different early warning system could have saved more.

“Of course we have to work according to the procedures, but I consider this discussion unfortunate three or four days after the disaster. “Let us not talk now about failures and culprits while many people are still standing in front of the ruins of their property and many of the support measures are in progress,” said Ms. Lackner.

However, she pointed out that in the future more sophisticated warning systems will be needed, such as e.g. the loudspeakers used when we discover an old bomb somewhere. Many sirens have been removed in recent years, but we need them, he explained.

But as long as the waters recede, the extent of infrastructure damage in the affected areas is also revealed. FAZ speaks of damaged roads, railways, bridges and mobile network, while the German Railways (DB) announced that lines of about 600 km have been affected.

NZD / USD clings to modest daily gains above 0.6900, with its sights set on US stocks.