French student calls Mexicans ‘indigenous’ and makes fun of the flag; they expel him from the country

Mexico is one of the countries with the most exchange students, who are usually amazed by its colors, destinations, culture, music and gastronomy. There are even those who fall so in love that they move and even self-nationalize themselves as Mexicans, although this is not always the case.

This is the case of Maxime Tsr Perpoil, a Parisian student who obtained an exchange at the prestigious Universidad La Salle, in Guanajuato. Only a month after his arrival at the institution, Maxime went viral, but not because of his grades or projects, but because he made xenophobic comments towards his classmates and made fun of the tricolor flag.

To celebrate his first 30 days in Mexico, the student shared a photo on his Instagram account, in which he attached the following text:

His words were not to the liking of his colleagues, who spread another image where the man uses the Mexican flag as toilet paper. 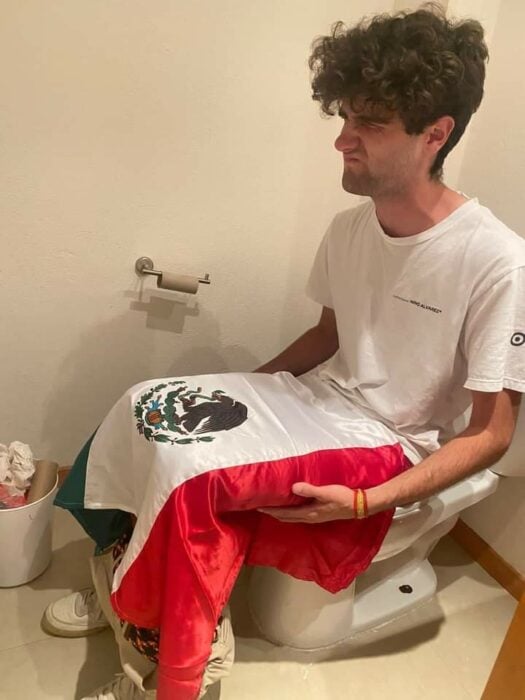 The photos soon went viral. In addition, Maxime began to receive a wave of messages calling for her extradition to France, as well as a public apology.

The controversy was so great that users on Twitter were quick to ask Marcelo Ebrard, Secretary of Foreign Affairs of Mexico, to take action on the matter. 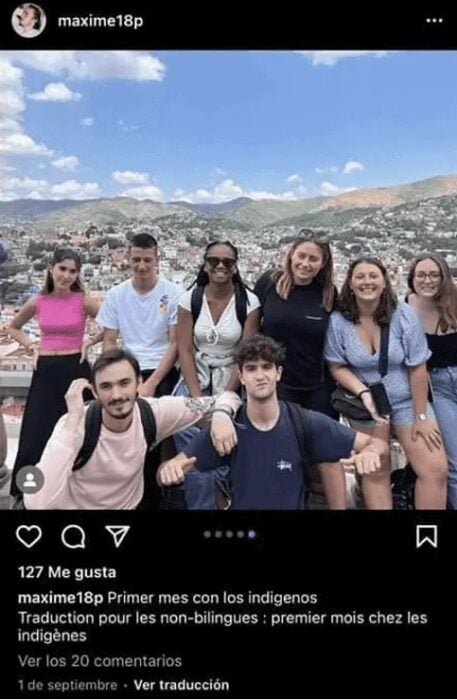 Seeing what his words and “jokes” had provoked, Maxime shared a message in a La Salle group apologizing for his bad behavior:

Hello everyone. This message is to apologize for what happened, my photos and my friend’s were very clumsy of us. I received many messages on my Instagram account, but I promise you that our goal was not to offend you. If we chose Mexico to go on an exchange, it was because we wanted to discover this country and we really enjoyed it. Our intention was never to disrespect you and your country. We talk to the administration and explain the mistake we made and that we regret what we have done. We really are sorry. 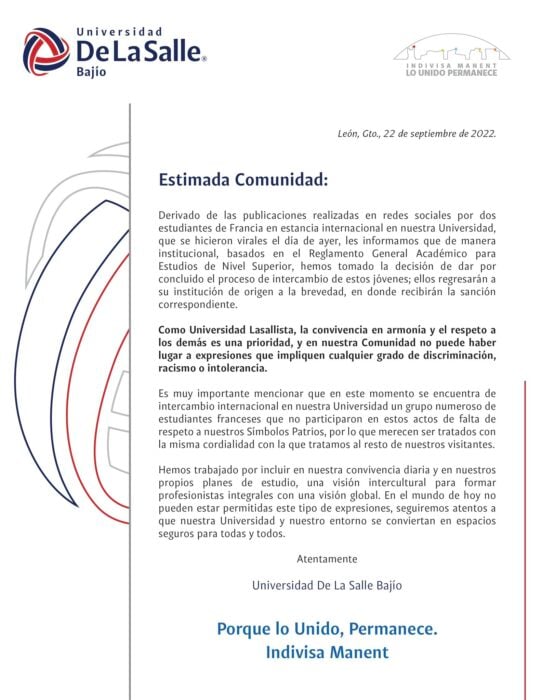 Through a statement, authorities from La Salle Bajío University, attached to the general academic regulations for higher level studies, announced that the decision was made to expel Maxime, who will return to his school of origin, where he will receive the corresponding sanction.

As a Lasallian University, coexistence in harmony and respect for others is a priority, and in our Community there can be no room for expressions that imply any degree of discrimination, racism or intolerance.

Finally, the institution took the opportunity to mention that there is a large community of French students who did not participate in the acts of xenophobia, for which it asked that they be treated with the same cordiality as always.

Oh wow! Swiss minister advises bathing as a couple to save energy