Full of nostalgia! This was the return of the Backstreet Boys to Mexico

On May 13, the first broadcast of the Tecate Emblema Festival 2022 was held, an event that took place at the Hermanos Rodríguez Autodrome in Mexico City and brought with it a show full of musical surprises of different genres for all generations. And one of the most anticipated presentations by all was that of the Backstreet Boys.

The Backstreet Boys were without a doubt the boy band that marked the youth of an entire generation in the late 90s and early 2000s. And, during their presentation at the Tecate Emblema, Nick, Brian, Howie, AJ and Kevin filled more than 40 thousand Mexicans with nostalgia, with their choreographies and songs, showing that they are still the best boy band of pop. 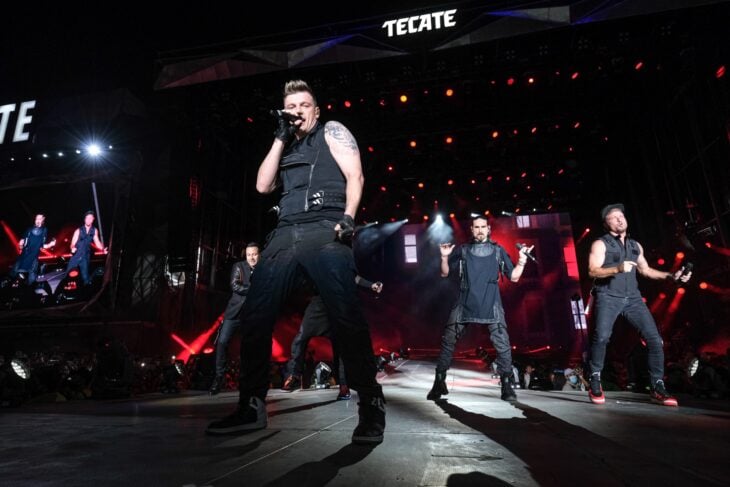 Despite the fact that 30 long years have passed since their debut, the five members of their group made it clear that they still retain the touch and magic that characterized them in their best years. They showed that they are the kings of the stage, despite the fact that they no longer have the youth or the same energy that they had when they released their first album in 1996, the musical repertoire with their best hits and their iconic choreographies made the attendees vibrate during a presentation that lasted a little less than 2 hours.

Dressed in black, at 10 o’clock at night, the members of the American band lit up the stage and to the rhythm of I Wanna Be With You, attendees sang along to the song and were transported back to their adolescence. To continue with the nostalgic journey of their DNA World Tour, they performed The Callfollowed by get-down and they went crazy when they sang Show Me the Meaning of Being Lonelyand even dared to interpret a part of the song in Spanish I will go wherever you want.

Backstreet Boys singing “Wherever you want I will go” in Mexico pic.twitter.com/lIWKlQ8cg0

With short periods to change costumes, the members took advantage of those moments to take a break between the songs that had choreography. The band revived hits like I Want It That Way, Everybody, Shape of My Heart Y As Long As You Love Mewith whom they made the attendees dance who took a great Show which gave them a great blow that hit them right in the nostalgia.

Alarm in Chelsea, the sale to the Bolly consortium is in danger

Jul 2, 2022
Another huge table that Vladimir Putin sat at has gone viral. The Russian president, after the white, huge table…
Prev Next 1 of 15,427
More Stories