The GBP/JPY falters during the North American session in the middle of a boring day. Investors are preparing for the publication of data on inflation in the US, which will be analyzed by them, with the aim of predicting the next move of the FOMC at the September meeting. At the time of writing, the GBP/JPY pair is trading at 163.15.

Market sentiment is bearish. US stocks are trading at a loss, while in the currency space, haven pairs are starting to make up some ground, except for the US dollar. GBP/JPY is trading close to its opening price, after bouncing from daily lows at 162.62, before hitting daily highs at 163.67. However, risk aversion weighed on the pound, causing the cross to fall.

From a daily chart perspective, the GBP/JPY pair has a neutral bias. For the second day in a row, the inability of buyers to break above the 20-day EMA at 136.64 added to the selling pressure on the cross, with bears huddled around the 163.60 area, pushing the exchange rate towards the figure. of 163.00. 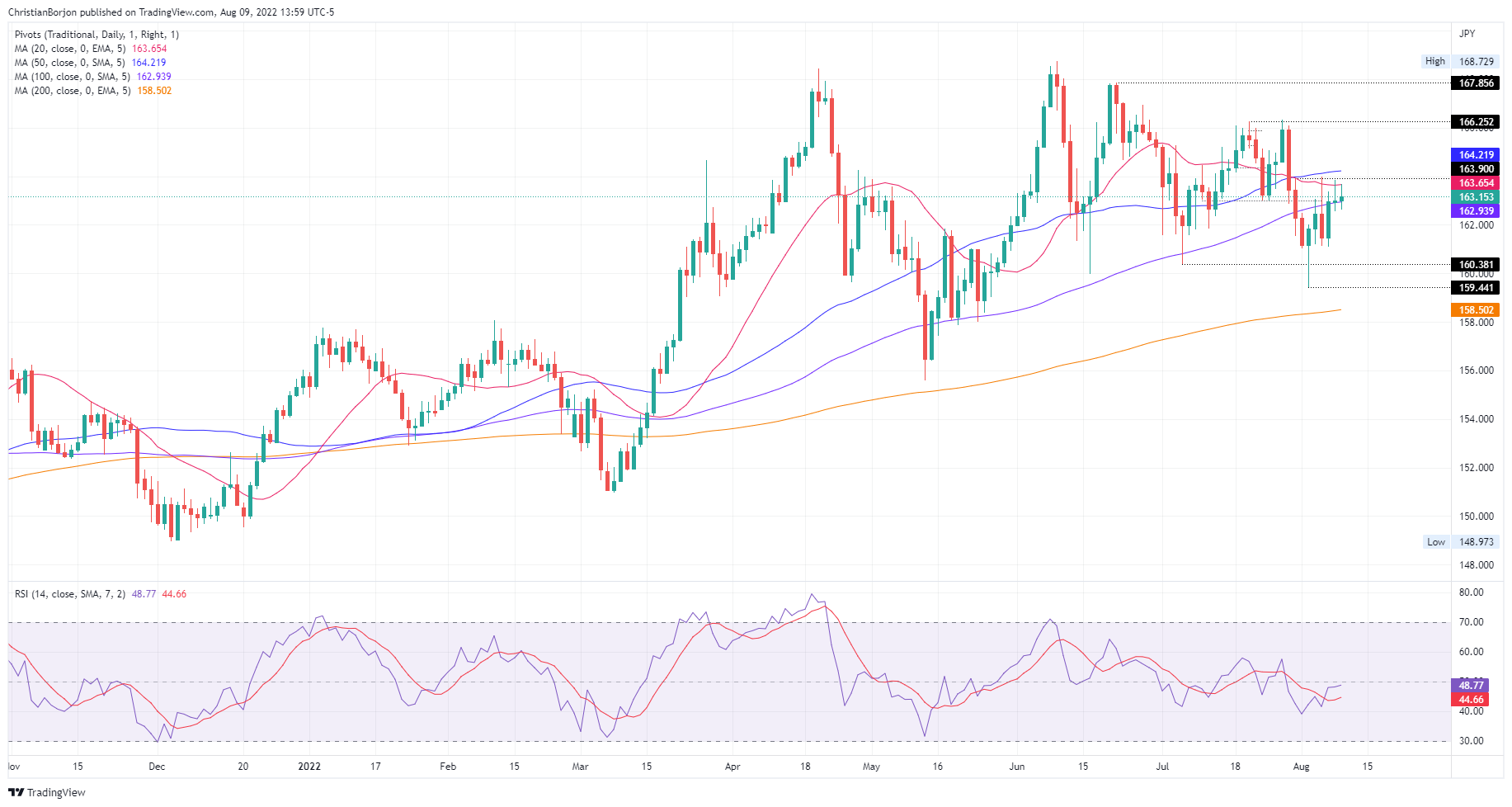 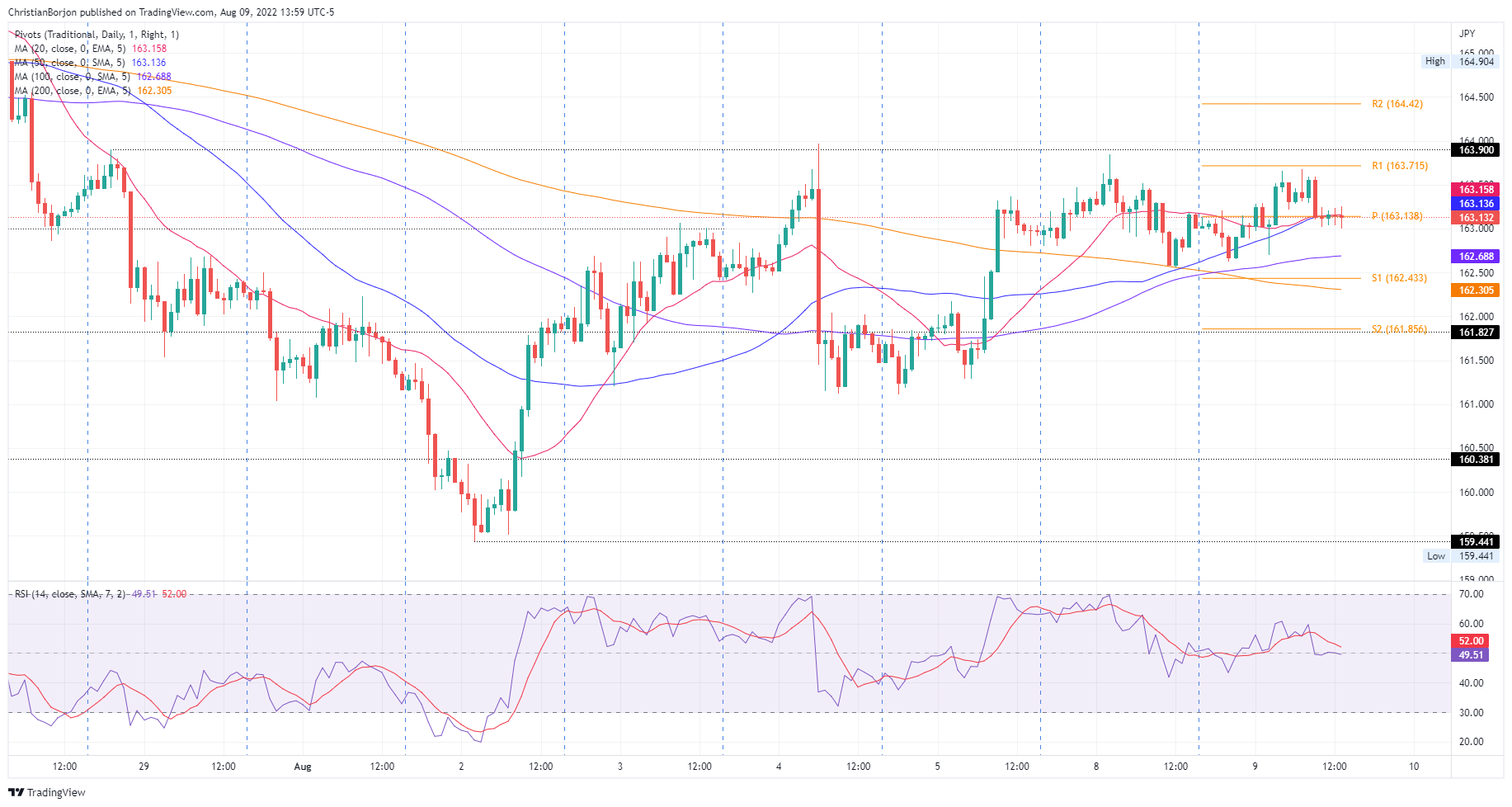