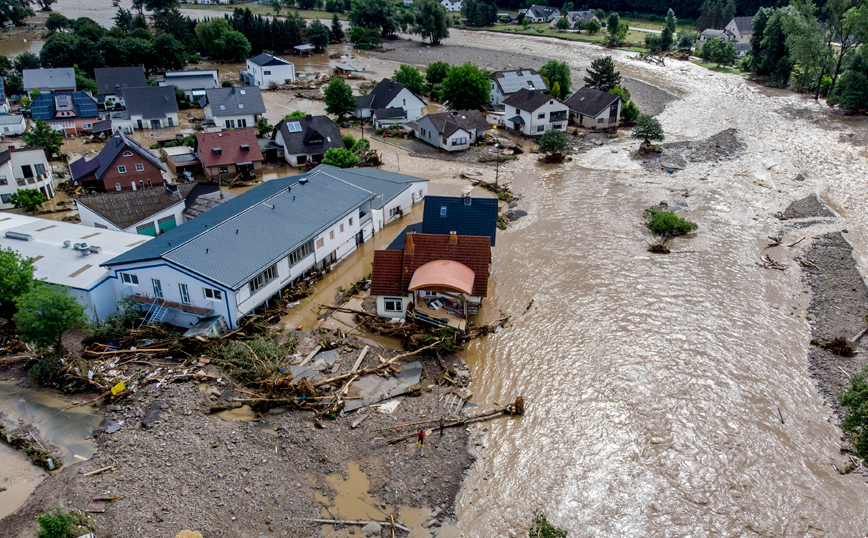 The German government today decided to provide € 400 million to those affected by the deadly floods last week in parts of western Germany.

According to the Athenian Macedonian News Agency, the federation and the states will share the burden, as the Vice Chancellor and Minister of Finance announced on Wednesday afternoon. Olaf Solts, while about six billion are estimated to cost the restoration of damaged infrastructure.

The funds, Mr. Solz said, will be used to repair the biggest damage and to deal with emergencies, while the establishment of a reconstruction fund, amounting to billions, is also planned.

The exact amount, the minister clarified, will be decided when the extent of the damage can be accurately estimated, but it is estimated that about six billion will be needed. “There will be immediate help now,” Solz promised, reiterating that the catastrophe was a consequence of climate change and that the resulting financial burden should not be blamed on citizens.

The Minister of the Interior Horst Seehofer For his part, he said that the funds should be paid without bureaucratic procedures, initially and without a precise needs assessment. “We are talking about support for people who have lost everything,” he said, noting that the affected municipalities would not be charged for the cost of emergency aid.

In addition to the 400 million, North Rhine-Westphalia has already announced that it will allocate 200 million and Bavaria, whose southern region was also affected by the disaster, 50 million.

Concern over new coronavirus outbreak in Brazil, Malaysia and Mexico