Glou’s residence in Kastella is under the hammer again

For the second time, the residence of Georgios Glou and his wife Maria Triantopoulos in Kastella, Piraeus, is expected to be confronted with the electronic hammer.

We remind you that last February there was an attempt to sell the said property, however, there was no interested buyer and then the auction was suspended.

This time, it is scheduled to go under the hammer again on July 28 with the first bid price remaining at €3.3 million.

The auction is accelerated by Probank under special liquidation, while the seizure was made for a debt of 150,000 euros, which is part of a larger amount. 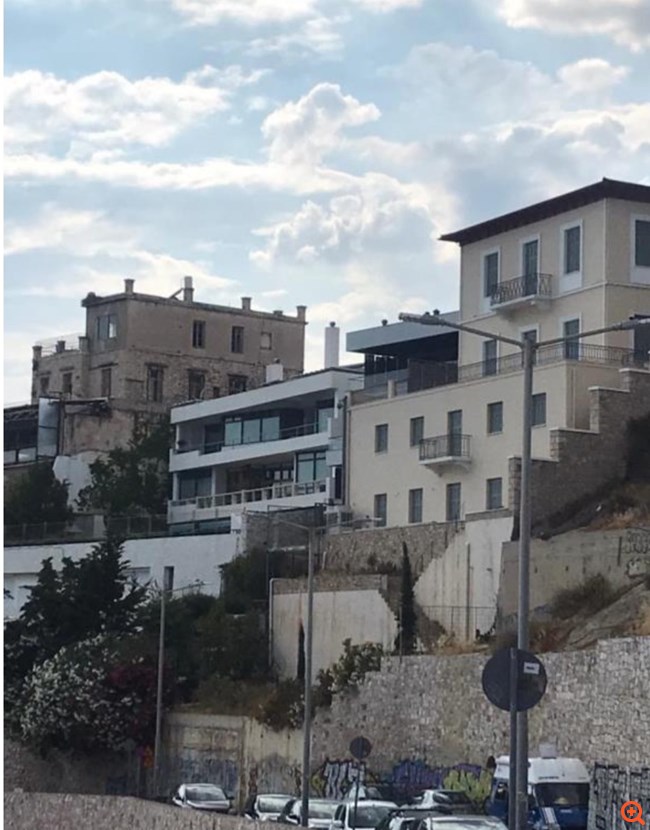 The view of the Saronic

Boasting an excellent view of the sea, the multi-level residence has been erected based on the building permit issued in 2004 by the Piraeus town planning office.

According to the assessment report, it is a building of conventional construction with a load-bearing body made of reinforced concrete.

At the same time, as pointed out, materials such as stone and marble have been used, it has a good aesthetic and has an unobstructed view of the Saronic Gulf due to its privileged location.

In particular, although it is located second from the sea, due to the terrain slopes, it has an unobstructed view of the Saronic Sea while it is located behind buildings of public interest, such as the municipal swimming pool of Kastella.

The property in question is located just 50 meters from the beach front and is generally placed in one of the best locations in the wider area of ​​Piraeus. It is a well-developed area, which has all the necessary services at a reasonable distance.

The store in N. Smyrna that changed hands

This is not the only asset that has been targeted at auctions and belonged to businessman Giorgos Glou, who together with his brother Antonis had created the Glou clothing chain.

A few months ago, a store, which functions as a restaurant and is located on the square of Nea Smyrni, passed to a new owner with the amount of the award closing at 2,125,585 euros, that is, about 800 thousand euros more than the original price bid that was set at 1.4 million euros.

It should be noted that the store, which houses the pizzeria Pizzoteca, includes a ground floor, which extends over a surface of 210 sq.m. as well as a loft with a total area of ​​100 sq.m., is part of a three-storey apartment building, which is located on 2nd of May street at number 18 in Nea Smyrni.

The fact that the pizzeria is housed in this particular property was no coincidence as it was in 2012 when Giorgos Glou decided to expand his activity to the catering industry with the Pizzoteca pizza chain.

- Advertisement -
Share
Facebook
Twitter
Pinterest
WhatsApp
Previous articleNew increase in the wholesale price of electricity – What is changing in the market
Next articleEntrance ticket to Venice, Toto Bergamo Rossi: “It will not be decisive”

Renewable sources should increase their presence in the energy matrix in 2022, says MME