the price of gold advances in the American session due to the fall in US Treasury yields, which weakens the dollar, after the publication of solid data in the US, specifically factory activity. In addition, investors applauded a risk appetite in the stock market, spurred by speculation that China is adjusting to exit its zero-tolerance stance on Covid-19. At the time of writing, XAU/USD was trading at $1,647, up 0.89%.

In the US, economic data released by the Institute for Supply Management (ISM), along with S&P Global, showed the resilience of the economy. First, the ISM manufacturing index came in at 50.2 versus 50 forecasts, while a sub-component that measures prices fell to its lowest level in two years. Timothy Fiore, chairman of the ISM Business Survey Committee, commented that the October report reflects that companies are preparing for an adjustment due to lower demand.

Earlier, the S&P global manufacturing index also fell but remained in expansionary territory at 50.4, above estimates of 49.9, though still down from 52 in September.

At the same time, the US Department of Labor reported that job openings in September rose surprisingly, as the JOLTS report showed an increase of nearly 500,000 to 10.717 million from 10.28 million in August, and exceeding estimates of 10 million.

Given that the US data was positive, the narrative of a Fed pivot could lose some weight as it warrants further tightening, as CME’s Fed Watch tool shows, rising from 86 to an 88 percent chance of a 75 basis point hike. As for the December decision, the odds are 50/50 of raising rates by 50 or 75 basis points.

XAU/USD tumbled from $1,650 to $1,643, a loss of $7, while US Treasury yields jumped from daily lows of 3,924% to 4,075%, a headwind for the yellow metal. Therefore, some downward pressure could be expected ahead of the Fed’s monetary policy meeting on Wednesday. 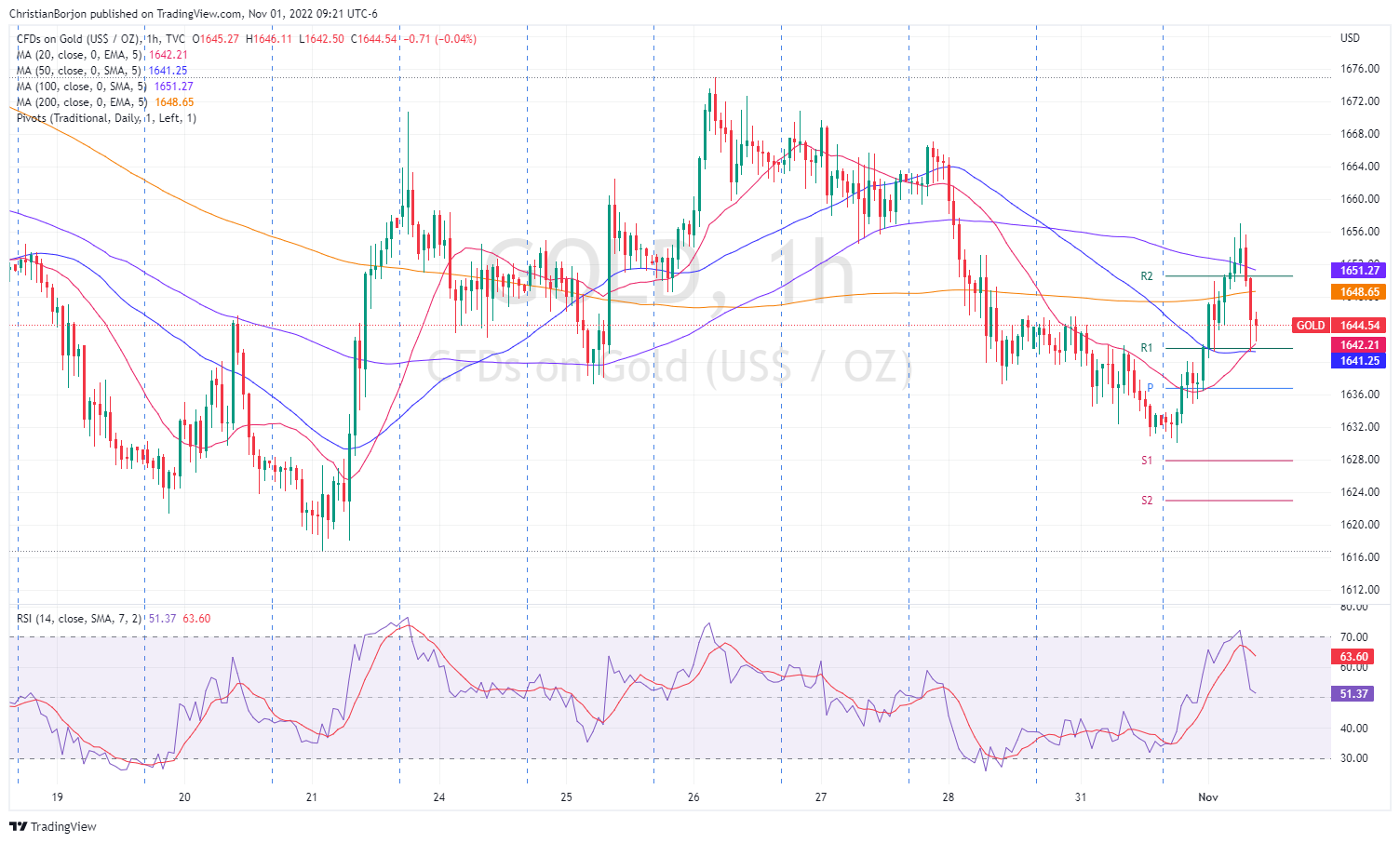