Gold price is heading higher on the day, now trading at $1,778 up 0.4% on news that at least two people have been killed after Russian missiles landed on NATO state Poland in the border with Ukraine, according to Express. Poland has called a meeting of the national security committee, according to a spokesman. Before the news, the yellow metal already suffered a fall.

The dollar had come under pressure on Monday after Producer Price Index data mirrored last week’s Consumer Price Index. The DXY fell to its lowest since mid-August at around 105.35 and was on track to test the August 10 low at around 104.636. US yields reacted accordingly with the PPI coming in at 8.0%, versus 8.3% expected and 8.4% revised (was 8.5%) in September. The PPI stood at 6.7% year-on-year, compared to 7.2% expected and actual in September. “The PPI data will do nothing to dispel the idea that the Fed is nearing a pivot,” analysts at Brown Brothers Harriman said.

Equity markets had been holding on to the PPI data as confirmation of the CPI data, but faded on the day and began to melt towards the day’s lows, suddenly driven lower by the geopolitical turmoil: 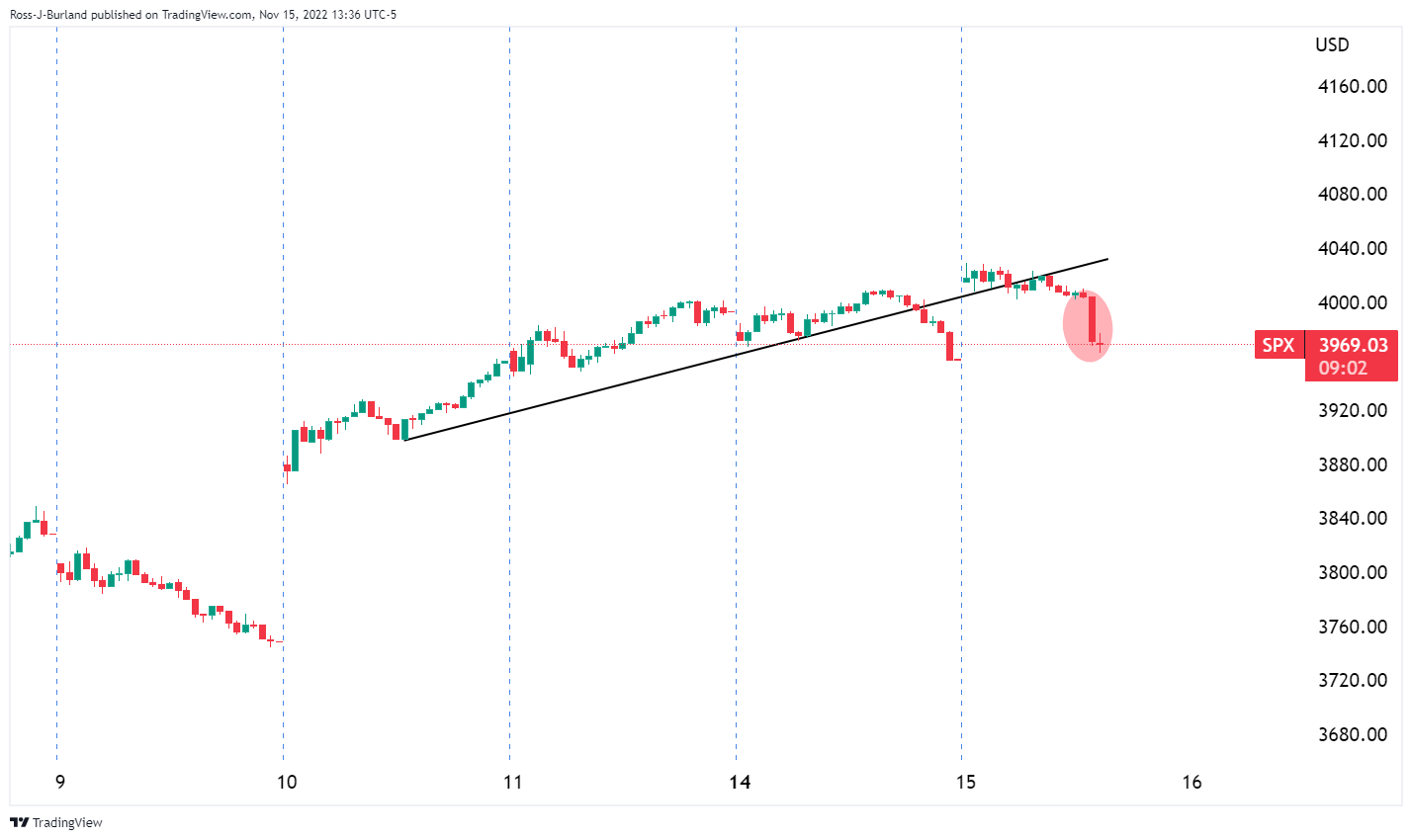 The above is the knee-jerk reaction of 15 minutes in the S&P 500 to the news. Add to this the risks of COVID from China and an inverted yield curve in the US, which indicate that the US economy is likely to enter a recession in the next 12 months or so, equities could continue to feel the pressure. . This scenario could again play in favor of dollar bulls and continue to weigh on gold prices. 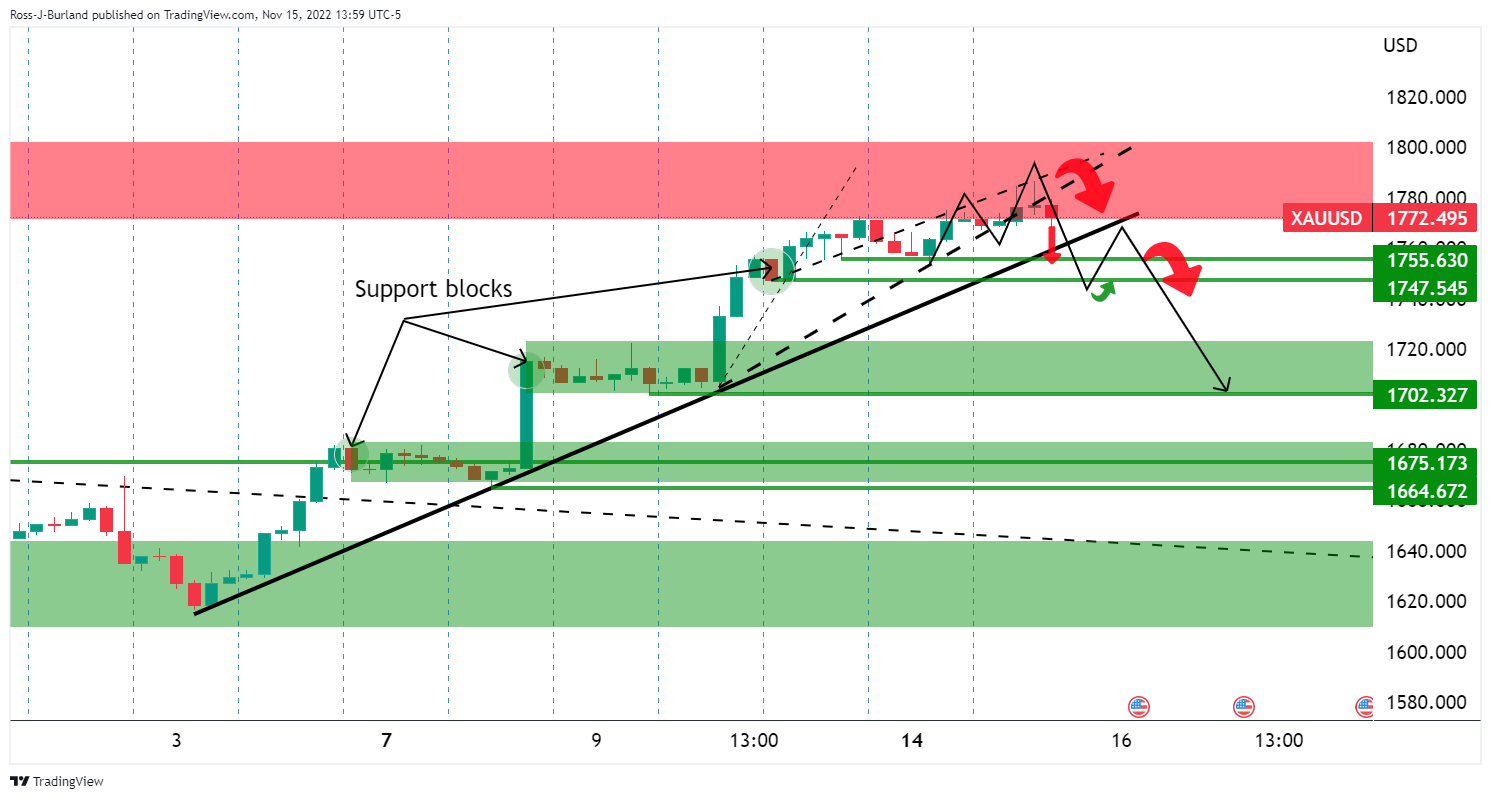 Prior to the news, there were prospects for an extension to the downside on the 4-hour chart. However, the news has put a bid on the yellow metal according to the following 15-minute chart: 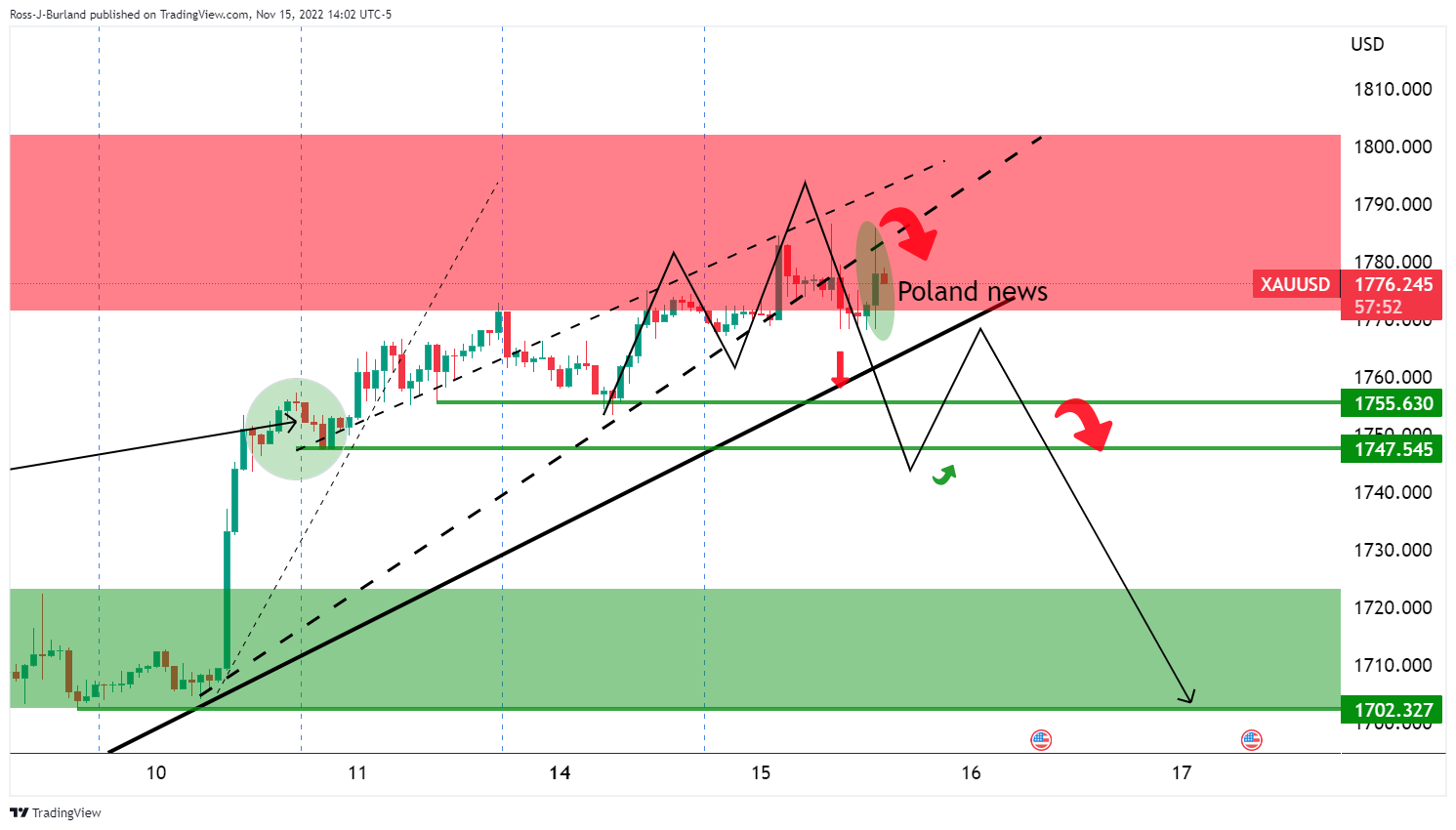 However, the situation is bullish for a correcting US dollar, as seen in the following DXY chart: 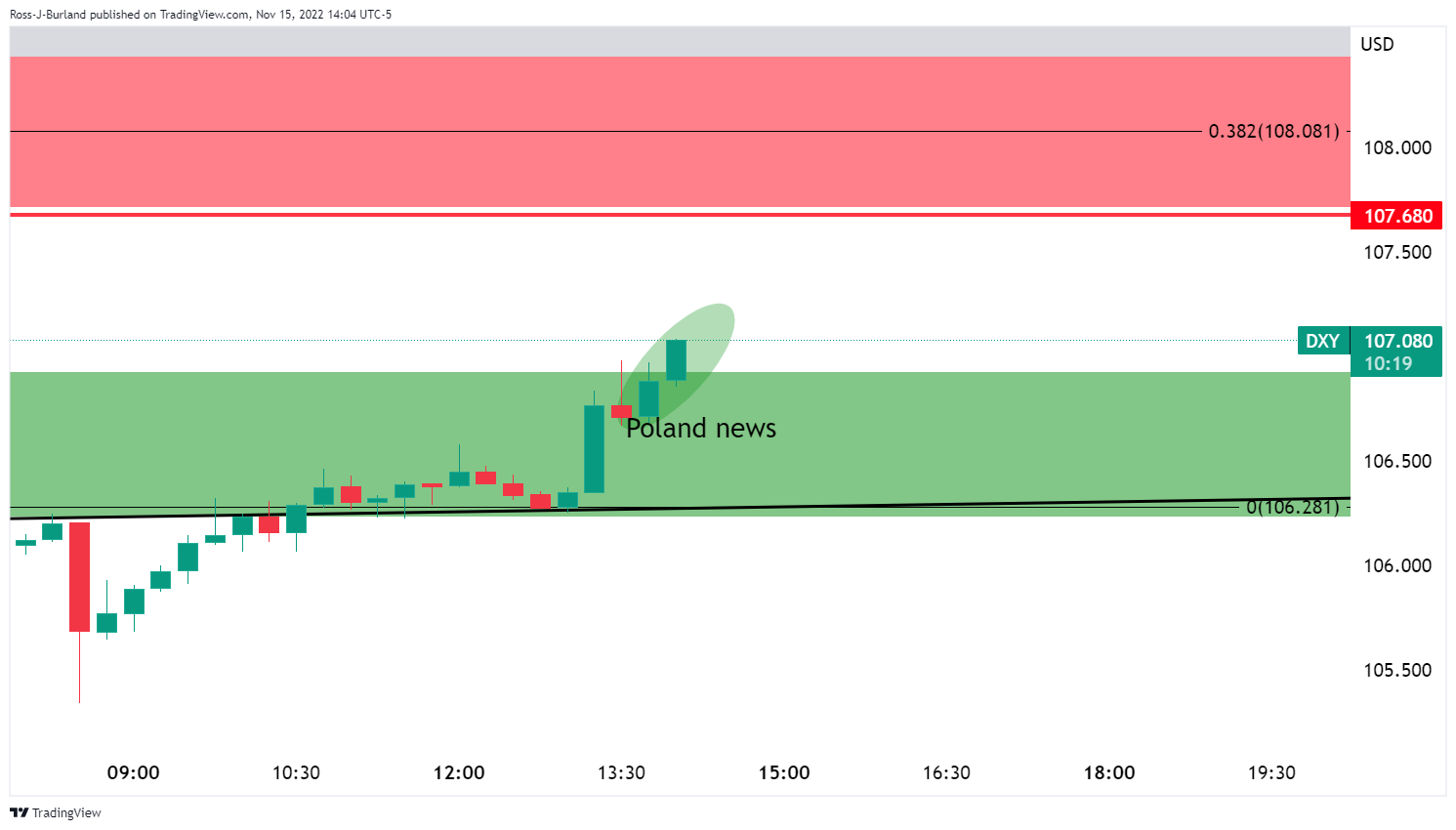 This could be the start of a significant correction on the daily chart, limiting Gold’s advances: 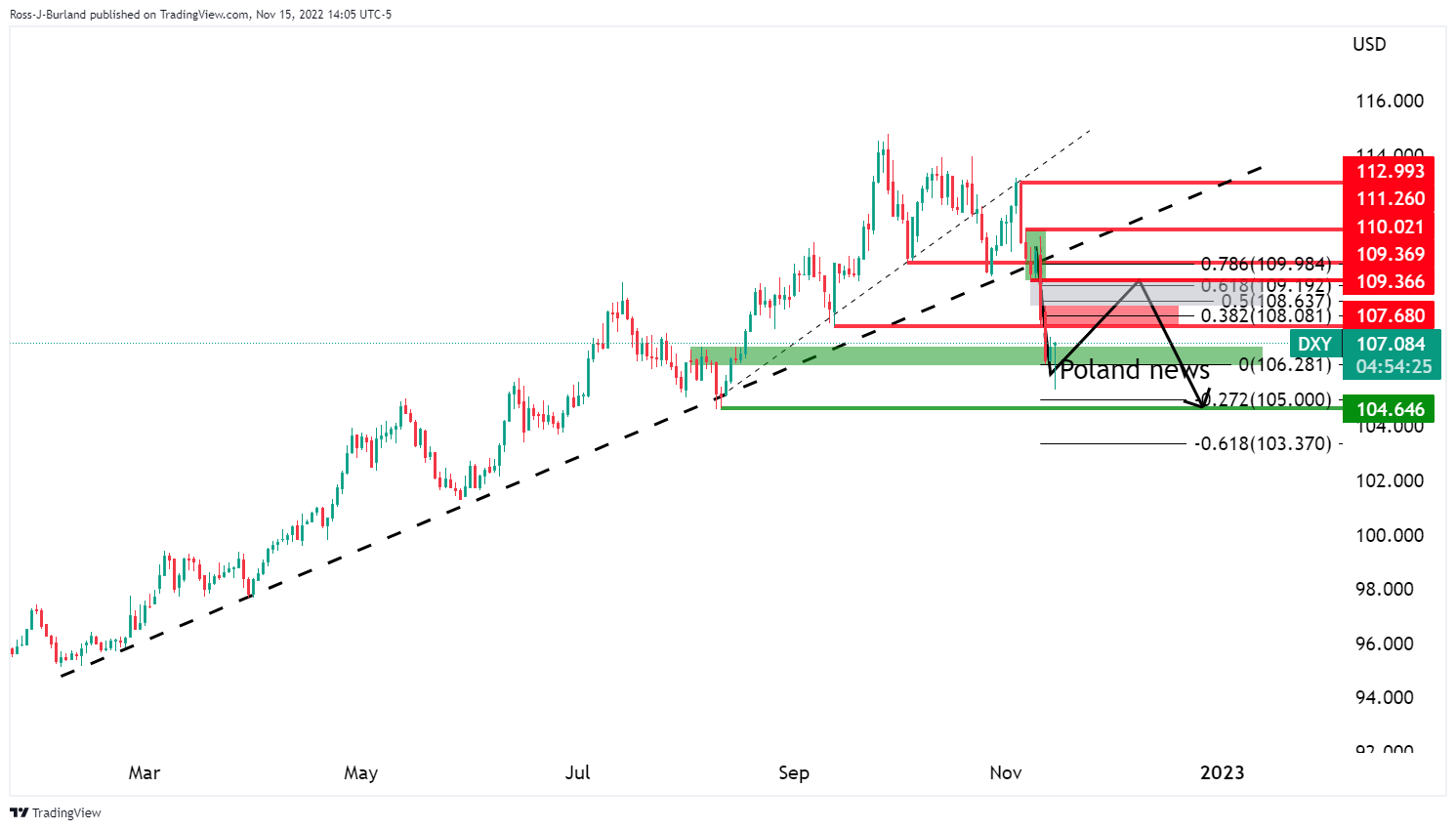 I am Joshua Winder, a senior-level journalist and editor at World Stock Market. I specialize in covering news related to the stock market and economic trends. With more than 8 years of experience in this field, I have become an expert in financial reporting.

Pope Francis: Laws that criminalize homosexuality are a sin and injustice