After a lifetime working in the public transport service, this driver from Argentina wanted to send a message to all the people he gladly took from one place to another for years.

After several decades of work, Charly Herrera will finally be able to retire and that is why he placed a banner in front of his unit announcing that this was his last lap. In addition, he documented his last trip as a farewell.

Georgi Vera published the photo of her father’s farewell as a public transport driver on Facebook, where Charly could be seen in front of the bus that had a sign that read: “Last lap, I’m retiring.”

In addition, he shared a video showing the moment when Charly honks the horn for the last time while people celebrate his last transfer aboard this man’s unit. 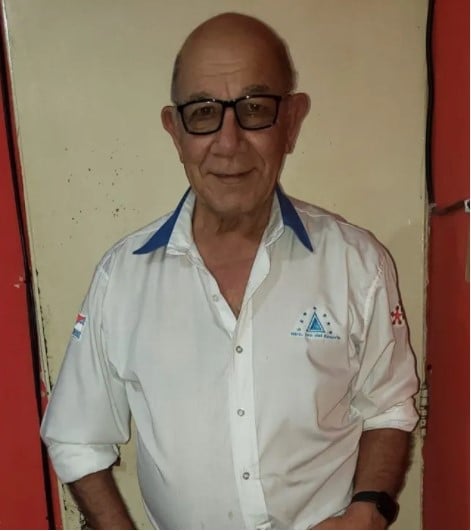 Georgi Vera, proud of all the work her father did over the years, wrote in her post:

You deserve the best in the world, you are my example, daddy. I love you, enjoy.

The publication has already reached more than 2,000 reactions and about 102 comments in which they congratulated the man for having given a great service for so many years.

“I’m too pretty to work”: Girl boasts how her ‘sugar daddy’ pampers her for being pretty

Adam, Moroccan who grew up in Italy: “We affirm our sexual identity here also…

Francesca Pascale and Paola Turci: 10 things you (maybe) don’t know about their…

Derek Black Jul 3, 2022 0
THE army her Britain announced that it was cyberattacked by a group of hackers, who breached accounts on Twitter…

Denmark: Shootings in a shopping center in Copenhagen –…

Jul 3, 2022
An alarm has been raised in mall of Copenhagen in Denmarkas there are reports of several shootingswhile…

Jul 3, 2022
Danish police said several people were shot at in a shopping mall in the capital Copenhagen on Sunday (3).City…

Italy: A glacier collapsed in the Alps – Six dead and ten missing

Jul 3, 2022
Tragedy occurred in the mountainous region of Marmolanda on Alps in the northeast Italyas it collapsed glacieras a…
Prev Next 1 of 15,486
More Stories

Tonino Cripezzi, the singer and keyboardist of the…

The most beautiful make-up seen at Pride Milano? Francesca…