The horrors of war have left an indelible mark on humanity, there is no need to state the reasons, there is simply nothing to justify the lives taken and ruined behind such a ruthless act. Conflicts like the Second World War are positioned as heartbreaking and ruthless events that left behind anecdotes that, no matter how much we would like to bury, are part of our identity as a nation and giving them the corresponding voice is the least we can offer the victims.

We might think that as a result of the war beautiful moments have also been born, but the truth is that the correct adjective would be bittersweet, since these events are born from the most horrible corners in which humanity has found itself. For example, the reunions of refugees with their families or the events to thank war veterans. 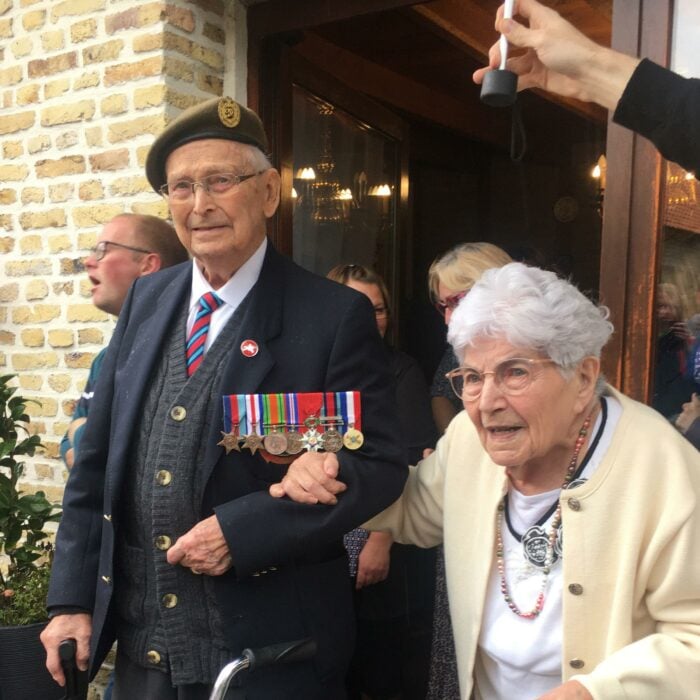 The following story has precisely that bittersweet connotation, as it deals with the reunion of two old friends who met in a gloomy but fortunate situation. It all began in 1944, when Reginald Pye was 21 years old and serving with 224 Field Company of the Royal Engineers division of the British Army. This war hero was traveling through France during the Battle of Normandy when fate put 14-year-old Huguette Geoffroy in his path, watching him taste her humble portion of food.

Noticing the little girl, Pye did not hesitate to offer her a can of sardines. However, she rejected it, as she was more interested in the bread and jam that was also part of the military’s dinner. It was so that he gave him his precious sweet bread, to which Geoffroy immediately took it and ran back to the place where he was moments before him. The beautiful act did not go unnoticed by the girl, since the next day she thanked the act with a small but significant gift. 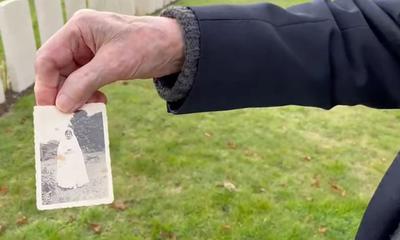 The next day, the Welsh native came across a container containing some milk. In addition, in a fraternal act, the minor included a photo of herself that she had her name written behind her. This would mark Pye for life, who would later confess that she kept her image in her wallet for 78 long years and that in the 1970s she returned to that area of ​​France hoping to find her friend. .

The memory of my brief encounter with this young woman will stay with me forever. In the darkest moments, this little human interaction left a big mark on my life. I always hoped that we would meet again.

The story reached the ears of the Taxi Charity for Military Veterans organization, which got down to work to make the dream of the war hero come true. After 78 years of having known each other, the two old friends were able to meet again in a retirement home in northern France, where Geoffroy (now 92) lives. The friends shared photos, tears and, again, a slice of bread and jam that Reginald Pye (now 99) gave him to remember how they met.