Imagine that on a common day, like any other, you decide to go to the beauty salon with the intention of getting your nails done, but some time later you discover that due to the procedure, you contracted a strange virus that caused cancer to develop on your thumb. Yes, you read that right, cancer from going to a manicure. What?!

The same reaction must have had the Mexican actress Grettell Valdez, who recently revealed the unfortunate fact, in which a manicure made with dirty instruments caused a virus that mutates into cancer, for which they had to amputate part of her finger.

After a slight absence, the actress reappeared on her social networks to report on her state of health a few days after undergoing surgery in which part of her thumb was removed to prevent the wart that was on it from spreading. become carcinogenic.

Grettell took advantage of her YouTube channel to post a video in which she looks visibly recovered and with her left thumb bandaged, detailing what happened. 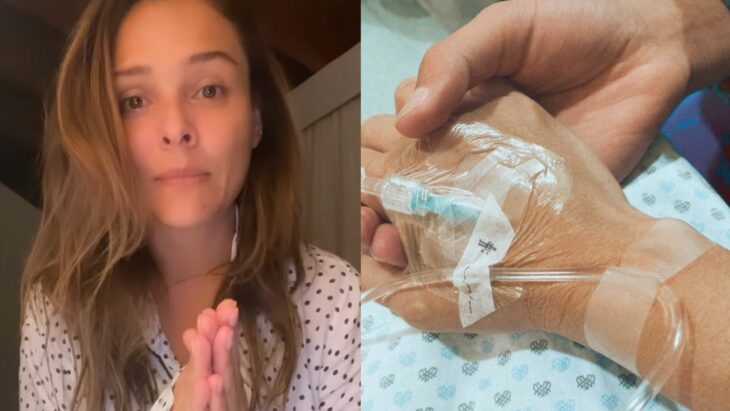 The actress explained how five years ago she contracted Bowen’s disease, known as squamous cell carcinoma, the earliest form of skin cancer, to which she did not pay attention, because at the time she thought it was an insignificant wart.

When she finally went to a professional, she underwent a biopsy and then underwent surgery to eradicate the cancer. Grettell revealed that she also received localized radiation and chemotherapy to the affected area to destroy any remaining malignant cells. During the video, he took the opportunity to deny that his finger had been amputated as many believe and clarified that only a quarter of the nail was removed, as well as his entire footprint.

Grettell advised her followers that whenever they go in for a manicure or pedicure procedure, they bring their own supplies or at least make sure all instruments are sterilized. Don’t take risks, please, a nonsense ended in all this, imagine.

Visibly moved, the actress thanked her followers for being aware of her health and we could not be happier that she is already better.

Hong Kong, the revolution “inside” China

What does it really take to have beautiful skin?

Marine Area: “Feeling like a factory defect, a burden to manage, is…

After 130 days in prison in Russia, American women’s basketball star must…

Schoinas: Europe has the power to solve problems that concern…

Jul 1, 2022
The pro-Russian separatists in the east Ukrainewhere two Britons and a Moroccan have been sentenced to deaththey…

Jul 1, 2022
Peruvian firefighters struggled Thursday to contain a wildfire near the Inca ruins of Machu Picchu as flames…
Prev Next 1 of 15,393
More Stories