Grupo Firme breaks record with 280 thousand attendees in the Zócalo but causes stampedes, fights and chaos

On September 25, the capital’s Zócalo in Mexico City was the stage where Grupo Firme, the Mexican regional music group, presented a concert that broke attendance records, since, according to the head of government, Claudia Sheinbaum, a total of 280,000 people gathered, a number of attendees never before recorded in what is also known as the Plaza de la Constitución.

Regardless of the forecasts of possible rain and the squeezing of the crowd, this September 25, the interpreters of get over me They made the crowd sing and dance their songs during a free concert in the capital’s Zócalo, in Mexico City, which spread to various streets surrounding the square, since several screens were placed in some points of the Historic Center.

.@GrupoFirme breaks attendance record at any concert in the Zócalo of Mexico City. 280 thousand people are estimated. pic.twitter.com/tCgj5E2rW2

Grupo Firme breaks attendance record at any concert in the Zócalo of Mexico City. 280 thousand people are estimated.

The concert was scheduled to start at 8:00 pm, Central Mexico time, but from very early on, fans of the famous band led by Eduin Caz gathered on the asphalt to line up and get a place. privileged as close to the stage as possible. 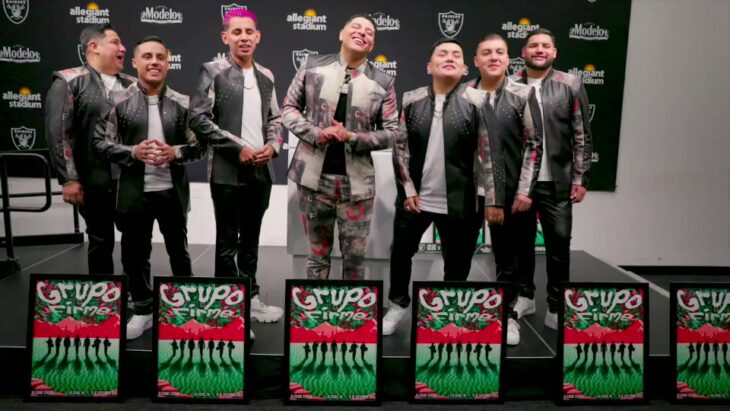 Before the group’s presentation, at about 7:35 pm, authorities reported that the main square had already reached its maximum capacity, so the audience was asked to follow the concert from a distance, either in networks or on television.

The concert lasted almost three hours, in which the attendees sang at the top of their lungs the successes of the group, such as: love was not for me, in your bitch life, ask me, the panther is gone, the toxic, among others. Despite the little space in the place, the public was able to dance to one or another theme surrounded by lights and fireworks.

10:44 #RoadCaution | Due to the concentration of people in the Plaza de la Constitución circuit for a musical event at 8:00 p.m. #AlternativeRoad Axis 1 North, Axis 1 East, Lorenzo Boturini and Central Axis Lázaro Cárdenas pic.twitter.com/Z5wFuZsUr5

Before and during Show Some inconveniences were recorded, since before 2:00 pm, when the entrance to the public was planned, there were already long lines of people waiting to enter to choose the best place. However, around 11:00 am, some individuals managed to jump the security fences and began to filter to get the seats in front to enjoy the concert.

After pulling down the fence that cordoned off and prevented people from entering, a whole stampede of people ran to get to the front of the stage first, which many classified as a very bad and terrible organization of the event. For this reason, countless users shared various recordings of attendees circumventing security and made the moment in which they all forced their way viral.

:#Ar2CDMX🦎🏙️:
The campaign was set up in the vicinity of the zócalo… the situation began to get out of control due to the Firme group’s concert.

P.S: @Claudiashein in case you don’t get the reports of the riots pic.twitter.com/Ejg4l1tXi6

Given the magnitude of the event, there were those who had to receive attention from the paramedics, since there were those who presented suffocation and a few others fainted due to poor air circulation. Without leaving aside the report of a fight between civilians and police that was witnessed in one of the streets near the Zócalo.

Despite the inconveniences, the pushes and the fights that arose in the great event, the Secretariat of Citizen Security (SCC) of Mexico City reported that the concert concluded leaving a white balance, without incidents to regret.

- Advertisement -
Share
Facebook
Twitter
Pinterest
WhatsApp
Previous article
Dream fulfilled: Friends celebrate the birthday of a grandmother and dress her as a princess
Next article
10 nail designs as beautiful and perfect as autumn itself

Neural network interview: Elon Musk switched to toasters and why Xiaomi is better than iPhone