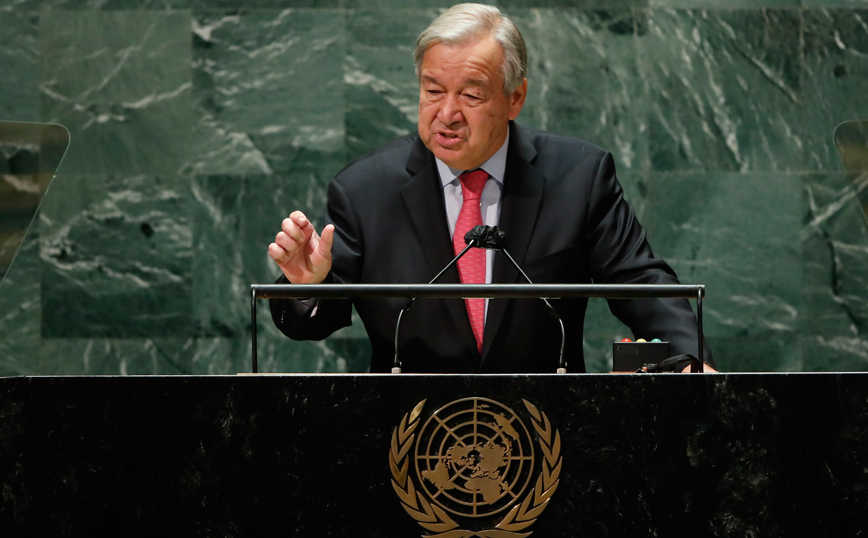 “It is vital that we safeguard the health of its atmosphere, the richness and diversity of life on Earth, its ecosystems and its finite reimgs,” said the UN Secretary-General.

According to Antonio Guterres, a healthy environment is essential for all people and all 17 Sustainable Development Goals: Provides food, clean water, medicines, climate control and protection from extreme weather events. It also highlights the importance of managing nature wisely and ensuring equal access to its services, especially for the most vulnerable individuals and communities.

“We are far from protecting our planet”

On the subject of this year’s World Environment Day, “Only One Earth”, the Secretary-General states that this planet is our only home.

However, Antonio Guterres notes that “we are failing to do so,” noting that “Earth’s natural systems can not keep up with our demands.” He recalls that 50 years ago, world leaders met at the United Nations Conference on the Human Environment and pledged to protect the planet, and he said that we are far from succeeding. “We can no longer ignore the alarm bells that ring louder every day,” he warns.

In particular, it notes that more than 3 billion people are affected by degraded ecosystems, pollution is responsible for about 9 million premature deaths each year, more than 1 million plant and animal species are in danger of extinction, many in decades, almost half people are already in the climate risk zone and are 15 times more likely to die from climate effects such as extreme heat, floods and drought. “There is a 50-50 chance that the annual average global temperatures will exceed the limit of the Paris Agreement of 1.5 degrees Celsius in the next five years. “More than 200 million people each year could be displaced by the climate change by 2050,” he added.

“We can all make environmentally friendly choices”

In this context, the Secretary-General underlines the need to “take responsibility for preventing the catastrophic catastrophic climate change, pollution and loss of biodiversity, for governments to urgently prioritize climate action and the protection of the environment through policies that promote sustainable progress “.

To this end, Antonio Guterres has proposed five specific recommendations for dramatically accelerating the development of renewable energy imgs everywhere, including the availability of renewable technologies and raw materials to all, reducing bureaucracy, shifting subsidies and tripling investment. As far as businesses are concerned, he suggests that they should put sustainability at the heart of decision-making for the sake of humanity and their own bottom line. A healthy planet is the backbone of almost every industry on Earth, he says.

Addressing citizens and consumers, he calls on them to make their actions count: from the policies we support, the food we eat, the transportation we choose, the companies we support. “We can all make environmentally friendly choices that will lead to the change we need,” he says. Special mention is made of women and girls, that they can be dynamic agents of change. “They need to be emancipated and included in decision-making at all levels. “Likewise, domestic and traditional knowledge must be respected and utilized to help protect our fragile ecosystems.”

It further appreciates that this year and next year will present more opportunities for the global community to demonstrate the strength of the multilateral approach to addressing the interrelated environmental crisis, from negotiating a new global biodiversity framework to reversing the loss of nature. until the introduction of a treaty to tackle plastic pollution.

Finally, Antonio Guterres, the United Nations is committed to leading these collaborative global efforts, “because the only way forward is to work with nature, not against it,” and that “together we can ensure that our planet not only does it survive, but it thrives because we have only one Earth. “

France: On the “table” the possibility of an imminent, voluntary partial black out – When will the lights go out