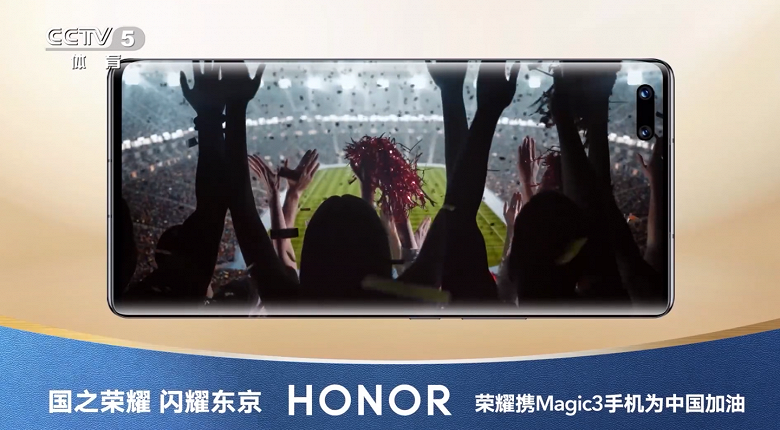 Chinese smartphone maker Honor has released an official image of the Honor Magic3 smartphone in a commercial that aired on China Central Television.

The commercial shows the front of the smartphone, which received a curved screen on the sides with noticeable frames only at the top and bottom, as well as an embedded dual front camera.

The Honor Magic3 is expected to be powered by the Snapdragon 888+ SoC and will feature a 6.7-inch QHD + AMOLED display that will support HDR10 + high dynamic range and a high refresh rate of 120Hz. Also in the line is expected model Honor Magic3 Pro + with a sub-screen camera and support for 100-watt charging.

The launch conference for the new Honor Magic3 series is set for August 12, 2021.