HotelBrain: Goes for 100 hotels and from 2023 for Athens Avenue

Hotel Brain continues its expansion with the goal of renting 100 units nationwide by 73 by the 2023 season from today, while at the end of 2022 decisions are expected to be made as to whether the company will proceed with its listing on the Athens Stock Exchange.

“Today we are the largest hotel company in Greece in number of hotels and one of the largest in terms of turnover and staff.

“Despite the two very difficult years we went through due to the pandemic, we have increased the hotels we rent by adding 26 new units and we aim to have a hotel portfolio of 6,500 rooms in the 2023 season”, said the founder and CEO of HotelBrain, Panos Paleologos information for journalists.

The cooperation with the IOGR group

According to Mr. Palaiologos, the investment was implemented through a share capital increase and now Swissport Hellas of the IOGR group has about 20% in HotelBrain with other shareholders, the Southbridge fund and itself. 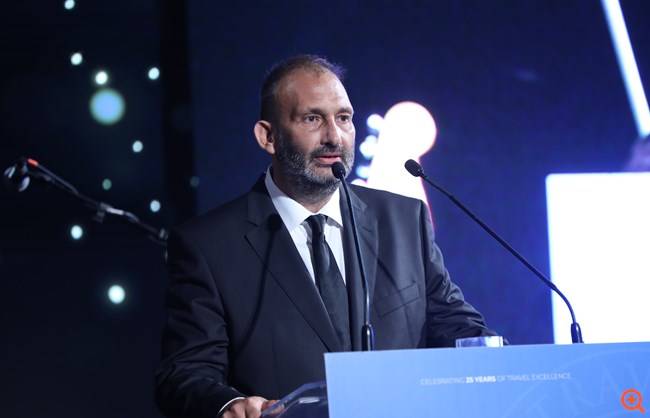 Answering a relevant question, Mr. Paleologos noted that a possible next step is the listing on the Athens Stock Exchange. “This is what our advisers are telling us, but we will make the final decisions at the end of 2022,” he stressed.

Hotel Brain’s operating model is based on the conclusion of long-term hotel leases, lasting more than 10 years, in developed tourist areas of the country, mainly in the Cyclades and Dodecanese.

Through the administrative and management team, which consists of about 90 people, the central support of the hotels is achieved (sales, supplies, IT, technical support, HR, accounting, etc.), while the hotel operation is decentralized to each hotel separately, adapted to each concept and character selected.

“We have in our portfolio a geographical spread but also different hotels, from five-star all-inclusive to small hotels and rooms for rent, this allows us to offer a complete proposal to our partners and tour-operators”, said Mr. Paleologos, adding that The next goal is to expand to areas of the country where the group does not have a presence such as Corfu and Zakynthos.

In the next stage, the expansion of the group to additional activities through the utilization of the human resources and the network that it has developed is not excluded.

Apart from the same hotel activity, the HotelBrain Group continues its “traditional” activity, that of hotel management on behalf of their owners but also of consulting to owners and hospitality chains, having a portfolio that includes over 80 cooperating third party hotels while consulting services also provides abroad (Cyprus, Austria, Bulgaria, etc.).

Giacomo, the youngest astronaut in the world, in spite of the tumor

How to give the ‘first stamp’ to young people

Economic scenario makes the beginning of the year difficult for Brazilians

The Big Debate: Know if it’s time to invest in cryptocurrencies

Algeria is offering $ 100 million in aid to the Palestinians

Derek Black Dec 7, 2021 0
THE President of Algeria Abdelmanjid Tebun announced on Monday (06/12) the grant of 100 million dollars in aid to…

Biden prepares sanctions against Putin’s circle ahead of…

Dec 7, 2021
US officials are considering a wide range of sanctions against Russia aimed at preventing Russian President…

Dec 7, 2021
A historic agreement has been signed to create the world's first sustainable floating city; Busan in South Korea,…

Dec 7, 2021
When the Christmas tree, its annual gift Of Norway to London, arrived at Trafalgar Square and placed the…
Prev Next 1 of 6,577
More Stories

Government prepares MP for first payment of R$ 400 of…

Ford postpones the return of 30,000 workers to the office…