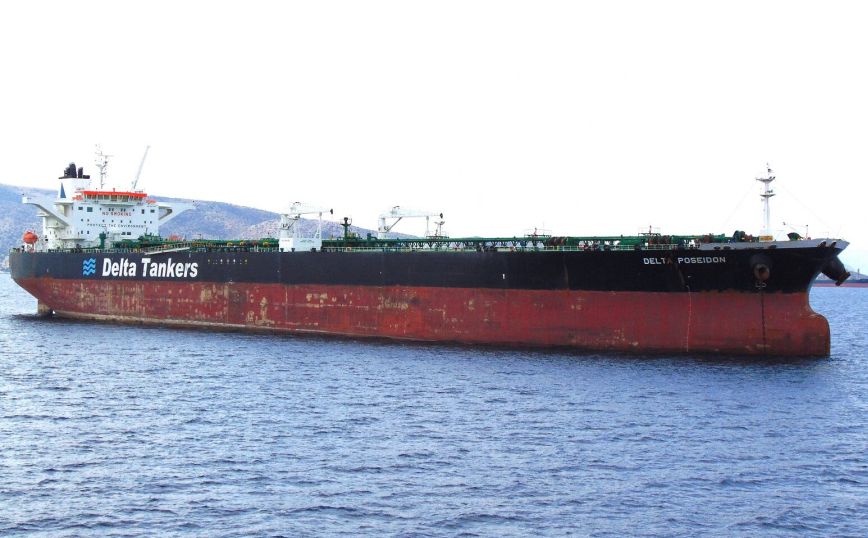 The Greek authorities are on alert, after attacked by two Greek-flagged tankers in the Persian Gulfwith the Guards of the Revolution taking responsibility.

The fact of the seizure of the two ships was made known by the Iranians themselves, with a statement issued by the Public Relations Department of the Islamic Revolutionary Guard Corps (IRGC) stating that “IRGC naval forces seized today (yesterday, Friday) two Greek oil tankers in the Persian Gulf due to violations committed”without, however, naming the type of violations that prompted the “piracy”.

The two ships, Delta Poseidon and Warrior, were in Persian Gulf, when the operation to occupy them by the Guards of the Revolution began. According to reports, in Delta there were 25 people as a crew, of which two were Greeks, while in the Warrior were present at that time 23 people as members of the crew, of which eight are Greeks and one Cypriot.

The anguish of the relatives and friends of the Greek sailors is further intensified by the fact that the landing on the Delta Poseidon was reportedly carried out by a helicopter from which seven armed men disembarked, while the landing with seven armed men on the Prudent Warrior ship was similar.

As for the fate of the crews, the only information that has become known after the first moments of “piracy” is the fact that the armed Guards of the Revolution have gathered the entire crew of Delta Poseidon on the deck of the ship. As for the condition of the Prudent Warrior crew, there has been no new one so far.

Despite the efforts of both the Ministry of Foreign Affairs and the Ministry of Shipping, however, No communication was possible with the two ships, with the Greek authorities remaining on alert in order to coordinate their actions. For precautionary reasons, the Ministry of Shipping provided information to the floating ships (approximately 17 tankers) in the Persian Gulf, so that they would be on increased alert, in case the naval actions of the Revolutionary Guards were extended.

In terms of ownership, Delta Poseidon belongs to the fleet of Diamantis Diamantidis’s Delta Tankers and Prudent Warrior to Polembros Shipping Limited in the interests of Spyros Polemis.

By order of the Minister of Foreign Affairs, Nikos Dendias, was held intense protest against the Iranian Ambassador in Athens, characterizing these acts as acts of piracy.

The Secretary-General strongly condemned these acts, which are contrary to fundamental rules of international law and international navigation. He called for the immediate release of the ships and their crews.

He also stressed that these actions will have a particularly negative impact on bilateral relations, as well as on EU-Iran relations.

The Ministry of Foreign Affairs has already informed the European External Action Service, the International Maritime Organization, as well as allies and partners of Greece.

In light of the above, the Ministry of Foreign Affairs advises Greek citizens to avoid traveling to Iran.

Greek-flagged ships are required to follow the instructions of the Ministry of Shipping and Island Policy, with which the Ministry of Foreign Affairs is in close coordination and constant communication.

The incident may be retaliation for the seizure in Karysto of a large consignment of Iranian oil transported by a Russian ship.

K. Skrekas for withdrawal of devices: The subsidy directly to the fund