Mobile phones and smartphones have come a long way from a massive brick with buttons to a nondescript remnant, during which almost every major manufacturer tried to revolutionize and come up with a completely new device. This is how tendencies arose, and now, after many years, they can be quite easily traced: at one time clamshells were popular, at another time – sliders, then there were experiments with a “rotary” format, and so on. Many of the old ideas (especially the failed ones) now seem pretty ridiculous – sometimes it’s surprising that manufacturers really counted on the success of certain models.

Inspired by GSMArena, this article compiles the most popular trends in phone and smartphone manufacturers that have left their mark on the history of mobile phones. It is not form factors that are mentioned here, but varieties of designs for pocket gadgets.

Static – these are the most ordinary mobile phones, in which nothing turns and does not open. In the days of active experiments in the technology market, this type could be completely distinguished as a separate one, because there were not much more models with the usual design than other pretentious gadgets.

It would seem that static phones are the most boring segment, and manufacturers decided not to take risks with it, but no matter how it is: history is full of examples when almost the most unusual models came out in this format. If, for example, the Nokia 3650 does not cause much delight, and the Nokia 7600 seems like an April Fool’s joke, then look at the Nokia 7280 – one of the most unusual mobile phones in history, which completely lacked a numeric keypad. 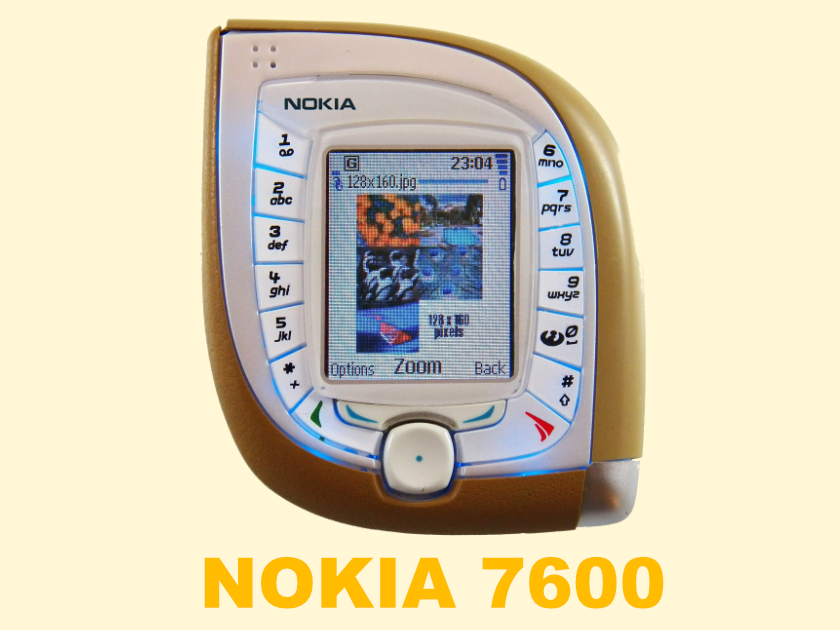 Similar to the modern vaping device, the smartphone offered only a rotary wheel and a select button as a means of data entry. Surprisingly, the Finnish manufacturer did not abandon his idea shortly after the start of sales of this model, and even presented its successor in the face of Nokia 7380 with the same form factor, but simplified design. 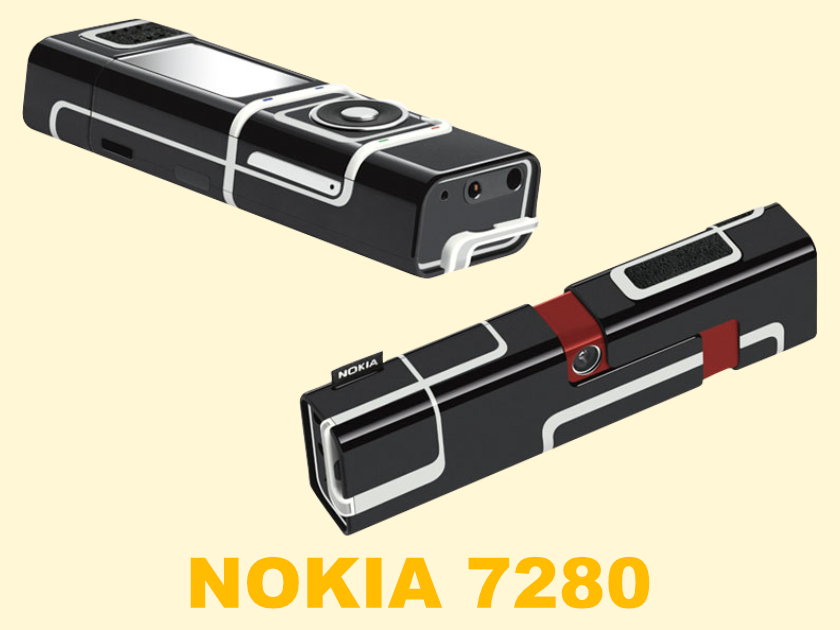 The clamshell form factor has long been almost the most popular, and this is not surprising, because in the era of push-button phones, manufacturers wanted to equip their devices with large displays, while keeping gadgets compact. That is how clamshells appeared: when folded they were even smaller than static models, but when unfolded they received all the advantages in the form of a comfortable full-size keyboard and a large screen.

Perhaps the most memorable model of this form-factor can be considered the RAZR V3, the 2004 flagship from Motorola. It got its name largely due to the design, because the smartphone was very thin for its time (especially its top panel), and its keyboard was covered with a metal plate – the appearance resembling a blade and the abundance of metal referred to razors, which became the basis for the name RAZR (from the English razor – razor). 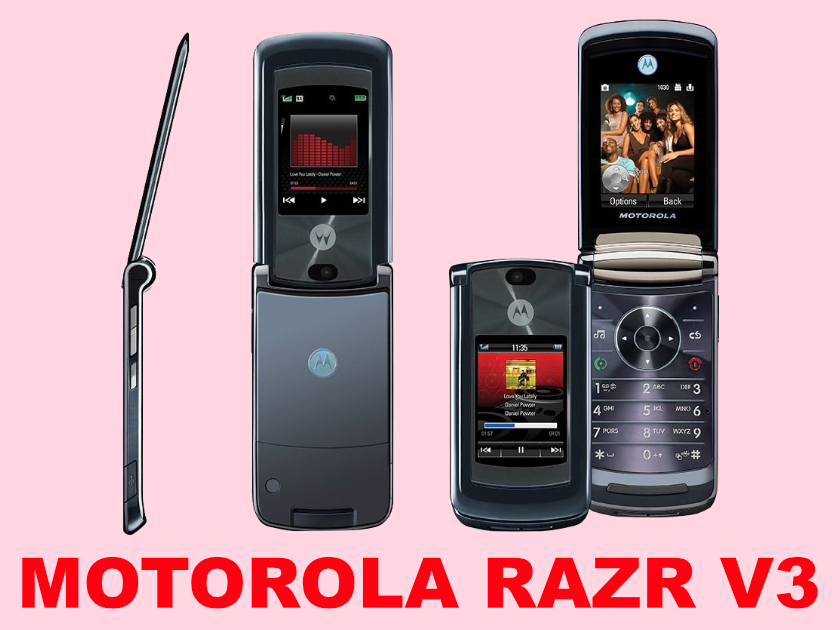 The popularity of clamshells at one time was so great that such a form factor is still in demand among a certain circle of people (albeit mainly in Asia). For example, in 2015 LG released the Wine Smart clamshell, and Samsung released the Galaxy Folder (which was continued in 2017 with the Folder2). 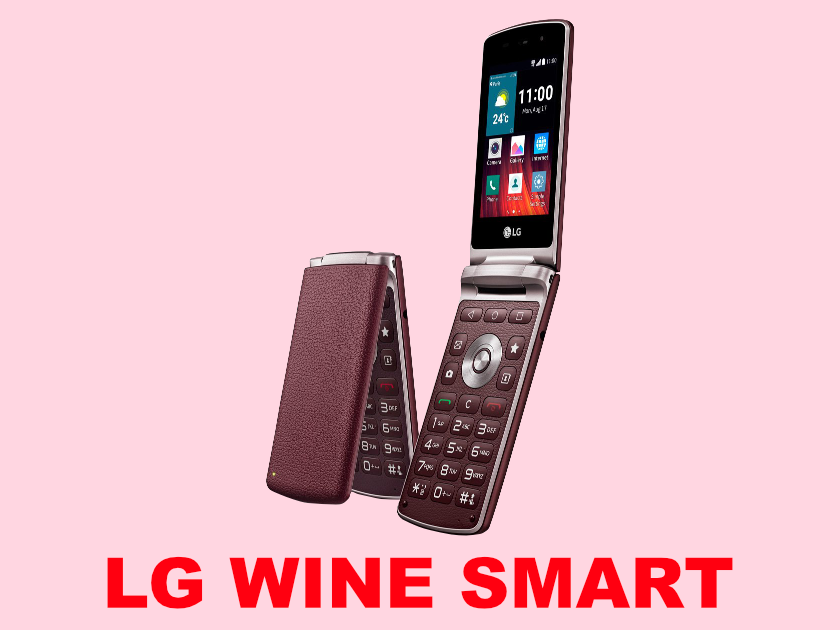 Moreover, in the same 2017, the W-series from Samsung appeared: the company began to produce clamshell phones with filling similar to the flagships of the current Galaxy S line. Everything ended in 2019, and this is not surprising, because the price of such devices exceeded the $ 2,000 mark. and they were replaced by the foldable Fold with a flexible display. 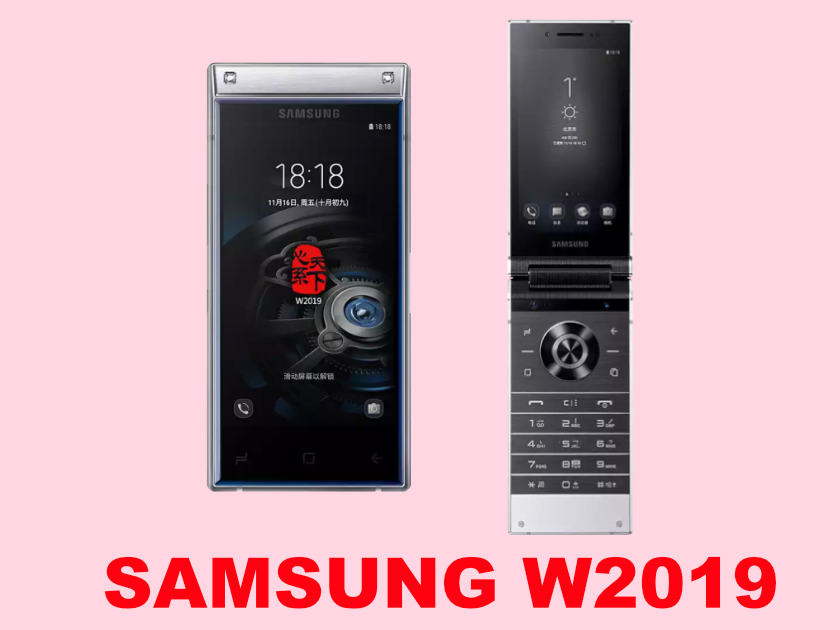 The evolutionary continuation of clamshell phones in the mass segment was the sliders, which were intended rather for business models and flagships. This form factor had obvious advantages (which made it one of the best-selling): the ability to open with one finger, small dimensions and access to most functions when closed (clamshells could not boast of such). But at the same time there were drawbacks: not the greatest reliability (due to the moving mechanism), the display’s insecurity from falling (clamshells have the main screen inside) and a reduced (not so comfortable) keyboard.

Over time, the slider form factor has taken root not only in simple smartphones like the Samsung D600, but also in business communicators like the Nokia E7 and even in the Sony Ericsson set-top box. 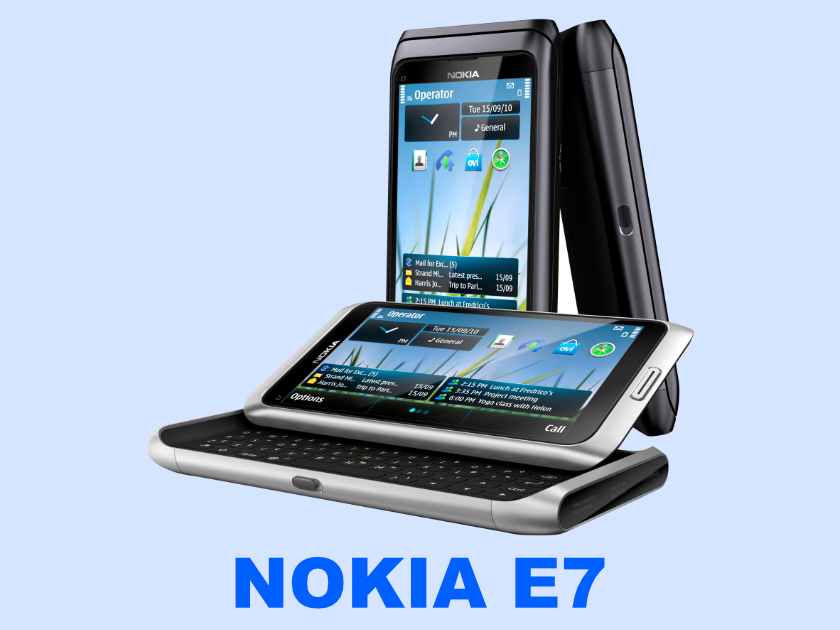 This format has survived to the present day – its last representative was, perhaps, the flagship smartphone BlackBerry Priv with a conventional 5.4-inch display (16: 9) and a full-format QWERTY keyboard. 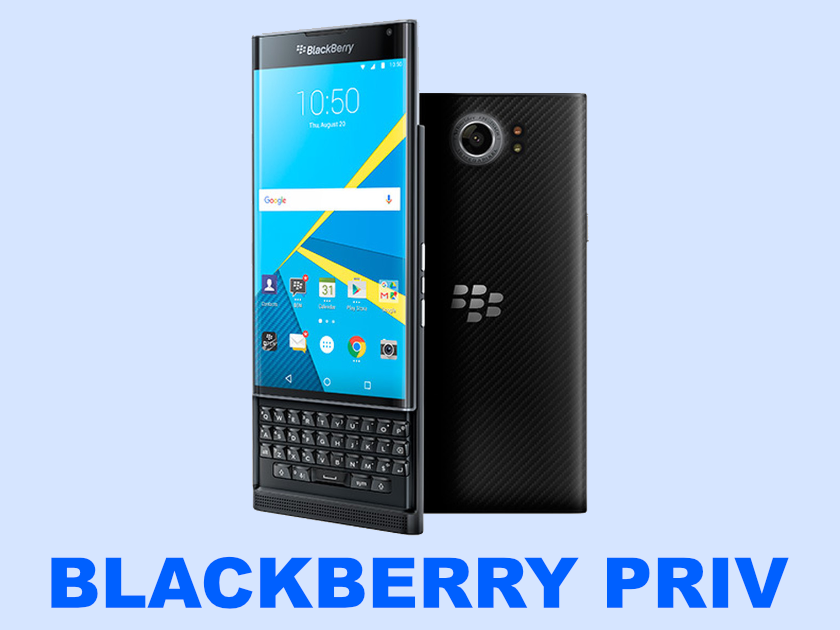 Between clamshells and sliders, manufacturers boldly experimented with rotary mechanisms – this did not last long, but history remained a trace, and not from one company. The idea of ​​the rotary models was similar to the slider (hide the keyboard in the closed position, leaving the display and function buttons accessible), but did not have a clear practical positioning. Almost all swivel smartphones had a futuristic design, but were not very convenient in everyday use. They were more likely to be released as premium models for the wow effect than in the form of mass (and therefore profitable) gadgets.

The Motorola Aura was perhaps the most unusual smartphone in this format. It’s not even the swivel mechanism, but the round display. Of course, a 1.55-inch screen comparable to modern smartwatches was not the best idea for constant use. 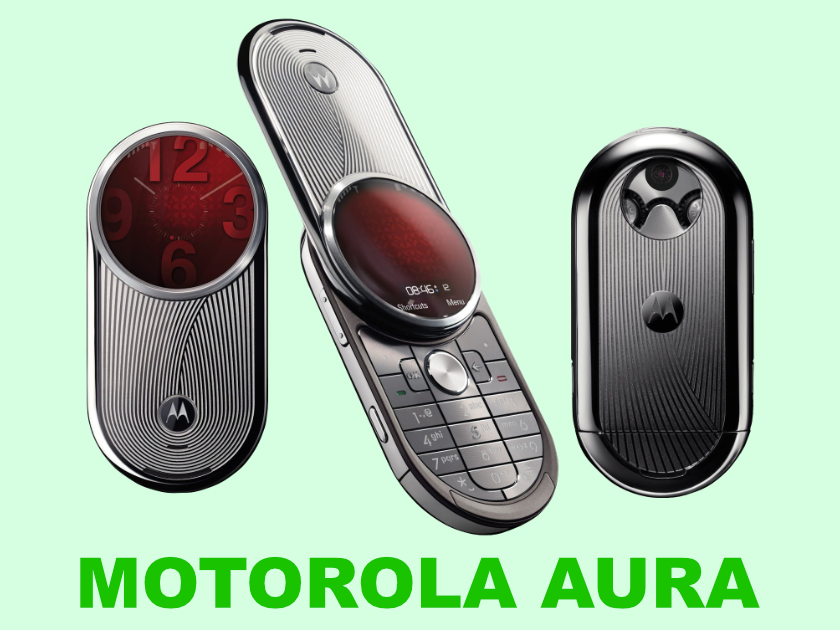 But Motorola didn’t stop that, and they released the square FlipOut, which when folded was a little more than half the height of the iPhone 4. 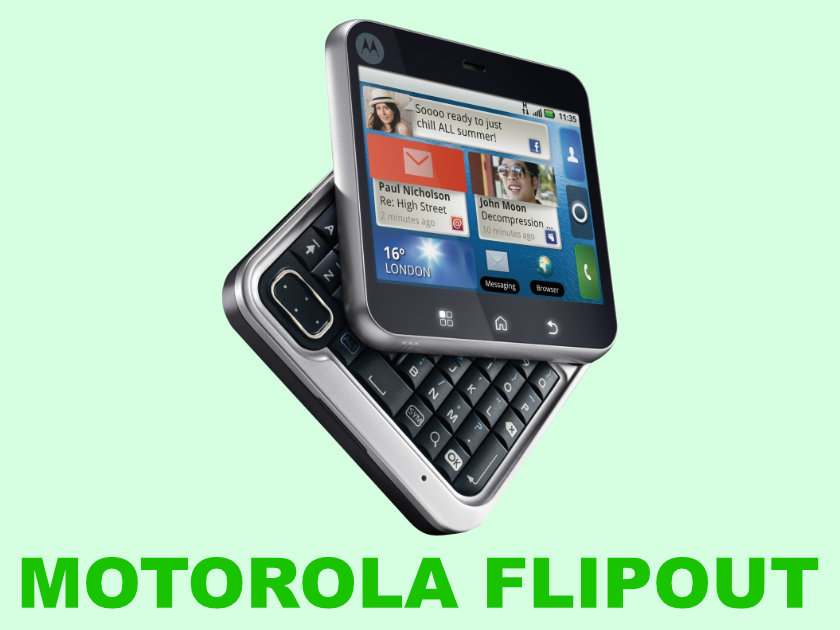 Unlike clamshells and sliders, the swivel form factor did not survive to the present day – this is not surprising, since all the disadvantages of the slider design were added to the even lower reliability of the mechanism and the inconvenience of constant use.

When it became obvious to everyone that the screen is the main part of a smartphone, manufacturers began to strive to make it as large as possible while maintaining the same dimensions of the device. The only way to do this is to abandon all other elements on the front panel, completely giving up the available space to the display. At first, manufacturers abandoned physical and touch buttons in favor of virtual ones, and then began to remove the front camera as well.

The selfie camera that comes out of the body has become a real trend, which was followed a few years ago by almost all Chinese manufacturers. The idea seemed ingenious: the camera appears only at the moment when it is needed, and the rest of the time it is stored in the case and does not take up space. However, either the mechanism turned out to be unreliable, or modern people often use a front-facing camera … Corporations ended up abandoning this idea almost as soon as they fired up it. 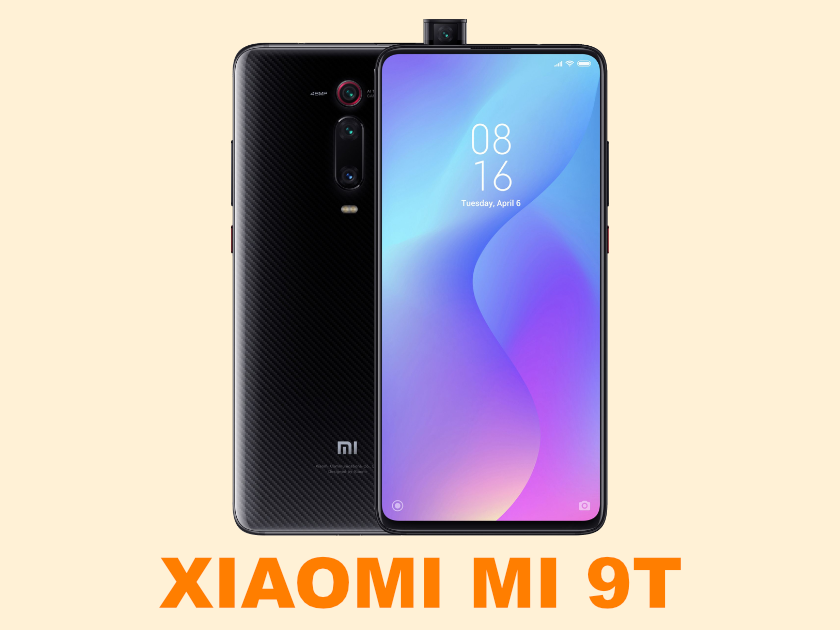 Separately, it is worth noting the implementation when the smartphone uses only one camera that flips to the front side if necessary – OPPO, ASUS and even Samsung have experimented with this. But this idea lasted even less in terms of mass popularity. 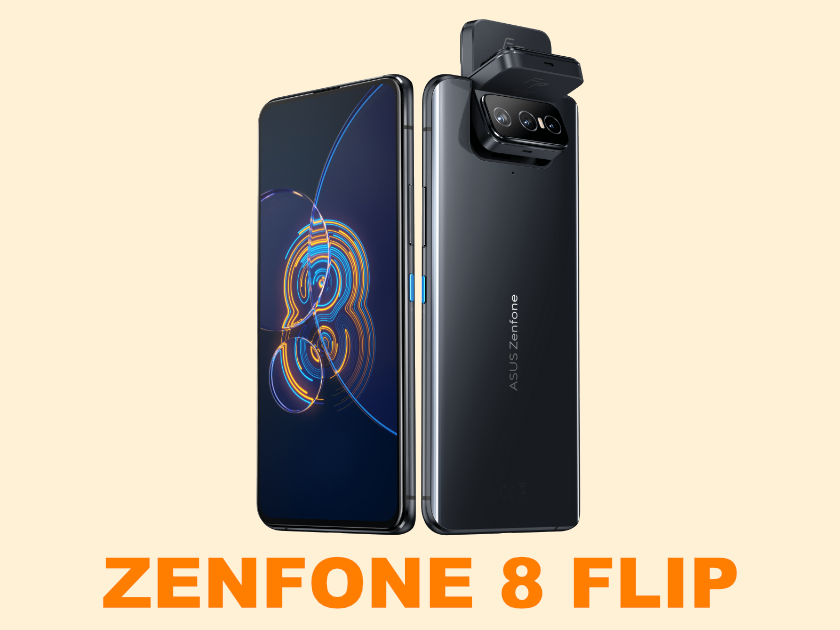 What will happen next

The answer is obvious – manufacturers are already experimenting with foldable devices equipped with flexible displays. True, now only Samsung is actively promoting such a format, releasing new improved models every year.

In theory, the idea of ​​using foldable smartphones is excellent, because if necessary, the usual mobile phone turns into a tablet. Although after several generations of development, such devices really became more convenient, in practice they still have several significant drawbacks: less reliability of the structure (moving parts are always more susceptible to breakage than static ones), an unnecessarily soft display (from the first days of use, traces of nails) and the inconvenience of using it closed (the external display is too narrow and long, which forces you to constantly open the smartphone to access the large tablet screen). 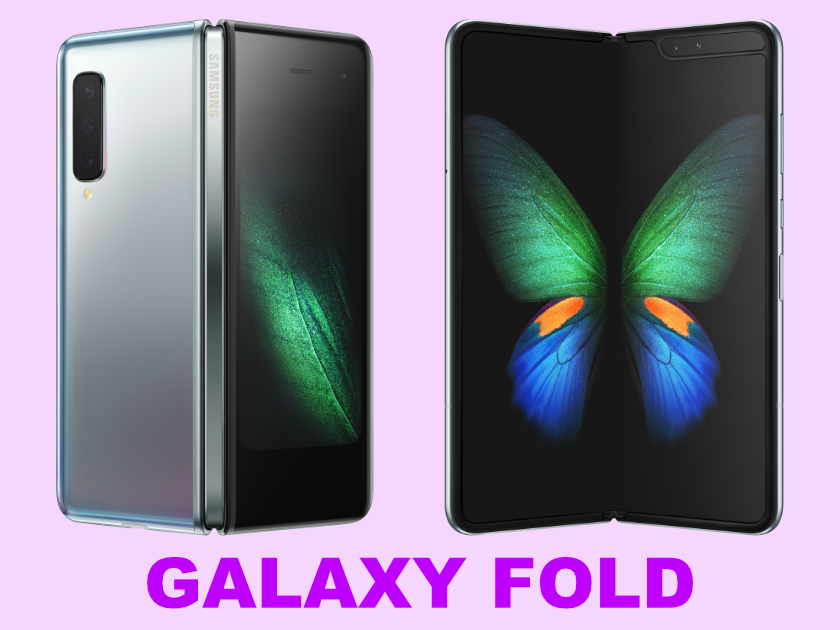 However, Samsung has successfully used a flexible display in the Galaxy Z Flip 3. However, judging by personal observations, it is more interesting as a premium model to attract attention than as a practical smartphone for every day. 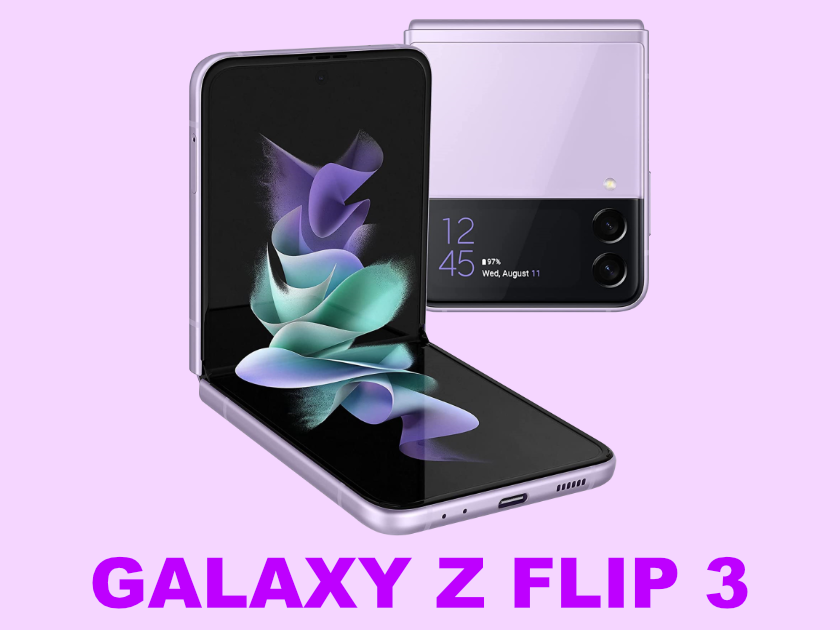 Whether foldable smartphones with flexible displays will become another temporary trend that will fade over time is an open question. It is likely that if manufacturers can develop a durable display that does not scratch from nails, then this format can take root and exist in parallel with conventional smartphones.