Humanity hopes for the Webb telescope – perhaps in vain. 8 problems he may face

The James Webb telescope has proven to be one of NASA’s most complex, expensive, and time-consuming projects. Initially, the infrared space observatory was going to be sent to the deployment point back in 2007, but this was eventually done only on December 25, 2021. However, the launch is only the beginning, so it is too early for scientists to relax. Placing a huge telescope in space also depends on the successful achievement of the checkpoint, as well as its further deployment. Moreover, questions can also arise during the operation of an extremely complex facility.

A visual comparison of the Hubble and James Webb mirrors

At the moment, the main space observatory of the Earth is the Hubble, which has been operating quite successfully for more than thirty years. Nevertheless, the experience of interacting with it is unlikely to help NASA employees close all the potential problems that may arise in the course of working with the James Webb telescope. There are several.

Questions during the deployment phase

An important issue is the amount of fuel that cannot be replenished.

Hubble is located at an altitude of about 600 kilometers from the Earth’s surface. The James Webb telescope has a completely different dislocation distance. It should be located at a distance of about 1.5 million kilometers from our planet – four times farther than the moon. It is on such a segment that the Lagrange point L2 is located, from which it is ideal to conduct space research, but remain in constant contact with scientists on the surface of the Earth. From our planet to the point of deployment, the carrier with the telescope had to move for 29 days – the further deployment took enough time. Until the work begins, it’s too early to talk about everything else. Moreover, the telescope needs to do this as efficiently as possible. 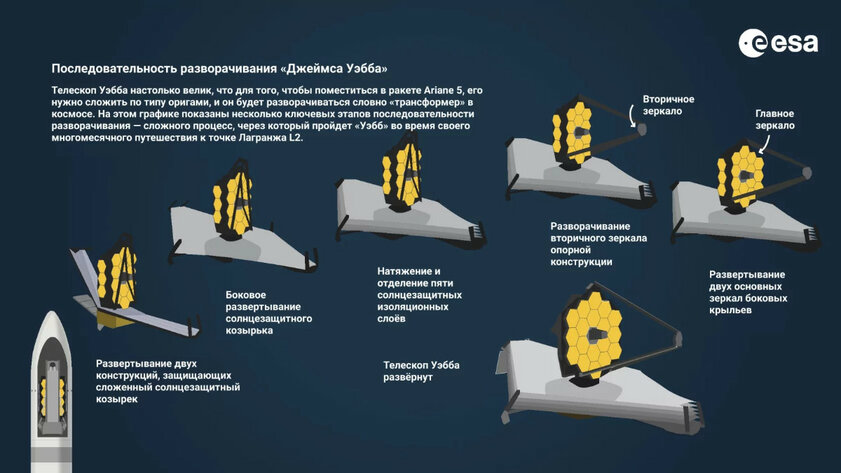 The issue of starting work is quite acute due to the limited amount of fuel that could be taken on board the James Webb telescope. NASA scientists involved in the project suggest three possible scenarios, depending on which the duration of the further use of the space observatory changes.

After reaching the dislocation point, the telescope should be deployed according to the origami principle. If this can be controlled correctly at an incredibly long distance, the launch can already be considered successful. At least if he has fuel left for further work. Otherwise, the telescope will turn into a pile of insanely expensive space junk.

The destructive effect of the sun

No one knows how critical it will be for the telescope

The James Webb telescope was designed to observe waves 10 to 15 times longer than those with which the Hubble interacts. In particular, it is for this purpose that the new space observatory is located at such a great distance from the Earth. To make this a reality, the engineers had to come up with solutions to a number of atypical problems that they had not yet encountered.

The last issue is especially critical. To deal with it, NASA has developed a 5-layer sunscreen that must always be between the object itself, as well as the Sun. Nothing like this has been done before. If all goes well, this will allow the James Webb Telescope to reveal the universe to humanity with greater accuracy than ever before. However, if the mechanism of counteraction, including solar radiation, does not cope with its task, the consequences can be as critical as possible. 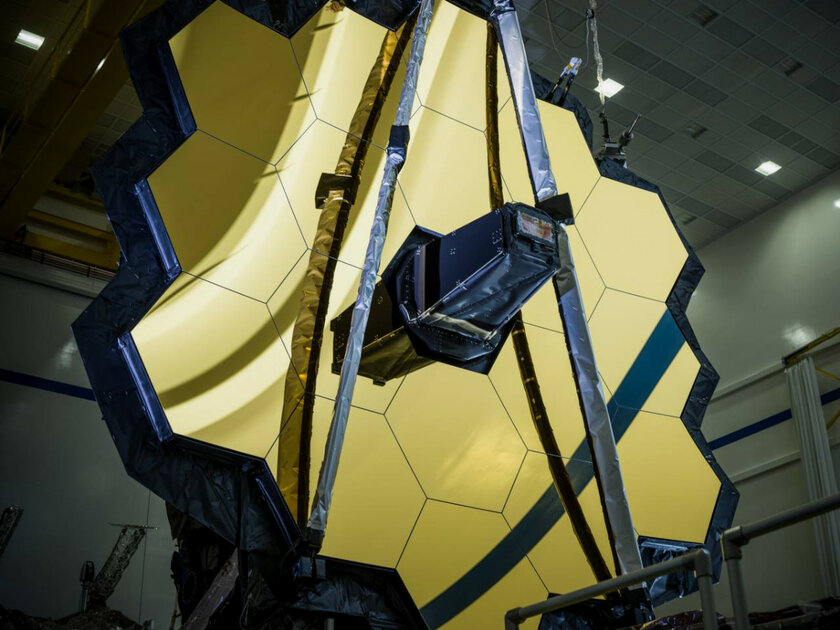 It can also result in a short lifespan

Hubble is in Earth orbit, the most accessible place for potential further upgrades. The device was developed with the expectation that it was very easy to change its modules. For more than 30 years of operation, NASA specialists have completed four missions to modernize the facility. Apparently, this is what allowed it to operate for so long. For example, when a defect in the optics was discovered, it was eliminated by simply replacing the module. And as part of the latest upgrade, a new set of gyroscopes and other high-precision instruments was added. 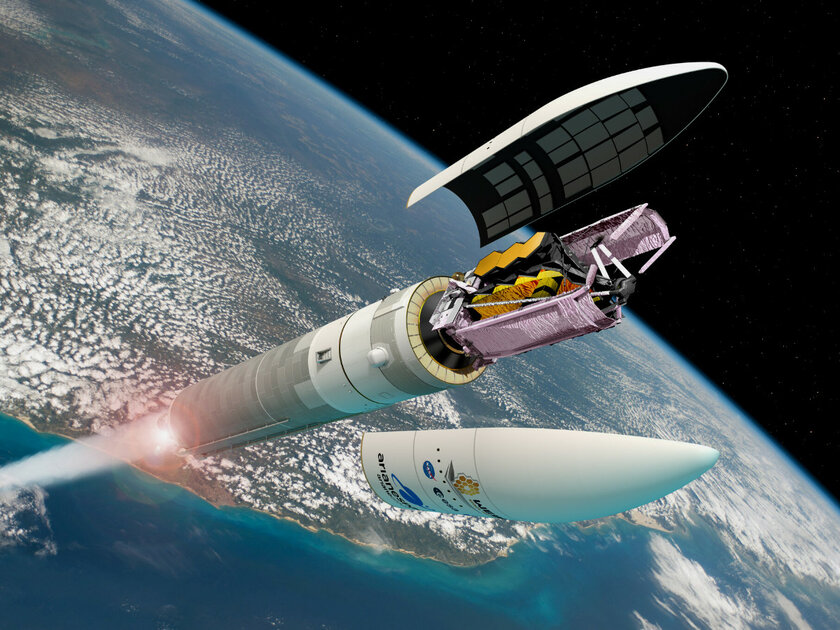 After the delivery of the telescope, for a very long time there will be no launches of devices that will be able to travel such a long distance.

Obviously, modernizing James Webb will not work just as easily. Moreover, aircraft that can reach this far are not planned until 2030, and the useful life of the telescope without additional fuel may not be extended for such a long period of time.

Telescope failure will be almost impossible to fix

Of course, 1.5 million kilometers from Earth calls into question not only the modernization of the new space observatory, but also its potential repair. Today it is difficult to say what exactly will have to be done if something breaks, but the experience of using Hubble proves that even NASA specialists can make miscalculations that turn James Webb at L2 into a very expensive but useless object.

Before the launch, the telescope was repeatedly sent for revision.

May 3, 2018 Greg Robinson, Project Manager for the James Webb Telescope, reported at NASA Headquarters that a few “extra” parts had fallen off during another test in Southern California. Technicians discovered them after the James Webb was moved from one acoustic test chamber to another in preparation for vibration tests. That is why the object must go for another revision, which will take an unknown amount of time. 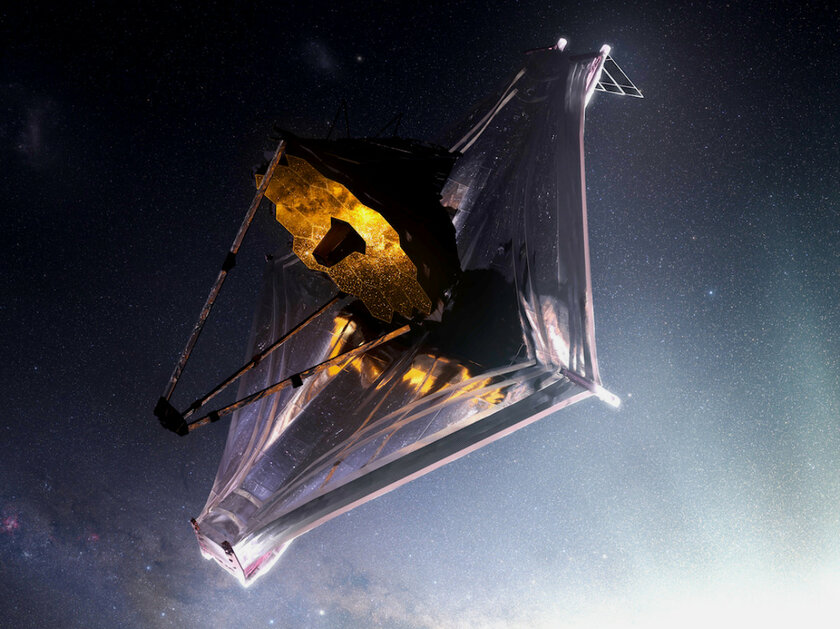 This is what the James Webb telescope should look like when it is in working order.

If you set a goal, you can find a lot of similar reports of design miscalculations while working on a space observatory. Robinson noted that the incident showed the importance of the wide range of tests that every space object undergoes before launch. However, you need to understand that it is far from a fact that before the launch of such a large-scale telescope, which was repeatedly postponed, all design miscalculations were eliminated. It is likely that some remained, and they will only show themselves during the operation of the space observatory – at least if it eventually starts at all.

End of the pandemic requires vaccination and control of variants, says epidemiologist

On guard of cleanliness: the DEEBOT N8 robot vacuum cleaner is given away at a…

May 16, 2022
French President Emmanuel Macron chose Labor Minister Elisabeth Borne as his new prime minister on Monday as he…
Prev Next 1 of 13,159
More Stories