Hungary: No other EU sanctions needed on Russia 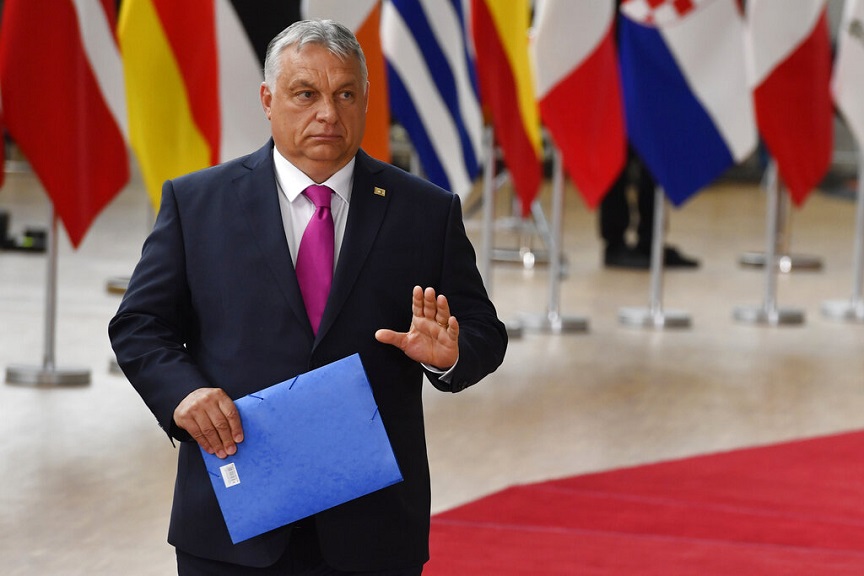 THE European Union should not proceed with further enforcement sanctions in Russia because of her military invasion of Ukraineinstead he should have pressed in order to declare a ceasefire and start negotiations, stressed an associate of Hungarian Prime Minister Victor Orban yesterday Thursday (23/6).

On the sidelines of the EU summit, which decided to grant Ukraine candidate status, the Hungarian official noted that the more sanctions are imposed, the more Europe itself suffers, while Russia endures.

“Ultimately, Europe will be among the losers of the war because of economic problems. “We would suggest that we stop the sanctions process,” said Balas Orban, who is not a relative of the Hungarian prime minister, in an interview with Reuters.

Hungary is one of the EU countries that has adopted a more conciliatory attitude towards Russia; it has a high degree of dependence on gas and oil exported by Moscow. Russia is also building a nuclear power plant in Hungary. Budapest did not give the green light to the sixth package of sanctions on Russia, which included the progressive embargo on Russian oil, until it secured its exclusion from the negotiations.

“Right now, what we are experiencing is that the more sanctions we agree on, the worse our situation becomes. And the Russians? Yes, they are affected, but they will live. “And worse, they are moving to Ukraine,” said Balas Orban.

Since the start of the Russian invasion of Ukraine on February 24, the 27 have agreed on six packages (“bundles”) of sanctions, including a freeze on reimgs and a ban on entry of Russian oligarchs and officials, restrictions on exports, freezing , the disconnection of Russian banks from the SWIFT interbank communication system and a progressive embargo on Russian oil and coal.

However, some European officials point out that the Russian oligarchs will make ends meet without their yachts or holiday homes in Europe, they have already transferred liquid reimgs out of European jurisdiction, and export restrictions may be bypassed by China or others.

The freezing of the Russian central bank’s foreign exchange reserves is becoming less painful thanks to the billions of dollars that Russia receives for the oil and gas that it continues to deliver to Europe, they explain. When the EU stops buying oil in 2023, Russia will be able to sell it and transport it by tanker to China or India, they added.

Others argue that sanctions have an effect, but it will take time to see their full impact on the Russian economy.

Mr Orban, however, believes the EU needs to change its tactics.

“We have reached the point where we realize that we have been implementing this strategy for four months, we have had some achievements, but if things continue like this, if we think about it logically we will see that we will have a bad outcome for Europe. So we have to look at other ways. Negotiations, ceasefire, peace. Diplomacy. “This is the solution we are proposing,” he said.

The polka dot? It is a real question

Jul 4, 2022
A young man armed with a rifle killed three people and wounded several others in a shopping…
Prev Next 1 of 15,504
More Stories