I didn’t have a cell phone until I was 15. How We Survived Without Cellular Communication

If my memory does not fail, I got my first mobile phone in about 8th grade – in 2003. It turned out to be Nokia 3510i with a color screen, which received a resolution of 96 × 65 pixels. Of course, it didn’t even talk about any quality of the image. But all my peers had only black and white pipes, so I managed to attract attention and even get new “friends”. However, I remember very well not only my first such gadget, but also the time before it. Today it is difficult to imagine it, but I managed to survive without a mobile phone for almost 15 years. Actually, this material is dedicated to the memories of life before cellular communication.

We had electronic notebooks for recording numbers

For some reason, the first thing that I myself remember very well about life without mobile phones is electronic notebooks, which were actively used by all potential technologists. They were something like an engineering calculator with a full physical keyboard, a small black and white screen for displaying text, and limited to a few tens of kilobytes of storage space. Here it was possible to write down phone numbers, as well as any other information. I confess that at school I made history cribs more than once in an electronic notebook – the teacher was repeatedly surprised why I “clicked the calculator” during the test.

It was necessary to arrange any meetings in advance.

I remember very well how, already in my student years, I first left the house for the evening promenade, and only then called my friends-comrades, clarified their location and offered to join forces in a joint pastime. At a time when cellular communication had not yet become such a large part of our life, we had to agree on any upcoming meetings in advance. We assigned the initial location for the walk, as well as the time. It was impossible to report any delays on the way, so it was very desirable to get out in advance and get there more or less on time or even earlier. Otherwise, the company could simply not wait for you.

Payphones were actively used for calls from the street

My childhood was spent in Ukraine. At that time, on the territory of the country, calls on the street were provided by the largest and only state-owned fixed-line telephone operator. He installed special payphones, for which it was possible to use special cards. They were identical in size to the bank ones and contained a special chip that recorded the remaining minutes for calls within the city and beyond. The card itself was also not free, and calls (including city calls) were not so cheap. That is why not everyone had even such a primitive tool for conditionally mobile communication. By the way, I did not find pay phones that accepted coins in my childhood. 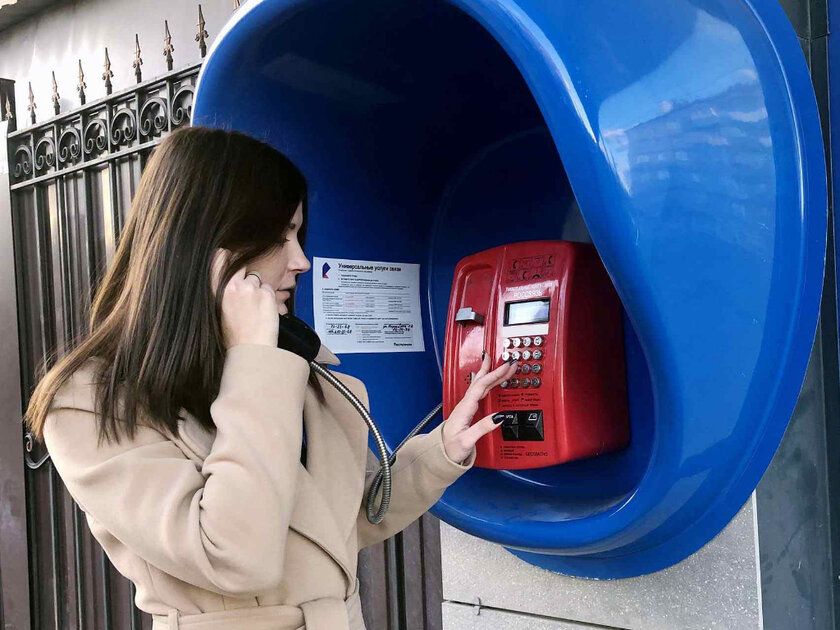 We used to have similar payphones at every corner | ProTarif

We’ve all been on our home phones for a very, very long time.

Today, young people spend a lot of time on Instagram, TikTok and other social networks, as well as on Telegram and other messengers. In my youth, there was simply nothing like that – especially in the days before mobile communications. However, remote communication was also enough for us. I remember very well how we occupied our home phone for a very long time in order to communicate with school friends, as well as with the opposite sex. I have repeatedly heard from my parents that they are waiting for an important call, so I need to release the phone as soon as possible. Moreover, many were shocked when they received bills to pay for voice communications – especially in the summer, when friends were leaving for their grandmothers in different cities.

A tablet with an integrated stand pen – ingenious.…

There are more than 70 of them … Selected 7 films…

It was considered cool to have a portable home phone

The most technically advanced peers were those who had portable home telephones. It was especially cool to live on one of the lower floors and go out into the courtyard with one – there was a chance that he would pick up the base signal even here. We also had a portable handset that was complemented by a full base with a wired option. There were a lot of home calls. He almost always kept a cordless telephone with him, because he could communicate on it for hours. Today it is very surprising for me, because now I am extremely skeptical about voice calls, preferring to them professional and personal correspondence via instant messengers. But it was different before. 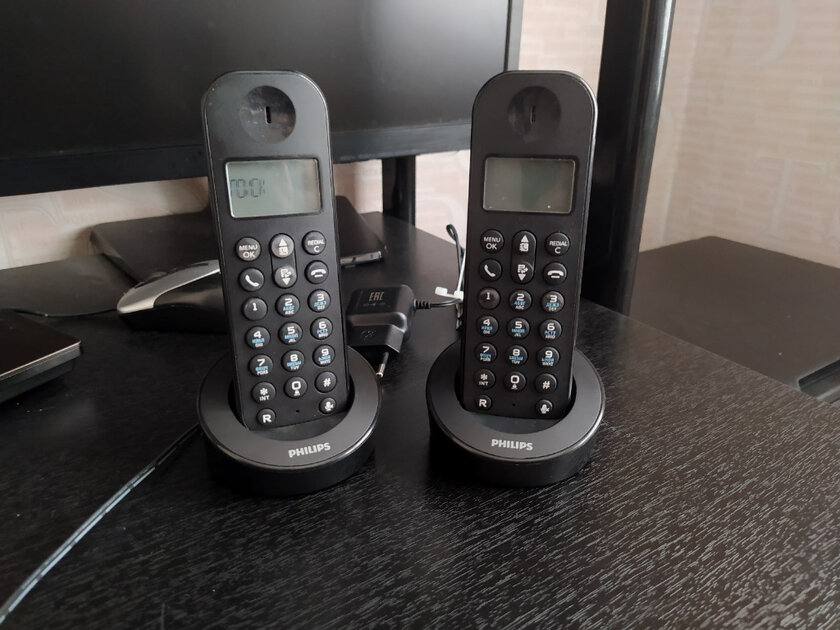 Once upon a time, such phones were even boasted | AU

There was even communication between handsets.

Some portable landline phones – especially premium models – came with Walkie Talkie. She actually turned a cordless handset into a walkie-talkie with which it was possible to connect to a similar device and communicate at a distance without communication with the base station. My device did not have this opportunity, but my peers brought devices to school with the support of a feature that made it possible to talk on the phone in the classroom between classes. I remember very well how many times I received reprimands from teachers, as well as higher-ranking representatives of the school administrative staff, for such misconduct.

Correspondence had to be carried out only with the help of a computer.

Today we spend a lot of time in correspondence. I myself prefer to solve professional and any other issues with the help of text messages. Information from them is de facto saved on all devices at once, and it can be very conveniently used after the fact – exactly when it is needed. Before the ubiquitous availability of cellular, text messaging was much more complicated. They were only in “vintage” messengers (like ICQ) on the computer and were very rarely urgent. To start a correspondence, usually it was necessary to first search for a person using a landline phone and negotiate about it. 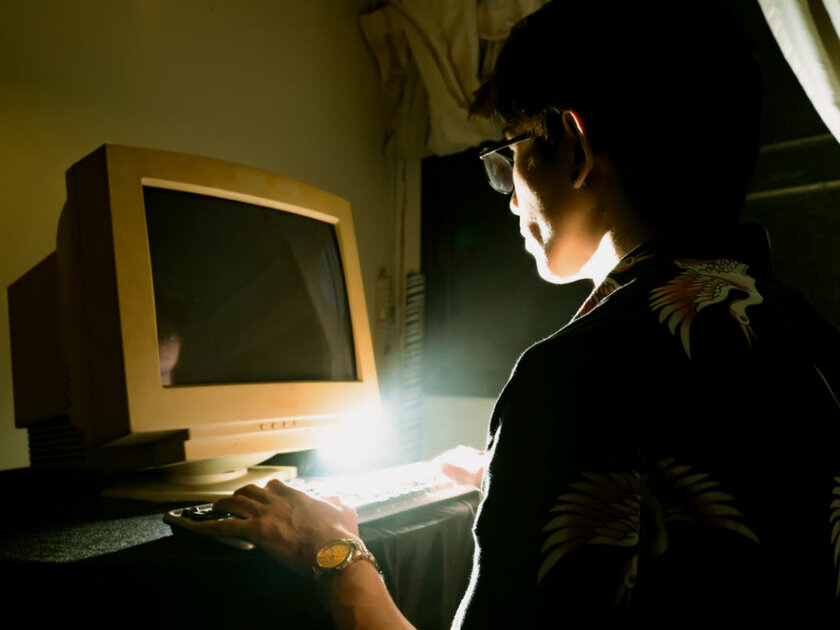 Our parents had much less control over our location.

Finally, it’s also important to note that in the pre-cellular era, parents seemed to me to have much less control over their children. It is difficult to say that it was quieter on the street then, so this moment is quite surprising. However, it is important to understand that then there were practically no tools for control. Today, a child can put on a children’s smart watch with GPS and use them to follow it on the maps. Previously, there was not even talk of anything like that. If the younger generation gathered at someone’s home, it was possible to use a landline telephone. Any other location was open to question. For example, my parents asked me to call home on a payphone at least once every couple of hours. But, to be honest, he himself often forgot about these requests.

Filippo Scotti, “It was Paolo’s hand”

Clarence Nov 27, 2021 0
The singer Adele made another hit chart return with records. Their latest album, “30”, claimed the title of…

Nov 27, 2021
In front of an incredible image were the customs officials at Shanghai Pudong Airport, as they discovered 7.6 tons…
Prev Next 1 of 6,305
More Stories

In two years, Intel will have processors with over 128…