It is commonplace that the market has been operating under abnormal conditions for the last two years. The duration of the Covid-19 pandemic, as well as the recent extremely strong energy price hikes, have added new barriers at a time when retailers traditionally make much of their annual turnover.

Therefore, the restoration of normalcy will be postponed as long as the Covid-19 pandemic remains dangerous and the restrictions are maintained. At the same time, it should not be forgotten that the business losses of 2020 and 2021 have already been incorporated in the assets of each business, a development that means that the business world will need time not only until it returns to normalcy but even after it.

To read the results of the survey, it should be taken into account that last year the stores operated under restrictions (operation with click away from 13/12 to 31/12), while after the New Year, the operation of the physical stores was substantially suspended until 18 / 01. But this year too, the visits to the stores were made after the demonstration of a relevant certificate (vaccination / disease / rapid test), a practice that burdened the companies and did not work favorably for the consumer public. In any case, the comparison with last year should take into account exactly the strong pressures that the market had received (base effect phenomenon).

The first question was about the degree of satisfaction with the Christmas turnover. For 43% of businesses the traffic during the 2021 holiday season was moderate. On the contrary, four out of ten entrepreneurs (43%) said they were a little or not at all satisfied. Only one in seven companies appear very, very satisfied with its performance during the festive season. 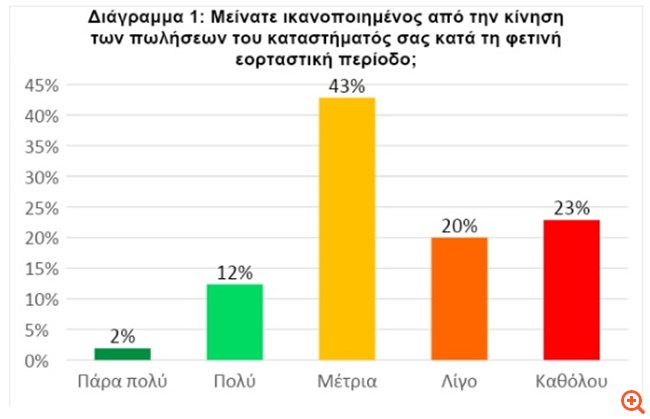 INEMY-ESEE compared the same period with the corresponding one of 2020 and that of 2019, ie before the appearance of the pandemic. Thus, the picture for the market movement in relation to 2020 was mixed, as 33% of companies recorded a decrease in sales, while 36% recorded an increase and 31% remained at the same levels. In contrast to 2019, the turnover fell for 68% of companies. 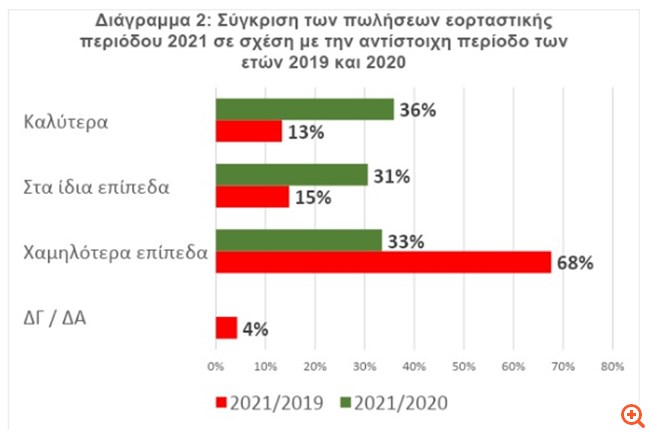 However, the research shows that companies that had the ability to sell outside physical stores (phone orders, sales through social networks, site, e-shop) showed significantly better performance than those that did not. It should be noted that 32% of them were able to make sales outside of physical stores during the pandemic. 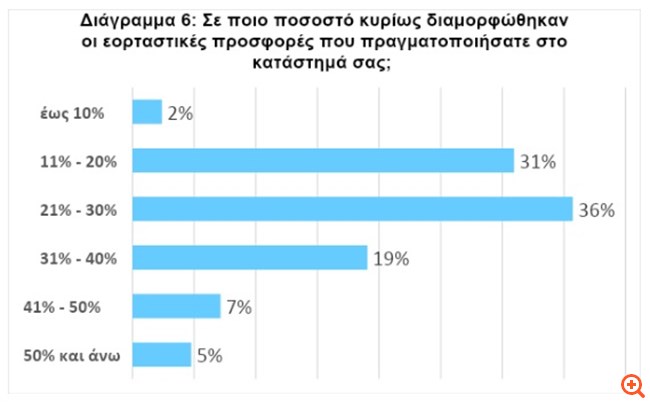 The amount of offers moved to quite high levels, as two in three companies adopted discounts from 10% to 30%.

Despite the unfavorable business environment, 77% of companies met their obligations to the State (Financial Tax Office and Insurance Funds), a development that may be due to the relevant support framework. 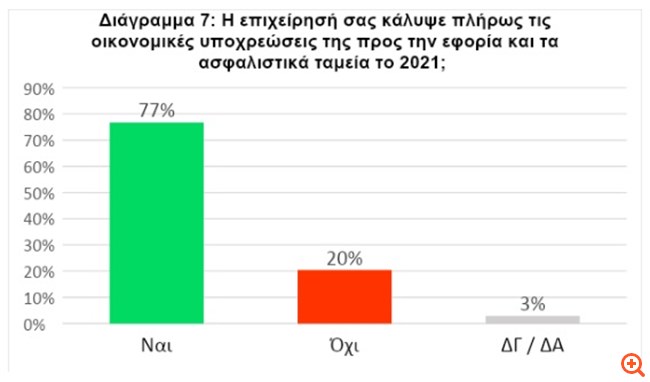 In addition, differences are observed based on the geographical area of ​​activity of the company. The companies operating in the Aegean islands and in Crete presented better performance, compared to those of Northern Greece. This element can be explained by the stimulus of incomes due to the positive tourist season but also by the relatively high vaccination rates that facilitated the visits to the market.

The particularly high increase in energy costs has a negative impact on the operation of commercial enterprises as six out of ten said that the negative impact is assessed from very to very strong.

At the sub-sectoral level, food seems to have a higher burden due to the nature of their operation as they rely on the more systematic use of high-energy appliances (eg refrigerators). On the contrary, almost half of the footwear companies estimate that they will be affected, albeit to a moderate degree.

Despite the cumulative pressures from retailers, more than half will exhaust all price uptake by themselves. However, those sub-sectors that are most strongly affected, directly or indirectly (eg due to transport costs), are less likely to absorb price increases (such as the food, household equipment) sectors. 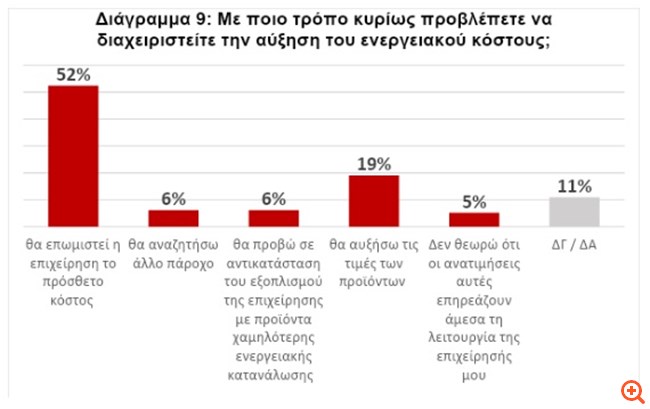 The market climate remains uncertain and full of challenges, as the first days of this winter discount season are already sluggish. In particular, almost four out of ten entrepreneurs predict that their turnover during this discount period will move to lower levels and only one in ten believe that it will move upwards.

Landslide in Ouro Preto, 549 municipalities in emergency due to rains and more than 13 January

Gasoline would have to rise another 6% and diesel 7% at external parity, says association

‘No’ of institutions in transitional protection of a ‘residence

Difficult times for queens: Elizabeth’s 70 years on the throne and the…

Derek Black Jan 26, 2022 0
THE Queen Elizabeth This year marks 70 years on the throne and the celebrations will mark an unpleasant reality…

Jan 25, 2022
Corset-type blouses are here to stay, although not all girls dare to use them, since they believe that they are…
Prev Next 1 of 8,021
More Stories

Economist predicts the disappearance of cryptocurrencies

White House may introduce crypto regulations as early as…