Significant changes in consumer habits and transactional behavior are recorded in the annual survey of Intrum, European Payment Report for 2021.

The price hikes seem to have overcome the effects of the pandemic with concern, with Greeks appearing at the top of the rankings with consumers believing that accuracy will have a major negative impact on their finances. 86% of Greeks express this concern, with Latvians in second place and the European average at 69%.

However, the ability of Greeks to save was strengthened in 2021, although 73% do not state that they are not satisfied with the amount they manage to put aside. However, those who do not make ends meet fell marginally, as from 37% who stated in 2020 that they borrow to pay the obligations of the month fell to 36%. Moreover, the percentage that had declared in 2020 that it had left an unpaid bill (55%), decreased to 51%.

In general, for their financial situation, 47% in Greece stated that they are worse than before the pandemic, 45% the same, while 8% reported improvement. When asked when the consequences of the crisis will be overcome, 46% said it could take up to two years.

Impressive is the data that shows that almost 7 out of 10 Greeks have now decided to live simpler and therefore spend less, which is confirmed by consumption and deposit indicators. Also interesting is the fact that Greek consumers are at the top of the list of those who punish companies and do not prefer them in their markets if they learn that the rules of transparency and sustainability are not followed (culture, rights, social footprint, environment, etc.). 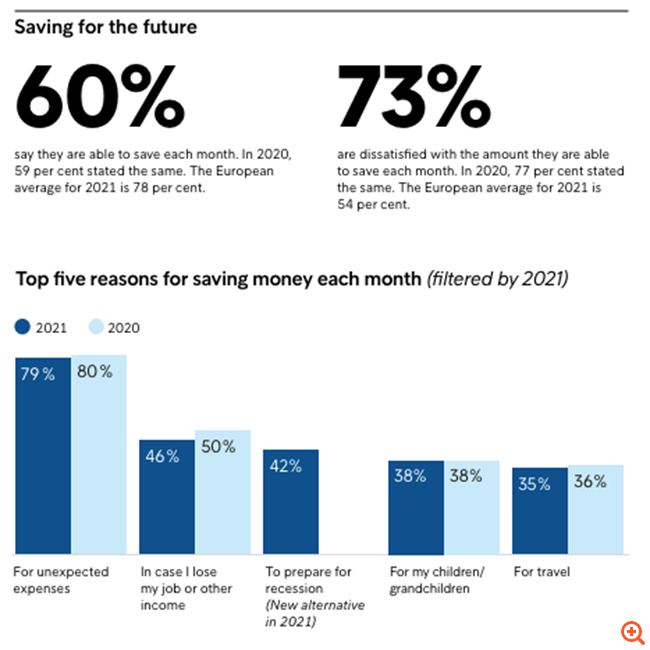 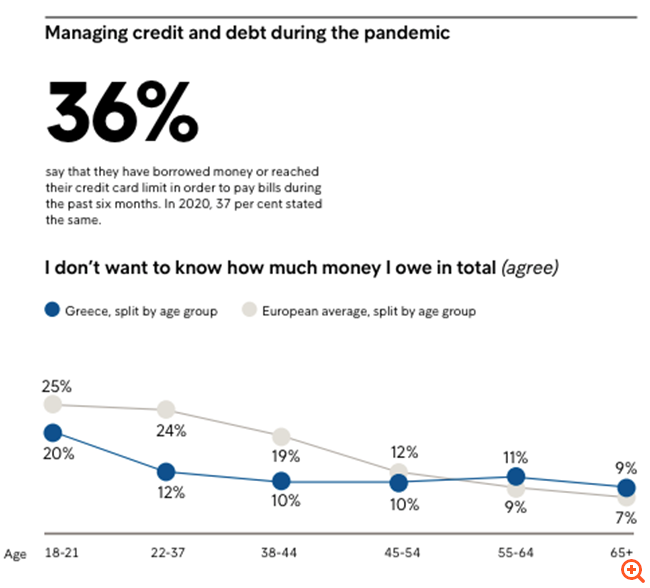 The HRADF fillets that are being used

How 80,000 unemployed will be included in training programs – The whole process

Reservations in tourism are on fire, revenues are rising

Waack: Food crisis forces us to look at the military situation in Ukraine

Jane Harper May 21, 2022 0
The United Nations (UN) has raised a dramatic alarm about what is called the biggest food crisis – therefore,…

Russia has cut off gas supplies to Finland

May 21, 2022
The key to the complete independence of Southeastern Europe from Russian gas are the new gas…

May 21, 2022
Ukrainian President Volodymyr Zelensky proposed on Friday that an international agreement be…

Awe for the total lunar eclipse, mourning for a heinous crime and the…

The creator of Dogecoin called the crypto market a mixture…

BoG study: Which deposits per step increased during the…

The lawyer criticized the bill on NFT-tokens in the Russian…