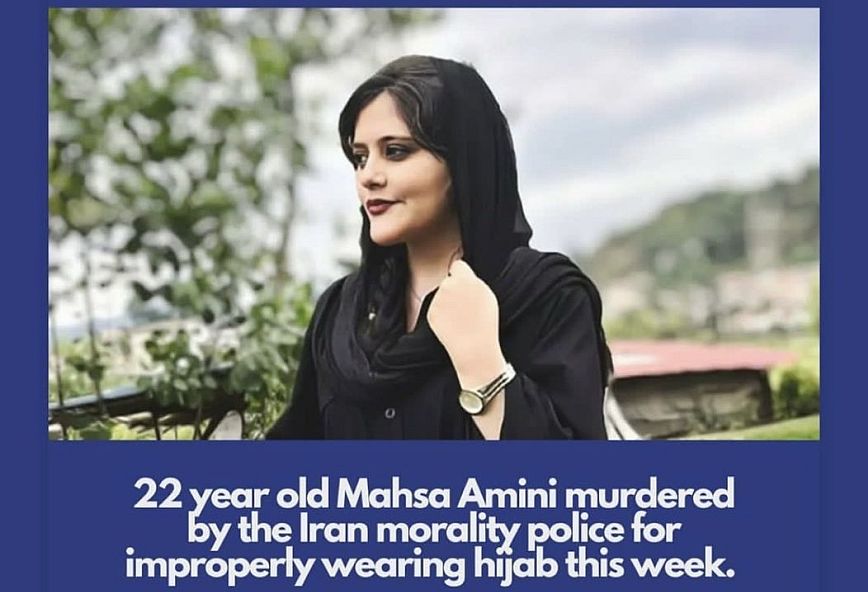 Protests erupted in western Iran today, with security forces using tear gas to disperse protesters at the funeral of a young woman who died after being arrested by morality police enforcing strict hijab rules.

Videos posted on social media show protesters chanting anti-government slogans after they have gathered in Sakez, the town of Makhsa Amini, from neighboring towns in Iran’s Kurdistan province to mourn the 22-year-old who she breathed her last yesterday, Friday, in a Tehran hospital.

“Death to the dictator,” a reference to Supreme Leader Ayatollah Ali Khamenei, some protesters chanted as police fired tear gas. At least one man appears to have suffered a head injury in a video, in which someone is heard saying the injury was caused by shrapnel. Reuters was unable to confirm the authenticity of the videos.

In recent months, rights activists have called on women to remove their veils in public, a gesture that would put them at risk of arrest for violating the Islamic dress code, as the country’s hardline leaders crack down on “immoral behaviour”. .

Videos posted on social media show instances of brutal repression by morality police units against women who have removed their hijab.

Authorities have launched an investigation into Amini’s death, but a coroner said today that the results of forensic tests could take three weeks, state media reported.

Police said Amini fell ill while waiting with other women, who had been detained at a morality police station, and rejected accusations on social media that she may have been beaten. Police have released CCTV footage which appears to support their version of events. Reuters was unable to confirm the authenticity of the video, which appears to have been edited.

Police had earlier said Amini suffered a heart attack after being taken to the department for “training”. Her relatives deny that she had any heart problems.

Prominent figures in sports and the arts posted critical comments on social media about Amini’s death, and protests took place in Tehran yesterday, Friday, with a heavy presence of special police riot squads.

As they have done in previous protests, authorities appear to have restricted access to mobile internet in Saqez and neighboring areas, according to social media posts.