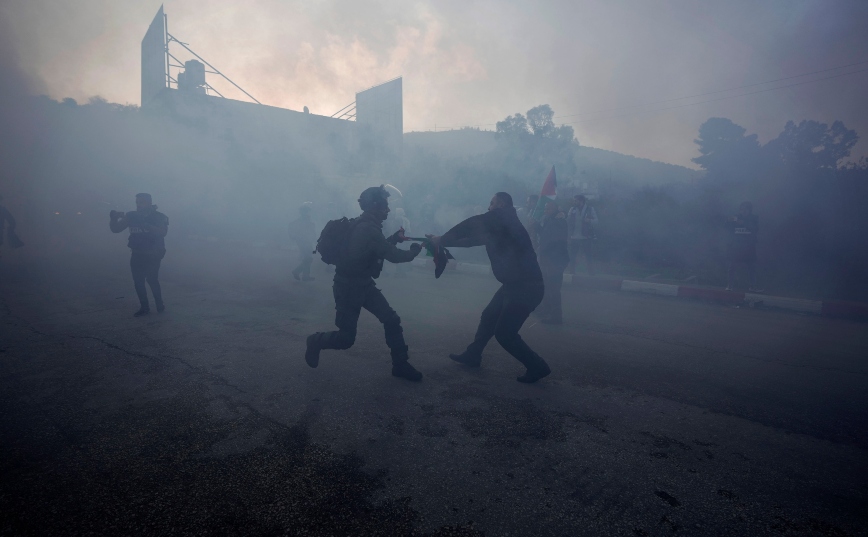 Israeli soldiers killed a young man Palestinian in the early hours of Thursday morning, in a battle in the occupied city of Nablus West Bank, according to Palestinian medical imgs. At least another 30 Palestinians were wounded, four by bulletsthree of whom are hospitalized in critical condition, the Palestinian Red Crescent reported.

Eyewitnesses said, according to APE-MBE, that clashes broke out when an Israeli army force arrived to protect Jewish pilgrims visiting Joseph’s Tomb, a hotbed of tensions in the area.

The Israeli General Staff limited itself to telling Reuters that it was still gathering information about the incident. According to Israeli media, armed Palestinians engaged in exchanges of fire with Israeli military personnel around the site. No casualties were reported on the Israeli side.

Last week, three Palestinians were killed in an exchange of fire with Israeli soldiers in Nablus.

Last week, the Israeli military launched a “preemptive operation” against the Palestinian Islamic Jihad, an armed Islamist group, in the Gaza Strip. The group retaliated by firing about 1,000 rockets at Israel.

At least 49 Palestinians, Palestinian Islamic Jihad fighters, civilians and many children were killed last weekend in this escalation, which however ended on Sunday, August 7, with a ceasefire agreement brokered by Egypt.

The Israeli armed forces have been conducting almost daily raids in the West Bank in recent months, following a series of Palestinian attacks from the occupied territories in Israel that have killed 19 since the spring.

- Advertisement -
Share
Facebook
Twitter
Pinterest
WhatsApp
Previous articleAnn Heck: This is her cause of death – What the coroner’s report showed
Next articleWar in Ukraine: Country should be ‘ready for anything’ over Zaporizhia nuclear power plant

B. Kikilias: The statement of Metropolitan Dodoni is a shame for all of us and for the Church

Forex Today: The dollar consolidates its gains, focus on the employment report for August from the US.