At some time in our lives we have all seen the odd hair on the pillow, the shower or on the floor and it is normal, but when that loss is abundant, it could be alopecia. Although it is very common to suffer from it, not everyone talks about it, as it is still a condition that causes many insecurities.

However, there are always people who face it with humor and courage, such as the actress Jada Pinkett Smith, who through a video on Instagram spoke about her alopecia problem and the process of completely shaving her head.

Days before the end of 2021, the actress from The Matrix Resurrections He uploaded a video on his Instagram account in which he shows his completely shaved head and decided to talk about it so that they would not ask him questions about it.

Mom is going to shave her entire hair down to reveal her scalp so no one will think she’s had brain surgery or something. This alopecia and I are going to be friends … period!

Jada Pinkett has always been known for showing off looks in short hair, although very few knew why. In 2018, the actress publicly revealed on her show Red Table Talk on Facebook that he suffered from an autoimmune disease that caused alopecia.

It is not easy to cope. It was awful when it started, I was in the bathroom one day, and suddenly I had strands of hair in my hands.

During the process, Jada has always had the support of her husband Will Smith and her children Jaden and Willow, the latter being the one who motivated her to let her hair go, because six months ago she decided to shave and give her mother the boost she needed to do it. 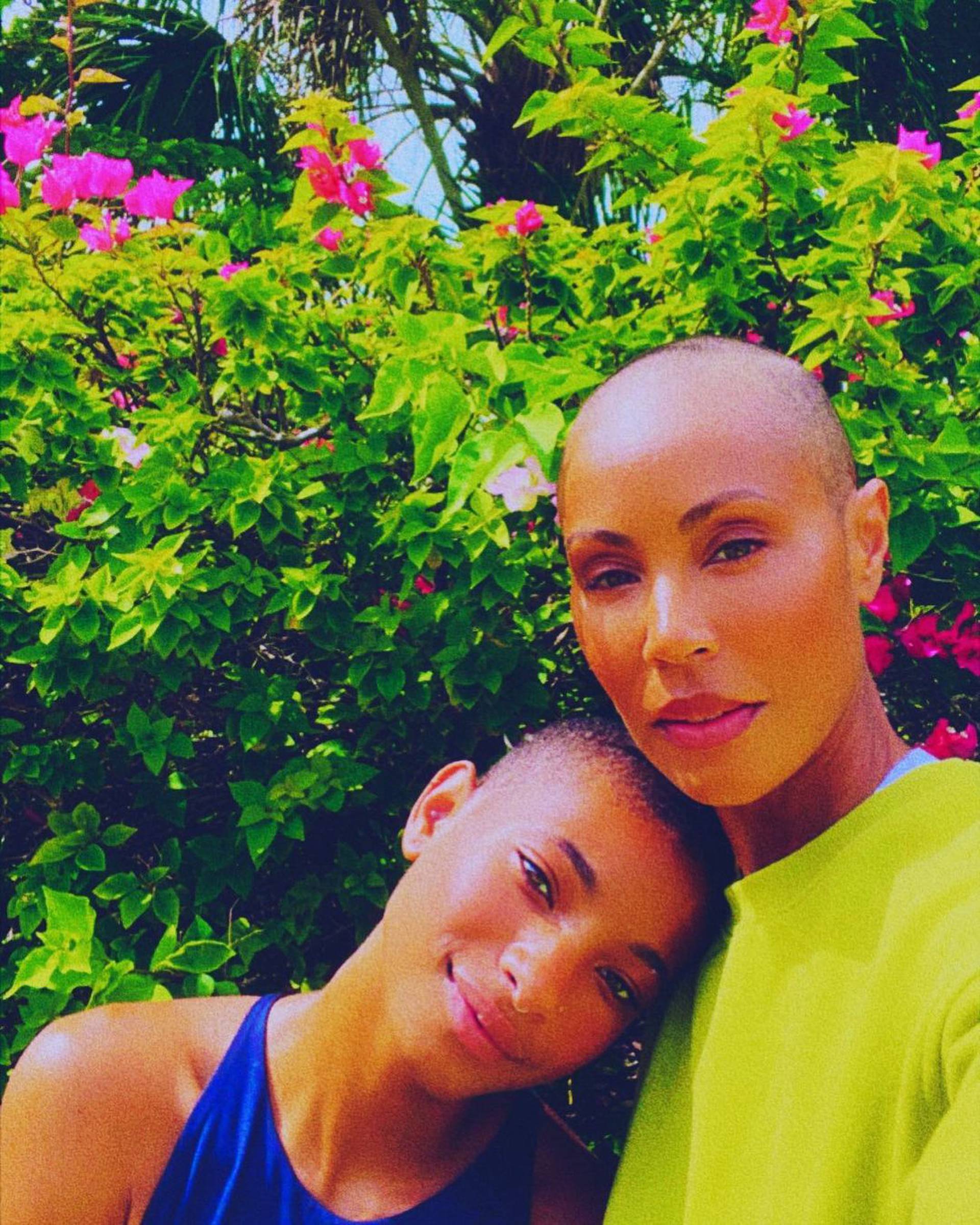 Willow made me do it because it was time to let it go, BUT… my 50’s are about to be divinely enlightened.

In the video posted on her Instagram, Jada runs her hand over her head and shows a white line across the front of her head where she has no hair and is similar to a scar. And between laughs he expressed:

Now, at this point, I can only laugh. I’ve been battling alopecia and suddenly one day, check out this line here. Look at that, it appeared like this and this is going to be a little more difficult to hide; so I thought I’d share it so they don’t ask me questions. 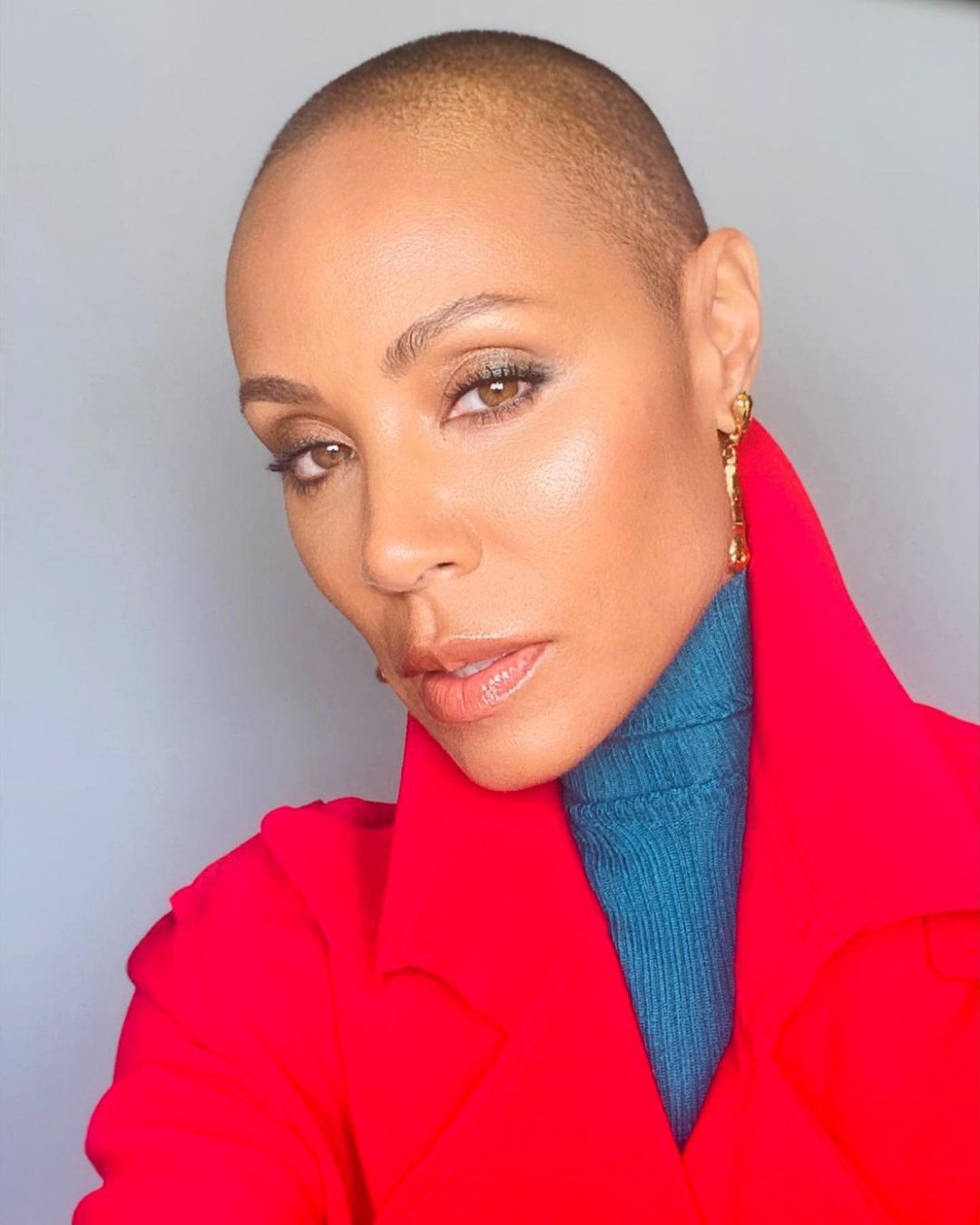 After showing the line on her head, Jada humorously recounted that she will wear a diamond crown to cover it.

Through your program Red Table Talk, The actress shares different situations in her life with her followers. In fact, before Christmas and in the middle of his digestive system awareness crusade, he recorded his first colonoscopy. 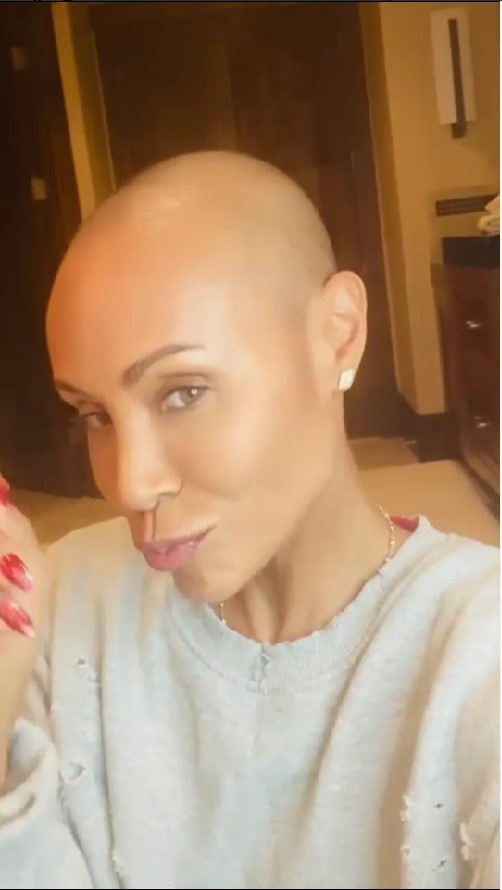 I was scared, but at the same time I wanted people to know that it is a very simple process. I feel good and I feel especially good because I am the one who undergoes the process and not the other way around.

Jada looks spectacular and is an example of security for all those women who suffer from the same condition, motivating them to show their natural beauty.