Joe Biden: Warns of the risk of chaos in the US 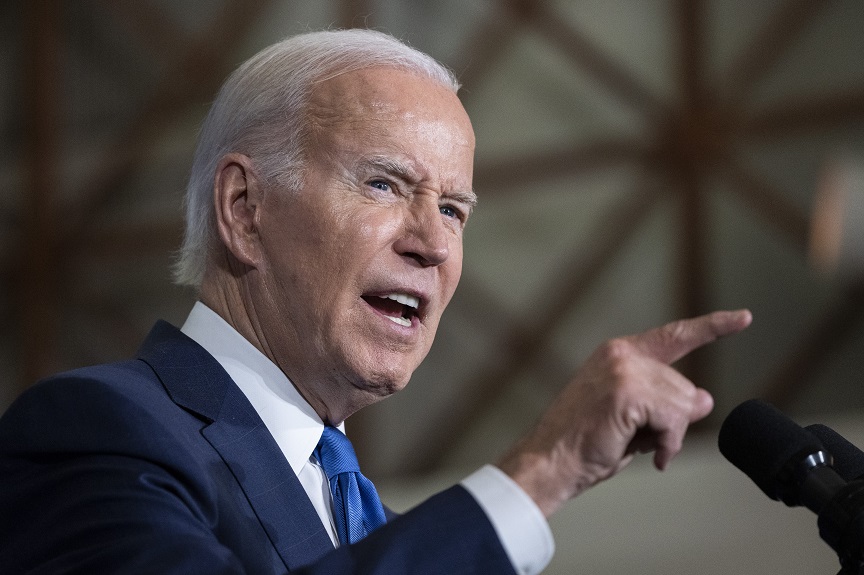 It would be “unprecedented”, “illegal”, “anti-American”: six days before the midterm polls open elections at USAthe American president Joe Biden warned candidates who have made no secret of their intention to challenge the results of the polls in case they are defeated that if they do, they will “open the door to chaos”.

“We can no longer take democracy for granted”said the 79-year-old president, in an extremely heavy tone.

It was expressed a short distance from the Capitol, the seat of the federal Congress, where supporters of Donald Trump, convinced that he was the winner of the 2020 presidential election, launched an attack and caused chaos on January 6, 2021, shocking the country and the whole world.

“I would like to be able to say that the attack on our democracy ended that day. But I’m not able”Joe Biden said, listing candidates poised to challenge the results of the Nov. 8 election, the first in the country since that attack.

“There are candidates running for office at all levels of the American public administration who refuse to commit to accepting the results of the elections in which they are participating.”emphasized the Democratic occupant of the White House.

Among the candidates, the meteoric rise of Kari Lake, a gubernatorial candidate in what is expected to be a bitter political battle in Arizona, is giving Democrats a cold sweat.

The Republican continues to denounce the outcome of the 2020 presidential election, insisting that the victory was stolen by Donald Trump, despite evidence to the contrary. The 53-year-old former TV presenter is also threatening to not recognize the result in Arizona if she loses: “I will win the election, this is the result I will accept”the candidate explained to CNN.

Former President Trump, who has never conceded defeat in the 2020 presidential election, also appears to be preparing to challenge the outcome of the midterms if it is unsatisfactory for Republicans.

That would put “on the road to chaos America”Joe Biden insisted, calling on his fellow citizens to oppose it “to political violence and voter intimidation”.

He cited as an example the case of Paul Pelosi, the husband of the outgoing speaker of the House of Representatives, who was attacked with a hammer inside his home in the early hours of Friday morning. The attacker insisted on knowing where his wife Nancy was.

Electoral committee members and elected officials stress that they see an increase in threats and intimidation.

The “urgent” for Americans is inflation

Conspiracy theorists are “determined” and sometimes “make themselves heard,” said Mr. Biden, who is trying, without much success, to put the defense of democracy at the center of the political dialogue, while Republicans simply prefer to attacks his account in the field of economics.

Incessantly accusing the Democratic president of inadequately dealing with “relentless” inflation, Republicans look increasingly confident of depriving him of his party’s slim majority in both houses of Congress.

According to a Quinnipiac University poll released Wednesday (2/11)36% of Americans believe that the most “urgent” issue for the country is inflation.

The right to abortion, with appeals in defense of which Democrats are trying to mobilize their base, follows at a distance (10%). The defense of electoral procedures concerns 6%.

Several recent polls show the GOP has a very strong chance of winning the House, however the fate of the Senate seems less certain.

Joe Biden is struggling to turn the tide. Americans are “suffering” from inflation, he acknowledged earlier yesterday at the White House at an event on manufacturing jobs.

As they face headwinds, some Democrats are calling in the… cavalry, in which they are pinning their hopes to save them: notably, among other gifted orators, former President Barack Obama.

“If you’re feeling anxious or desperate right now, don’t complain” and above all, “don’t let the other side convince you that your vote doesn’t count”Mr. Obama admonished yesterday in Arizona — the state contested by Lake Carey.

BoC: If the economy develops as expected, there will be no need to raise rates — Tiff Macklem