Macron, Solz and Draghi are in Kyiv ‘to send a message of unity to the Ukrainians’

The BFM television network broadcast live the arrival of the train, on which the three European leaders were riding, in the Ukrainian capital.

Wearing jeans and a black polo shirt, Macron in a suit, white shirt and no tie, and Draghi in a spring blue sweater, arrived at the train station dock, accompanied by the ambassador to France. Etienne de Ponsen.

“This is an important moment. It is a message of unity that we are sending to the Ukrainians,” said Macron, who is due to meet with the Ukrainian president today. 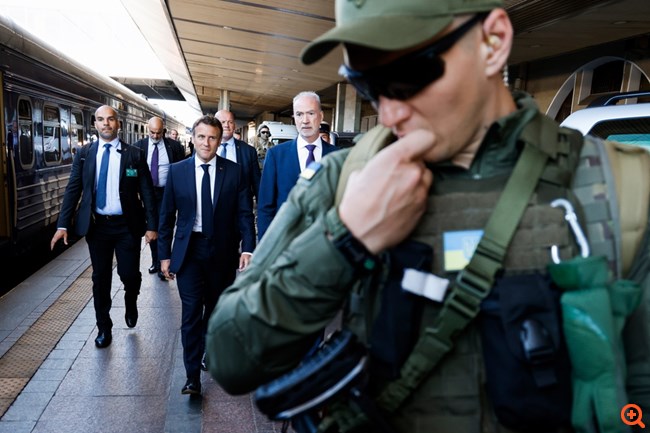 Asked why the visit is taking place now, an Elysee Palace official said the three leaders thought it would be best to do so before next week’s EU summit on Ukraine’s bid to join the 27-nation bloc. . 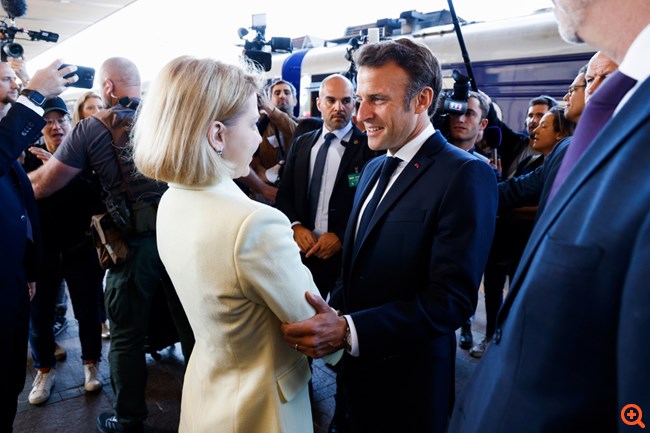 The European Commission is due to present its opinion on Ukraine’s EU membership questionnaire tomorrow, something most major European countries are facing.

“The best time for this visit would be the European Council on June 23 and 24, where a strong symbolic move by the Ukrainians is expected,” he said.

“A balance must be struck between Ukraine’s reasonable aspirations to join the EU at a very special time and the attention we must pay to all countries that already have candidate status and are stuck in accession funds, as well as the fact that “We must not destabilize or fragment the EU,” she said.

“We want a victory for Ukraine over Russia, which will restore the country’s territorial integrity, including the Crimea that Russia occupied in 2014,” a French diplomatic source told Reuters.

According to the same source, the Ukrainian president is the one who will determine what could be a military victory. 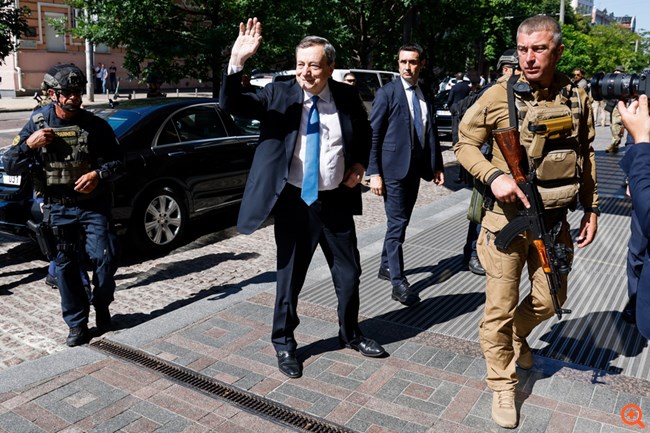 This is the first visit by three European leaders to Ukraine since the Russian invasion on February 24.

It took weeks for the three European leaders to arrange their visit, as they sought to overcome criticism within Ukraine of their actions in the war.

Reuters notes that Kyiv has criticized France, Germany and to a lesser extent Italy for failing to act in favor of Ukraine and has accused them of delaying arms deliveries and promoting their personal prosperity over freedom and Security of Ukraine.

According to Reuters, Ukraine is particularly critical of German military aid, and the Ukrainian ambassador to Berlin, Andri Melnik, told Germany’s NTV that he estimated that Soltz would hand over heavy weapons, which he has long pledged. that he will send to the country but has not yet sent.

Diplomatic fever after the Russian invasion

The three leaders’s visit to Ukraine comes weeks after other foreign officials traveled to Kyiv to express their support for him following Russia’s February 24 invasion.

On March 15, the Polish, Czech and Slovenian prime ministers were the first foreign leaders to visit Kyiv.

Johnson, who arrived in the Ukrainian capital by train from Poland, was filmed on the city streets with Ukrainian President Volodymyr Zelensky.

He said he wanted to show his country’s “full support” and paid tribute to the Ukrainian army.

“This visit is a manifestation of Britain’s resolute, strong and continued support for Ukraine. We appreciate it and will always remember it,” Zelensky said.

Charles Michel in the shelters

The previous day, on April 8, the head of the European Commission, Ursula von der Leyen, had visited Kiev.

“We are with you when you dream of Europe,” he said.

“Russia will sink into economic, financial and technological disintegration, while Ukraine is moving towards a European future,” he added.

European Council President Charles Michel has also visited Ukraine. “History will not forget the war crimes committed here,” he said during his first visit to the country on April 20.

On May 9, Michelle paid an episodic visit to Odessa as she had to go to a shelter due to Russian bombing.

On April 28, Russian missiles struck Kyiv amid a visit by UN Secretary-General Antonio Guterres, who said he was “shocked”, according to his spokesman.

Although US President Joe Biden has not yet visited Ukraine, Jill’s wife paid a brief surprise visit on May 8. During the meeting he met with the Ukrainian First Lady Olena Zelenska at a school near the border with Slovakia. “The American people are on the side of the Ukrainians,” he said.

- Advertisement -
Share
Facebook
Twitter
Pinterest
WhatsApp
Previous articleWhat are the next moves of Microsoft for the strategic investment of data centers in the Mediterranean
Next articleBMWs are not always brutal monsters. 10 cute and even funny models

About 4,000 beagles rescued in Virginia are looking for new homes