Meet the best Xiaomi smartphone in 2021: what’s new in the Xiaomi 12

In 2021, Xiaomi launched a lot of really noteworthy smartphones – like the Mi 11 Ultra with an auxiliary screen on the back, the Mix 4 with an invisible front camera and of course the foldable Mix Fold. The end of the year is approaching, and even its last week will be remembered for another bright announcement from the tech giant. On December 28, the presentation of the next generation of flagships in the face of Xiaomi 12 will take place. There will be two smartphones: the classic Xiaomi 12, which will return the Chinese brand to the compact category for the first time after Xiaomi Mi 9 SE, and the more technically advanced universal Xiaomi 12 Pro with a larger diagonal.

Despite the fact that there are still a few days before the loud premiere, a lot is already known about the new products. The information in this article can be absolutely trusted, because it is official – it was revealed by Xiaomi herself on her home social network Weibo.

Design: more compact than iPhone 13, but nothing radically new

The appearance of the Xiaomi 12 remained unknown until recently. As it turned out, it’s not worth waiting for something special. The flagships will retain the design in the style of the latest models, including a curved screen with a round cutout at the edges and a massive rectangular block for the camera system on the back. The diagonals are more remarkable: the Xiaomi 12 will have a discreet 6.28 inches, while the Xiaomi 12 Pro will have 6.8 inches. And the most interesting thing is that Xiaomi guarantees for Xiaomi 12 the dimensions are more compact than the iPhone 13 (69.9 mm versus 71.5 mm in width). The smartphone will be more comfortable in your hand and you will be able to grab it completely, closing your fingers. All because of the thinner frames. 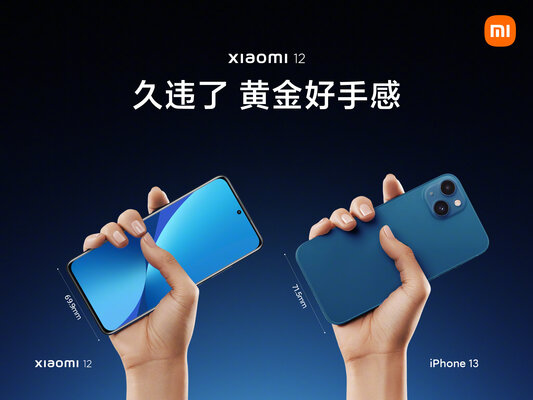 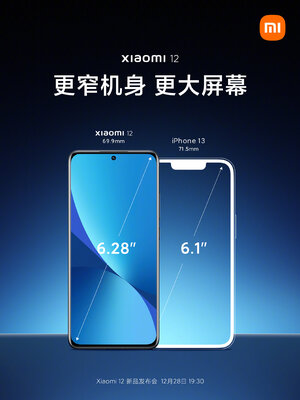 Xiaomi 12 color options include green, blue, pink and gradient black. Moreover, the green version will have a tactilely pleasant textured body with imitation leather – Xiaomi has not had this yet, but competitors have. 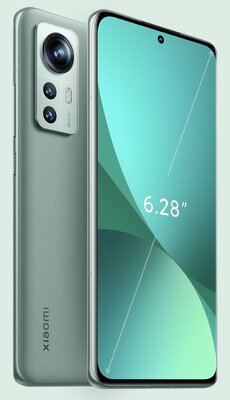 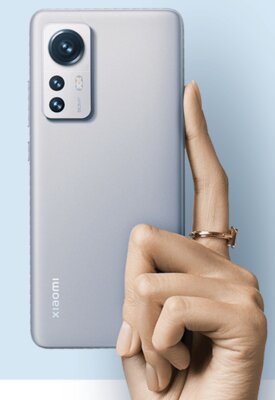 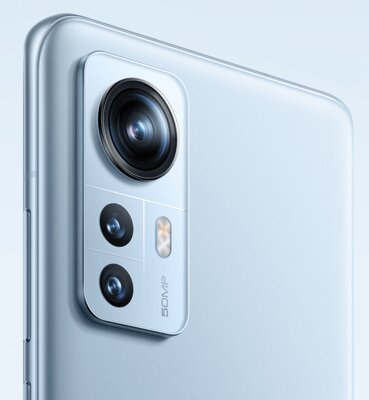 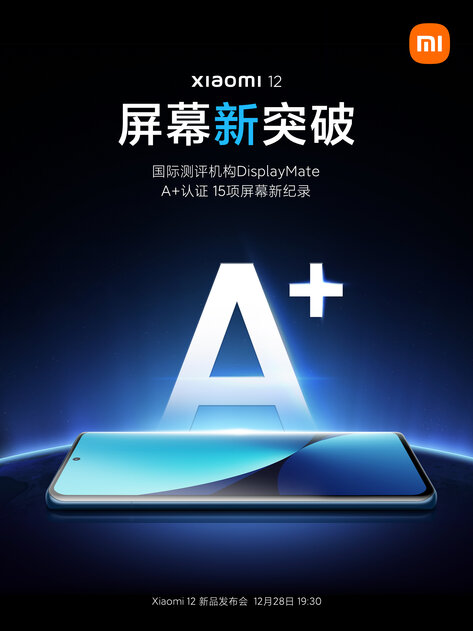 According to Xiaomi, the Xiaomi 12 display is certified by DisplayMate with an A + rating – the best indicator for color rendering, contrast and brightness assigned by an expert organization. Xiaomi CEO Lei Jun also noted that the upcoming flagship supports HDR10 +, Dolby Vision, 16,000 gradations of brightness and set 15 new records in the field of display technology, but he did not specify what exactly it was about. 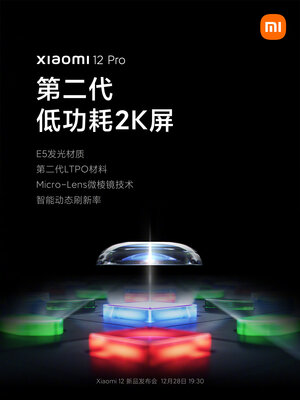 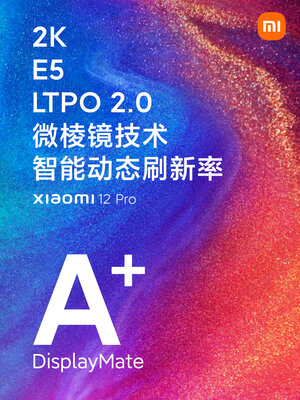 Now for the benefits. The Xiaomi 12 and Xiaomi 12 Pro use the industry-leading Samsung E5 2K resolution AMOLED panel based on second generation LTPO technology. The adaptive refresh rate is intelligently adjustable from 1 Hz for static processes (such as reading a book) to 120 Hz for active interaction. The smartphone will be able to automatically adjust the sweep for certain tasks, whether it is watching a news feed (10 Hz) or being on the desktop (30 Hz). The innovation will ensure smooth operation with balanced energy efficiency, which will have a positive impact on battery life. As protection – the most modern Corning Gorilla Glass Victus.

Processor: Xiaomi 12 – one of the first in the world to be powered by Snapdragon 8 Gen 1 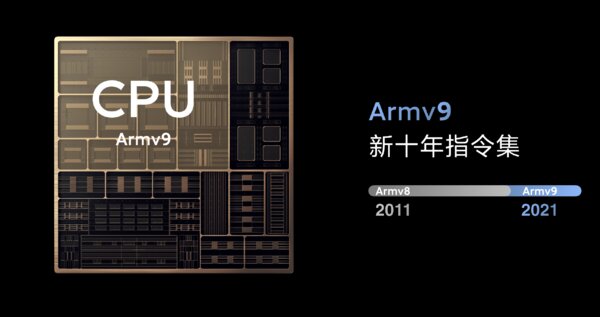 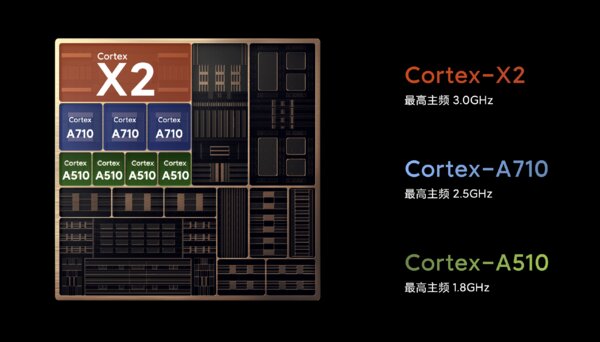 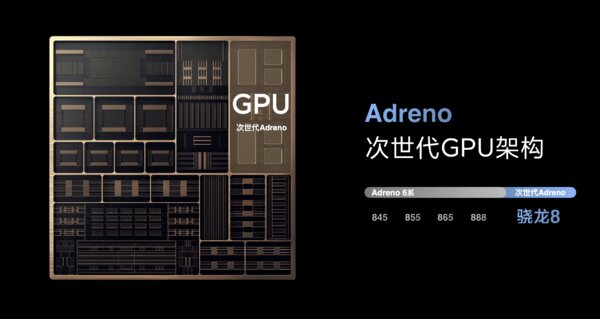 In 2021, the processor ball in the market for Android flagships was the Snapdragon 888 and its accelerated modification Snapdragon 888+, released after. The year 2022 will be dedicated to Snapdragon 8 Gen 1, the latest 4nm chip with ARMv9 architecture, which was created as part of a large-scale rebranding of Qualcomm’s flagship lineup.

Xiaomi 12 and Xiaomi 12 Pro will not be honored to carry the title of the first smartphones based on Snapdragon 8 Gen 1. But they will definitely be among the first, since after the Motorola Edge X30, which is rightfully the only one, there was no one else. Recall that the Snapdragon 8 Gen 1 arsenal contains a lot of modern technologies and unusual features: 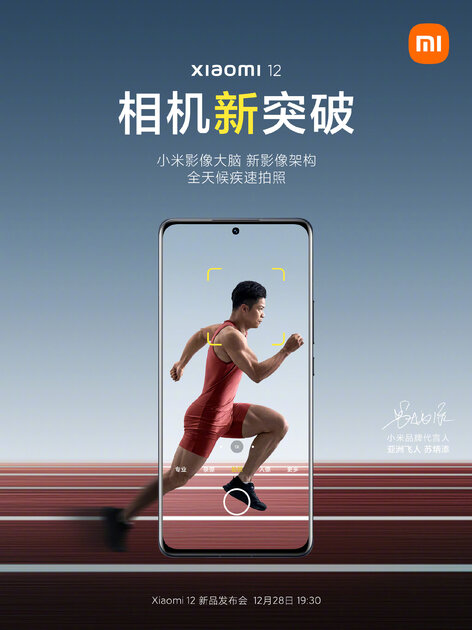 Promo posters published by Xiaomi report that the company has made a breakthrough in mobile photography. The cutting edge architecture of Xiaomi Image Brain has been in development for 2 years and will show itself in Xiaomi 12 and Xiaomi 12 Pro. Most likely, this is some kind of software responsible for image processing using artificial intelligence.

The Xiaomi Image Brain will allow the Xiaomi 12 and Xiaomi 12 Pro to capture fast-moving objects as if they weren’t moving in the frame. The final photo will be of high quality and, most importantly, not smeared. There are no details about how the technology works. The main sensor in smartphones has a resolution of 50 megapixels.

Front camera 32 MP, rejuvenating the skin through the neural network 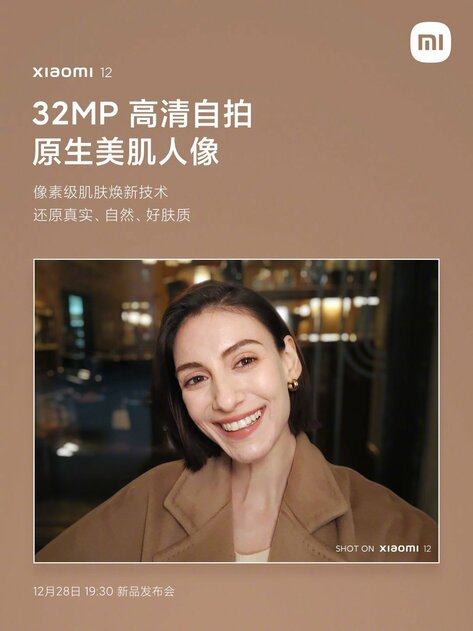 The 32MP front camera of the Xiaomi 12 promises “naturally beautiful portraits”. Xiaomi has perfected skin rejuvenation technology by implementing it at the pixel level. The built-in generative neural network (GAN) will restore the original skin details so that the faces of people in the photo are clean and natural.

Fast charging: 120W over the wire without overheating 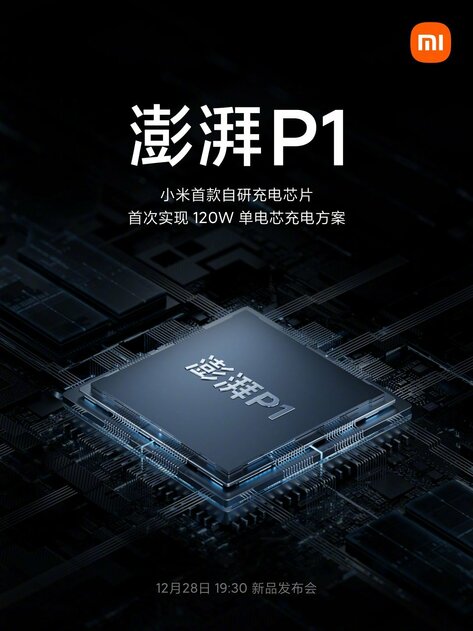 For the first time in the Xiaomi lineup, the Xiaomi 12 Pro will be equipped with the proprietary Surge P1 charging chip. It took 18 months and $ 15.5 million to develop, the company says. The key feature of the technology is fast charging with a power of 120 W for one battery, while the analogs use two-cell batteries with a capacity of 2000-3000 mAh, which thicken and drain the design of the smartphone.

The Surge P1 is the industry’s first smart charging chip with 97.5% efficiency. When the device is connected to a power source via a wire, the charging efficiency reaches 96.8%, heat losses are reduced by 30%. The controller supports a total of 15 modes, including ultra-fast reversible charging. 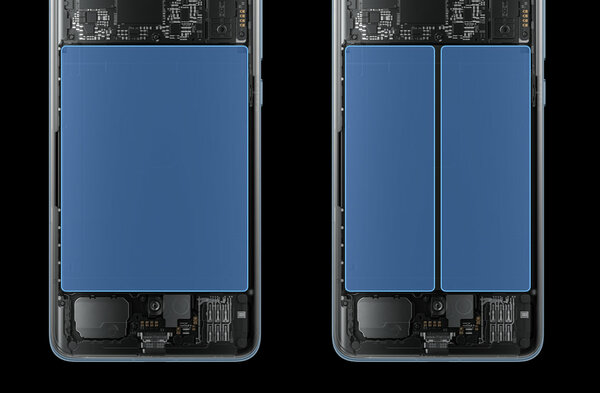 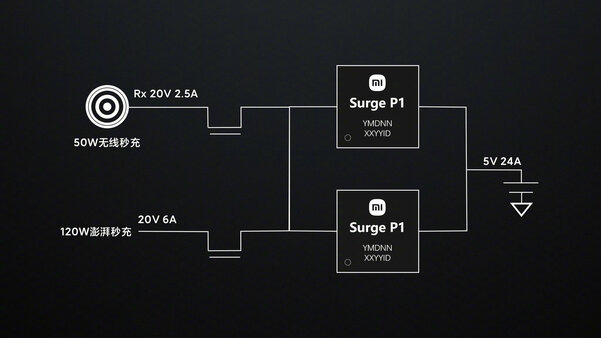 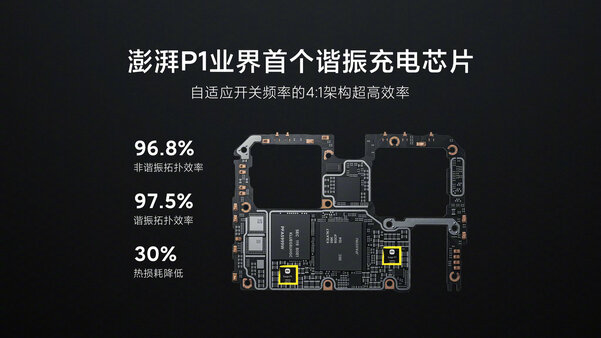 Thanks to the Surge P1, the Xiaomi 12 Pro will not heat up above 37 degrees when the low temperature mode is activated. For half an hour of gaming, the temperature will be 43.5 degrees. The Snapdragon 8 Gen 1 Dynamic Performance Scheduling technology also delivers impressive results.

MIUI 13 out of the box: Android 12, redesign and fresh features

The Xiaomi 12 and Xiaomi 12 Pro are expected to be debut smartphones running MIUI 13 out of the box. The firmware will be based on the Android 12 operating system, so there will be updated elements and various interface improvements.

For example, from a recent leak, it became known about some chips: desktops will scroll endlessly, automatically returning to the original page, the Smart Toolbox sidebar will allow you to quickly access other options and applications from anywhere, and widgets will radically redesign and make them look like iOS … According to other sources, fresh fonts, animations, icons and wallpapers will be added to MIUI 13.

Xiaomi 12: specifications and prices (not confirmed) 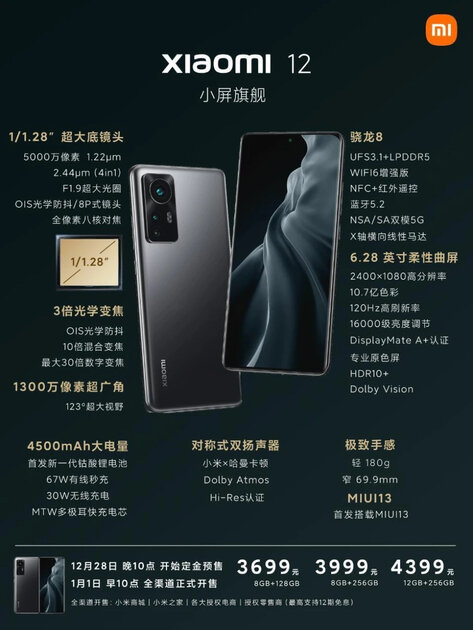 In addition to the official teasers from Xiaomi, the full technical specifications and Chinese prices of Xiaomi 12 have leaked online. The leak was spread by the media, but it cannot be taken seriously as it looks dubious. Trusting the data or not trusting specifically here is a purely personal question.

Xiaomi 12 specifications are as follows:

www.worldstockmarket.net/
- Advertisement -
Share
Facebook
Twitter
Pinterest
WhatsApp
Previous article
President of OPEKEPE: A series of actions allowed the improvement of the amounts in the liquidation of the basic aid
Next article
Ireland: Omicron mutation predominates within one month

Huawei FreeBuds 5i review: a great choice for everyone except audiophiles